Between June 11 and July 5, 12 people were shot by the Chicago Police. Six were killed, six others wounded. These 12 human beings, whose lives, whose families and kids, or the fact that in many cases they were themselves just kids—with their whole lives in front of them—meant nothing to the enforcers of the system. The Chicago police have been shooting people down at a rate that shocks the conscience. Here are the stories of nine of them. 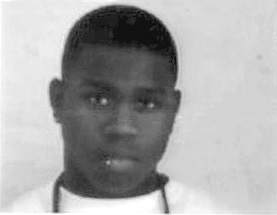 Seventeen-year-old Jonathan Pinkerton was planning on touring colleges this summer, between his junior and senior years at Corliss High School. On June 11 graduation and the prom were over and he was passing a warm summer evening with his friends at Altgeld Gardens housing project. Though his mother had moved out of the “the Gardens,” his grandmother still lived there. And Jonathan often returned there to spend time with the friends he grew up with. On the evening of June 11, police chased Jonathan, shot him in the back—then, while he was laying on the ground wounded, one cop knelt on his back while, according to witnesses, another cop kicked him in the head. Jonathan, paralyzed from the waist down by the police bullet, turned 17 in the hospital. 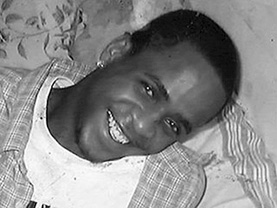 On June 14, Chicago police shot and killed Devon Young. Devon dreamed of being a rap artist and practiced his raps in his friend’s apartment, 40 paces from where he was killed by police. Neighbors say that Devon—D-Mack to people on the block—was killed, shot in the back execution style, while kneeling with his hands in the air shouting out to the police “don’t shoot, don’t shoot—I ain’t got nothing.” Devon’s family says he was trying to get back into school and looking for work. His main goal was to be a good father to his four-year-old son. A neighbor was quoted in the Chicago Tribune saying that Young was not carrying a gun on the night he was shot and killed. On the block where D-Mack was killed, youth wear grim faces as they talk about how police “hop out on you for nothing.” The police “slapped palms” after D-Mack was killed and told each other “Good job,” according to a number of people on the block who spoke with reporters. “They don’t treat dogs this bad,” said one of D-Mack’s friends. Killed by police at the age of 25.

On that same night, June 14, a block away from where Devon Young was shot, another young man was shot in the back after he stopped and put his hands up when the police shouted “freeze.” He is now on the hospital tier of Cook County jail—also charged with possessing a weapon that his friends told us he did not have. Steven had recently attended his son’s kindergarten graduation.

On June 16, according to a report in the Chicago Tribune, yet another young man was shot by police on Chicago’s West Side. The article entitled “2 killed, 3 injured in police shootings over the past week” said this man was shot and wounded by police—the fifth in a five-day span. People in the neighborhood say the victim of this police shooting, who the Tribune did not even see fit to identify, was named Melvin Barlow. Someone who lives where the shooting happened told us that the police had stopped a car, the three guys in the car broke out running, and the police shot one young Black man in the back. 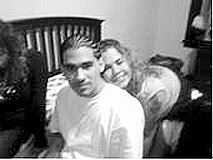 According to family friends, Luis Colon was really into music—he especially liked to rap. He’d even made a homemade CD, covering other rappers. He also enjoyed kickboxing. When he was ten, he had wanted to be a fireman. A family friend remembers him running around in his fireman’s hat. People remember him as polite and respectful to family and friends. He loved his grandmother’s home cooked Puerto Rican food. People described him as very loyal. There are four MySpace pages devoted to him: “RIP Luis Colon 6-24-08.”

Luis was shot and killed by police on a sunny day across the street from a park crowded with children. He had just turned 18 on May 20.

Callie Cooks, Darius Nicholson’s wife told Chicago Channel 2 news reporters that she called police to the home she shared with Nicholson after he suddenly became violent with her. She said that something was completely out of character for the normally loving father and grandfather. “They came on a domestic. We ended up with a death,” Ms. Cooks told Channel 2. “If I only knew what went on in that room that precipitated them to fire that many shots into a room with one man,” said Ms. Cooks. “The situation just wasn’t handled the way it could’ve been, and we could’ve had a different outcome.”

Forty-four-year-old Robin Johnson reportedly lived on the streets off and on for years, and her daughters told the Chicago Sun-Times that she’s suffered from mental problems since an early age, as well as epilepsy. According to the police story, Ms. Johnson was allegedly in a fight with another passenger on a bus on the city’s North Side when the bus driver flagged down a police officer for help. According to police, Johnson took the officer’s gun in a scuffle and then shot him multiple times, resulting in his death. She was then shot multiple times by other members of the CPD as they arrived on the scene. The Sun-Times reported that her daughters challenged this story, asking how she could have overpowered the officer and noting that “she hardly knew how to use a cell phone.” Her daughters also said that she was very sweet, enjoyed playing cards, and made sure they knew how much it meant to her that they live better lives and were able to achieve more than she had in life. Johnson could now face the death penalty resulting from the charges from this incident. 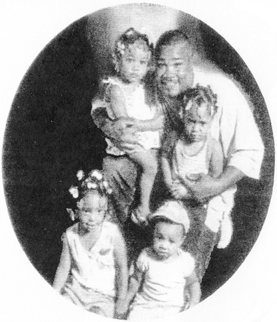 Shapell Terrell was raising seven children and going to work every night at 2:00 am, driving a sanitation truck. On the night of June 22, according to witnesses, he turned his back on detectives and opened the door to the four-flat where his mother and other members of his family stayed. The police detectives opened fire on him, shooting him 14 times in the back. Bullet holes in the walls of the hallway six inches from the floor show how they continued to shoot him after he was lying face down in the entry hall.

Shapell was known as Pell or Pelly Pell to his family and friends. His children ranged in age from 20 years to 4 years, and his love of children showed in his special devotion to his two youngest daughters—four and five years old. His cousin described how Pell would wake up a room when he walked in with his shouts of “Whoop-de-Woop,” a shout that people repeated in his honor at his funeral. Shapell Terrell, shot dead by Chicago police less than a month before his 40th birthday.