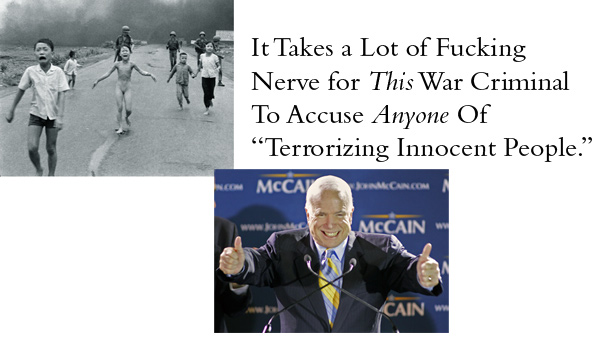 Concerning John McCain’s attack on Bill Ayers: The United States killed several million people during its war against Vietnam. The United States bombed cities and villages filled with civilians in terror raids directed against the people. The little girl above was the victim of an American bombing raid, which used the jellied burning gasoline called “napalm.” John McCain was a U.S. pilot during that war who flew over 20 bombing missions against just these sorts of targets. McCain is a war criminal. And, by the way, this is the man who Barack Obama “honors for his service.”