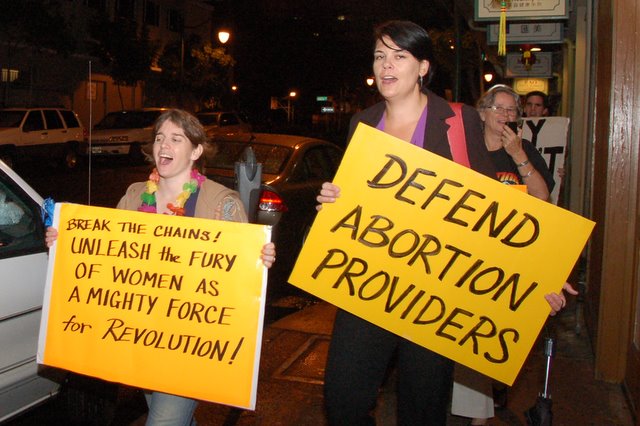 On Friday night a raucous crowd of about 50 people marched through Chinatown carrying signs and chanting slogans demanding respect and equality for women and gays. It was the First Friday Art Walk and thousands of people were gathered around galleries, open food courts and night clubs. Many clapped and chanted along—and some grabbed up signs and joined what turned out to be a rousing beginning of the International Women’s Day weekend. This outpouring of resistance demanding a woman’s right to choose had been called by World Can’t Wait-Hawai`i and was joined by supporters of the RCP, Planned Parenthood, and a civil unions coalition. 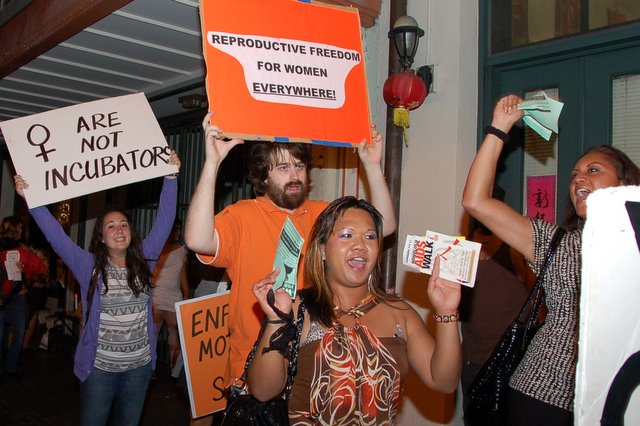 After months of lamenting the apathetic attitudes around abortion and a woman’s right to choose in particular, it was an incredible breath of fresh air for activists to see such a fresh, bold, and diverse group come together. And for the thousands who heard and saw us, it was impossible for them not to respond—with either enthusiastic support (the majority) or with dismay and disapproval. When the noisy group finally finished, people were hastily exchanging names and phone numbers, picking up leaflets for Sunday’s International Women’s Day celebration at Revolution Books, and making plans to work together in the future. 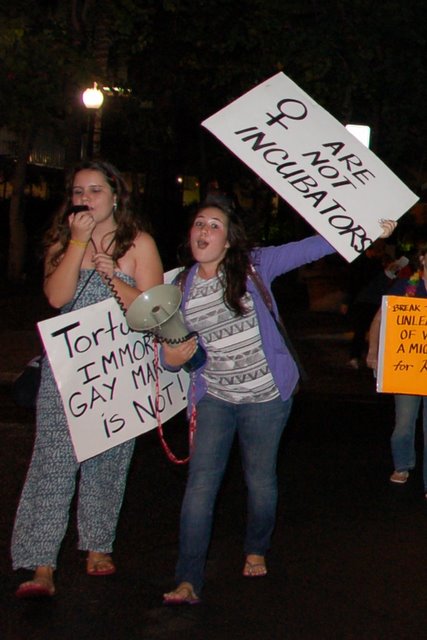