The following was sent to Revolution from a reader: 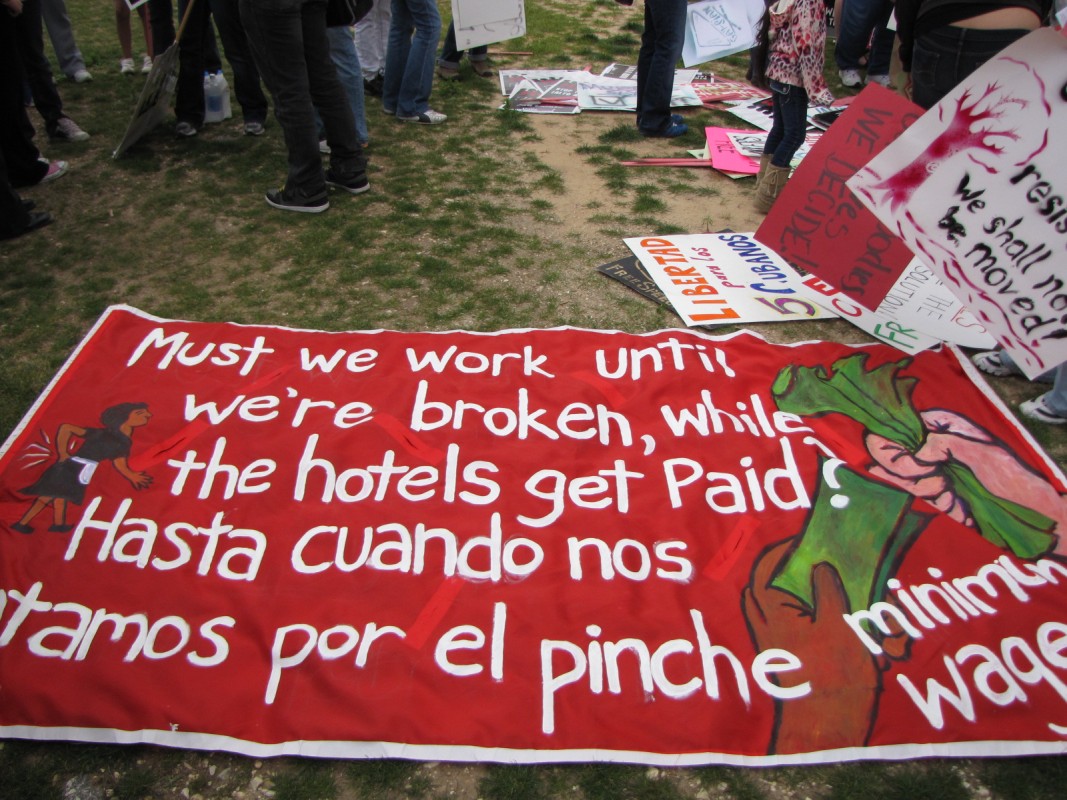 2000 women and men took to the streets for the 20th annual march celebrating International Women's Day in San Antonio, TX. All ages represented, with a large number of young Chicanas at the core of the activity and organizing. The initial rally targeted the "Grande Hyatt" where mainly immigrant women are fighting for a union. Then the march took to the streets, in the face of intense and increasing efforts on the part of the city to shut it down—including demands for tens of thousands of dollars in "public security fees." Posters and banners reflected the many struggles in which these women had become the central force—"Stop the Violence Against Women—We are not the Enemy!"; "No More Racism!", "No to War." "Not the church; not the State—women must decide our fate!" was one of the favorite chants.

Into this mix we brought the party's statement—"Break the Chains! Unleash the fury of women as a mighty force for revolution!" The women we spoke to loved it, even breaking out in applause as we finished up our agitation with the section talking about Bob Avakian's new conception of revolution and communism: "In this revolution the defiance and impatience women feel is welcomed and sustained as a mighty force that can move us all forward in the fight to emancipate all humanity. In this revolution, women and men are transforming themselves as part of fighting for a world worth living in. This revolution is real and it's creating the kind of ethos, culture, and communist morality for women to be fully unleashed, not some time later but in this struggle today." Several hundred papers got out throughout the day, with significant contributions. And a number of new women stepped forward to offer their assistance to our projects—most especially wanting to bring Sunsara Taylor to their campuses. 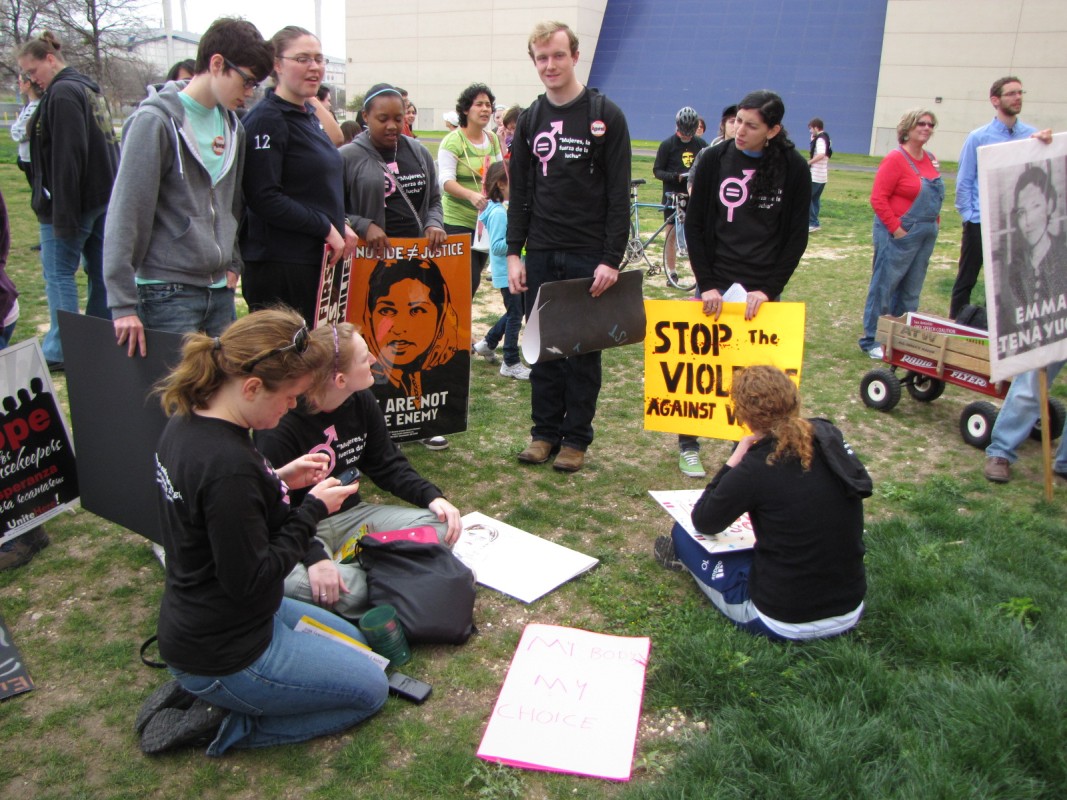 Revolution—the need for it, the possibility—drew interest, support and deep thinking, and challenges of the best kind. When presented with some of the ideas in the new synthesis, one woman, who started out talking about Cuba and Venezuela, questioned the ability of those who come after a great leader to carry through on the original conception. She called the new synthesis a "very very optimistic" view of what is possible—but her face lit up when we said that these kinds of relationships and this kind of morality has to be brought forward and fought for today. She was one of those contributing for a pack of literature, including the DVD, AWAG & the Manifesto, for a new study group. Her friend had grabbed us saying that "I need that DVD," and then exclaimed several times at reading the themes listed in the index of the party's Manifesto—"This is so important!" 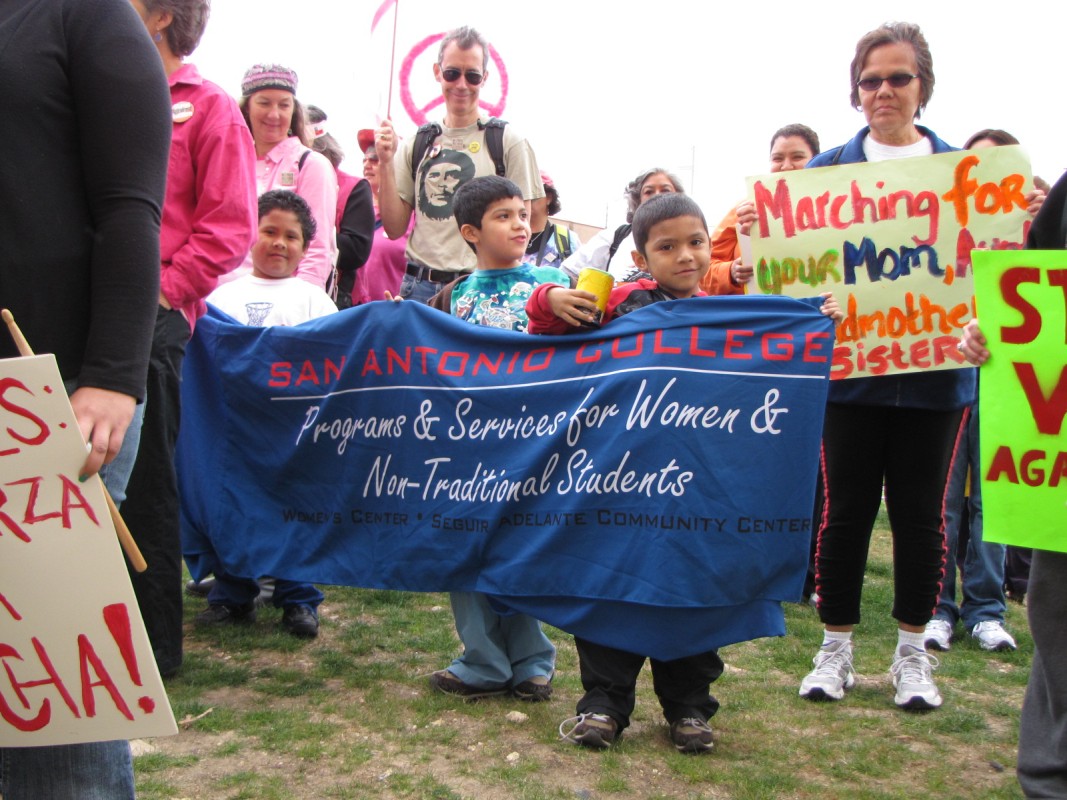 There were so many other inspiring elements and moments throughout the day—the young men refreshed and enlivened by an atmosphere in which women were breaking radically from Adam & Eve morality; the reading of a poem by Merle Woo tracing and interlacing the defiant spirit and brutal murders of Rachel Corey and Gwen, a transvestite beaten to death by reactionary dominating thugs here in the U.S.; a participant's summation of the importance of the march—that so many women are brutalized and suffer every day individually and alone, but on this day thousands have come together, in resistance—to say NO MORE.