About 200 women and men marched, including people from Mexico, Iran, Somalia, El Salvador, and other countries. The march, called by a coalition of over 40 groups, stopped at different sites that concentrated oppression of women, including the jail and military recruitment center. People showed images and spoke out exposing the horrific oppression these institutions force upon women. 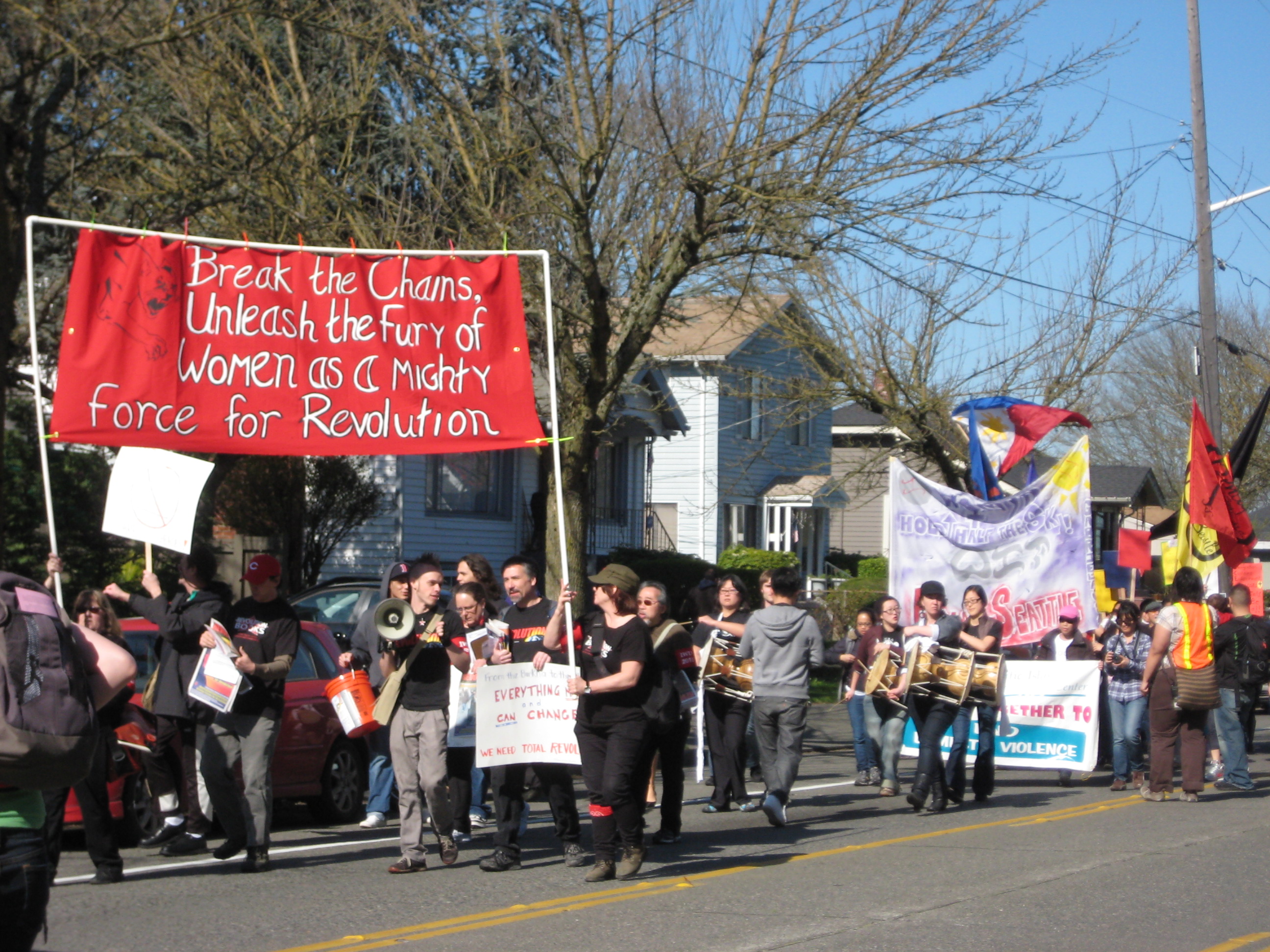