From A World to Win News Service

October 19, 2009. A World to Win News Service. The Indian government has announced that it is preparing a large-scale military offensive against areas in eastern and central India where adivasi (tribal) people and others have risen up under the leadership of the Communist Party of India (Maoist). Sanhati (www.sanhati.com), which describes itself as “a collective of activists/academics who have been working in solidarity with peoples’ movements in India by providing information and analysis,” drafted and circulated the following statement signed by many prominent Indian and international intellectuals demanding that the government offensive not take place. Dated October 12, the statement (and background note) reflects the views of that collective. 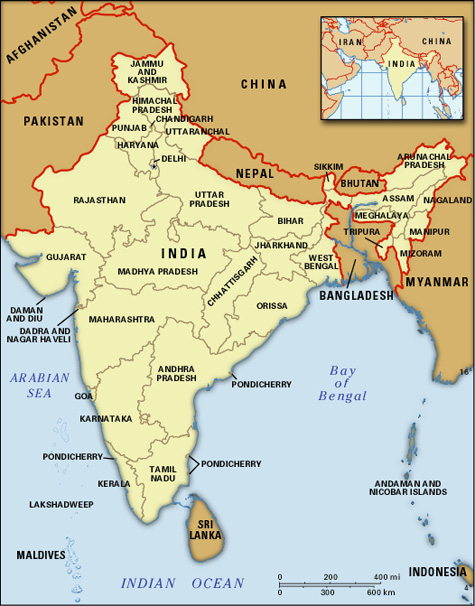 It has been widely reported in the press that the Indian government is planning an unprecedented military offensive against alleged Maoist rebels, using paramilitary and counter-insurgency forces, possibly the Indian Armed Forces and even the Indian Air Force. This military operation is going to be carried out in the forested and semi-forested rural areas of the states of Andhra Pradesh, Chhattisgarh, Jharkhand, West Bengal and Maharashtra, populated mainly by the tribal (indigenous) people of India. Reportedly, the offensive has been planned in consultation with U.S. counter-insurgency agencies.

We are deeply concerned by the Indian government’s plans for launching an unprecedented military offensive by army and paramilitary forces in the adivasi (indigenous people)-populated regions of Andhra Pradesh, Chhattisgarh, Jharkhand, Maharashtra, Orissa and West Bengal states. The stated objective of the offensive is to “liberate” these areas from the influence of Maoist rebels. Such a military campaign will endanger the lives and livelihoods of millions of the poorest people living in those areas, resulting in massive displacement, destitution and human rights violation of ordinary citizens.

To hunt down the poorest of Indian citizens in the name of trying to curb the shadow of an insurgency is both counter-productive and vicious. The ongoing campaigns by paramilitary forces, buttressed by anti-rebel militias, organized and funded by government agencies, have already created a civil war like situation in some parts of Chhattisgarh and West Bengal, with hundreds killed and thousands displaced. The proposed armed offensive will not only aggravate the poverty, hunger, humiliation and insecurity of the adivasi people, but also spread it over a larger region.

Grinding poverty and abysmal living conditions that has been the lot of India’s adivasi population has been complemented by increasing state violence since the neoliberal turn in the policy framework of the Indian state in the early 1990s. Whatever little access the poor had to forests, land, rivers, common pastures, village tanks and other common property resources has come under increasing attack by the Indian state in the guise of Special Economic Zones (SEZs) and other “development” projects related to mining, industrial development, Information Technology parks, etc.

The geographical terrain, where the government’s military offensive is planned to be carried out, is very rich in natural resources like minerals, forest wealth and water, and has been the target of large scale appropriation by several corporations. The desperate resistance of the local indigenous people against their displacement and dispossession has in many cases prevented the government-backed corporations from making inroads into these areas.

We fear that the government’s offensive is also an attempt to crush such popular resistances in order to facilitate the entry and operation of these corporations and to pave the way for unbridled exploitation of the natural resources and the people of these regions. It is the widening levels of disparity and the continuing problems of social deprivation and structural violence, and the state repression on the non-violent resistance of the poor and marginalized against their dispossession, which gives rise to social anger and unrest and takes the form of political violence by the poor. Instead of addressing the source of the problem, the Indian state has decided to launch a military offensive to deal with this problem: kill the poor and not the poverty, seems to be the implicit slogan of the Indian government.

We feel that it would deliver a crippling blow to Indian democracy if the government tries to subjugate its own people militarily without addressing their grievances. Even as the short-term military success of such a venture is very doubtful, enormous misery for the common people is not in doubt, as has been witnessed in the case of numerous insurgent movements in the world. We urge the Indian government to immediately withdraw the armed forces and stop all plans for carrying out such military operations that has the potential for triggering a civil war which will inflict widespread misery on the poorest and most vulnerable section of the Indian population and clear the way for the plundering of their resources by corporations. We call upon all democratic-minded people to join us in this appeal.

A World to Win News Service is put out by A World to Win magazine (aworldtowin.org), a political and theoretical review inspired by the formation of the Revolutionary Internationalist Movement, the embryonic center of the world’s Marxist-Leninist-Maoist parties and organizations.