In the weeks following the release of the Constitution for the New Socialist Republic in North America (Draft Proposal), from the Revolutionary Communist Party, USA, people have begun experimenting with new and creative ways to tell the world of this radical step into the future.  The cover of the Constitution has begun to appear through light projections. It was seen projected on UC Berkeley’s Sproul Hall (top), a major center of radical student protest in the 1960s. More recently, it was projected on buildings at and near the United Nations in New York (bottom). If you observe other creative expressions, send photos and descriptions to Revolution. 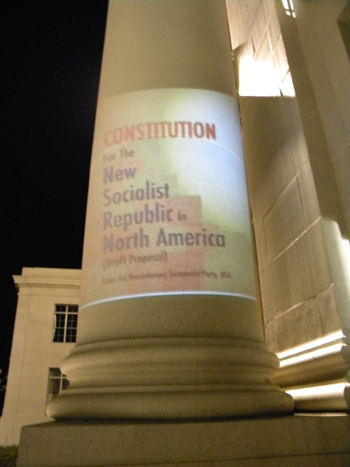 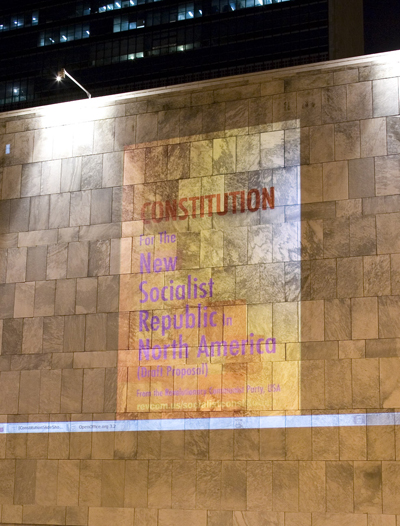