Excerpts from AWAY WITH ALL GODS! Unchaining the Mind and Radically Changing the World by Bob Avakian

"The Bible, Taken Literally, Is a Horror"
and
"Christian Fundamentalists, Christian Fascists"

Editors' Note: The following are excerpts from the book AWAY WITH ALL GODS! Unchaining the Mind and Radically Changing the World, by Bob Avakian (available from Insight Press). The book was published in 2008.

The Bible, Taken Literally, Is a Horror

All this is why, with profound reason and justification, it must be said that the Bible, taken literally, is a horror. And the fundamental question demands to be posed: Is what the Bible portrays about people and their relations—how those relations ought to be, how, according to the decrees of God, they have to be—is that really the kind of world we want?

From what has been shown so far, and what will be gone into further in the course of this book, it becomes unmistakably clear that the following are some of the extremely oppressive relations and beliefs that are upheld—and not just upheld, but advocated, commanded and celebrated—in the Bible:

Slavery and other forms of ruthless exploitation.

The domination and degradation of women by men, including the so-called right of male conquerors to carry off women, especially virgins, as prizes of war, rape them, and make them concubines—sex slaves—of the conquerors.

The killing of women who are not virgins when they get married.

The execution of women alleged to be witches.

The condemnation of homosexuality as not just a sin, but an abomination deserving of death.

The right, and indeed the duty, as commanded by God, to plunder and slaughter people—including the babies and infants of people—following other religions.

The slaughter of people of the one true faith who displease that God.

Killing of children who rebel against their parents.

Belief in superstition and fear, and fear-inspiring ignorance, such as demon possession and exorcism.

The cruel notion that disease is caused by sinfulness.

The condemnation to eternal damnation and unbearable suffering in hell for all those who do not accept “the one true God”—and, in the case of Christianity, Jesus as the son of God who was crucified but then raised from the dead.

All of this, along with many other atrocities and outrages, is upheld and promoted in the Bible. If you believe in the Bible—and especially if you believe and insist that it is the divinely-dictated, or divinely-inspired word of God and all of it must be taken literally—then all of these atrocities and outrages are things that you must say are right and good because the Bible says they are right and good. And that is precisely the case with the right-wing Christian fundamentalists who can be very accurately characterized as Christian Fascists.

Now, right away, the question may arise: “Why do you call these right-wing Christian fundamentalists Christian Fascists?” Well, the simple and basic reason is that they are Christians, and they are fascists. [Laughter] They are the present-day American version of the Nazis in Germany, headed by Hitler, in the period before and during World War 2. They want to impose a fascist theocracy on society—an openly repressive form of reactionary rule, in the interests of the capitalist class and the capitalist-imperialist system of exploitation, in which law and the exercise of political power will be based on and justified on the basis of Christian scripture and “Biblical law”—as interpreted by authoritative figures recognized as legitimate by these Christian Fascists.

One of the things that is very striking is that when these Christian Fascists are confronted with the kinds of horrors that I’ve mentioned, many of which are based in the Old Testament of the Bible, they will say: “Oh, that was the Old Testament which God had with the ancient nation of Israel. That’s the old covenant. Now we have a new covenant, a New Testament, based on the life and teachings, and the death and resurrection, of Jesus.”

Well, as a matter of fact, the New Testament upholds such things as slavery and the subjugation of women. Paul’s letters throughout the New Testament, for example, do this rather emphatically. Paul insists repeatedly that slaves should be loyal to and obey their masters (see, for example, Colossians 3:22–24). The New Testament, in the person of Paul—who, as I will return to later, really is the most influential figure in the New Testament—tells people to obey earthly authority, without regard to how oppressive that earthly authority may be, because, as Paul puts it, such earthly authority is ordained by God (see Romans 13:1–7). The New Testament insists, in the words of Jesus himself (as in John 14:6 and John 15:6), that if you do not follow him and accept what he teaches, you will not be able to get into heaven and instead will be damned to horrible suffering in hell for all eternity.2 So, if you believe in and insist on taking the Bible literally, as the inerrant and unchallengeable word of God, you have to believe that everybody who follows another religion—and even children who die at any early age, without knowing anything about religion, one way or the other—must be condemned to eternal damnation because they haven’t accepted Jesus as their personal savior.

2. It is also worthwhile looking at Jesus’s parable of the Ten Pounds, in which a nobleman gives ten pounds to ten of his slaves and then, after a time, rewards or punishes them according to how they used this money—whether they wisely invested it or foolishly squandered it. At the end of this parable—which is supposed to be about the coming of the Kingdom of Heaven and what will happen to the righteous and to the evil ones when that time comes—the nobleman in the parable says: “But as for these enemies of mine who did not want me to be king over them—bring them here and slaughter them in my presence.” (See Luke 19:1–27—what is quoted here is verse 27.) And, not without any reason, Christian Fascists in the U.S., including in the U.S. military, interpret this parable, and in particular its concluding verse (Luke 19:27), as a declaration that those who do not recognize Jesus as Lord and savior will face merciless destruction when the Kingdom of Heaven arrives. As reported in the newspaper of our Party, Revolution (issue no. 98, August 13, 2007), in an interview with Tikkun magazine Mikey Weinstein of the Military Religious Freedom Foundation describes the outlook of the Christian fundamentalists in the U.S. military: “They often quote Luke 19:27 when I speak to them. That’s the Parable of the Pounds in which Jesus says: ‘go out among the people, and bring back to me those who refuse to accept me as King over them, and slaughter them.’”  [back] 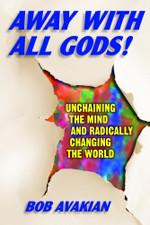