A Gathering of Internationalist Solidarity with Iran's Political Prisoners

A Gathering at Revolution Books

No to U.S. Imperialism, No to the Hated Iranian Regime

Another World IS Possible

Wednesday morning beginning at 8:00am, the mass murdering President of Iran’s Islamic Republic, Ebrahim Raisi, will be met by protests as he addresses the UN. At 4:00 pm, Revolution Books will host a special program of internationalist solidarity with Iran’s political prisoners - held in its dungeons, not for any crime, but for heroically opposing its brutal regime. We will raise our voices and demand their freedom now.

We will stand with the brave struggles of Iranian women against suffocating theocracy -- of poets, artists, and filmmakers to think and express themselves freely – of environmentalists for Iran’s ecosystems -- of teachers and workers against destitution and tyranny –of ethnic and religious minorities against persecution -- and of revolutionaries for emancipation.

These are our brothers and sisters.  They are our people! Their heroism reverberates across borders, inspiring courage, determination, and the potential for a new world.

Revolution Books is a beacon for a whole new world—inspired and guided by the work and leadership of Bob Avakian, the most important political thinker and leader on the planet today.

Stand Up for Justice and a Better World!

No to U.S. Imperialism, No to Islamic Republic & Mass Murderer Raisi! 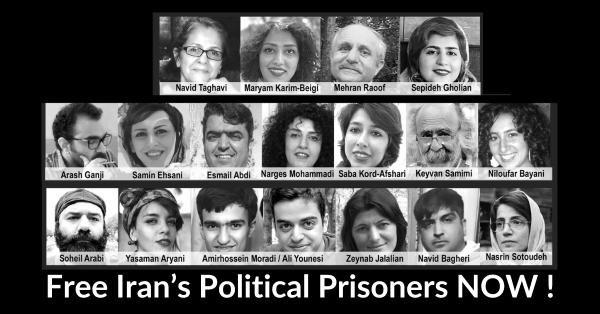