A World in Upheaval, A Planet in Flames

There IS A Way Forward...
A Better World Truly IS Possible

The new year dawns on a world in upheaval, a planet in flames.

Tens of millions of refugees flee from country to country—driven by war, violence and disastrous global climate change—and endure horrors worse than any hell imagined in any “holy book.” One half of humanity—women—demeaned, harassed, beaten, raped and murdered by the other half. All over the world, fascists march toward power. In the U.S. itself, Trump and his minions openly uphold the slaveholding Confederacy, vilify immigrants and Muslims, and work to bring back open white supremacy. They rain violence around the world, and threaten nuclear genocide. And all the while, the planet burns... and drowns.

How many have lived the past year in dread, disbelief and despair for the future of humanity, questioning how we got into this state and what can be done about it? Can anyone say that they are confident of the survival of human civilization? Let alone an advance to a world in which the masses of people can rise to their full humanity?

Some turn away, drowning in despair, numbing with drugs, or hardening in pursuit of a parasitical peace... for themselves. Some turn, or are turned, against each other in conflicts that ultimately make no sense at all. Some turn to promises that in the end lead nowhere.

But there IS a way out, a way forward. Beneath the extreme contradictions we face lies the very possibility of a whole new world, if we dare to take up struggle. The possibility actually exists—it is real—to go forward to a radically new society on the road to human emancipation. There is a way to understand the world, and on that basis to radically change it. There is a way to fight and work toward a world free of the madness that envelops humanity today. There is a strategy that could actually bring forward the tens of millions who deep down yearn for something better; a strategy that, when the time is right, could actually defeat those who rule today, with all their might and power.

That way forward is the new synthesis of communism, brought forward by Bob Avakian (BA). This new synthesis analyzes the world as it is, digging for the truth, without any hint of religion or relativism. It digs deep, going for the underlying patterns and dynamics, and it applies all this, as BA himself has said, “to reality in general and in particular the revolutionary struggle to overturn and uproot all systems and relations of exploitation and oppression and advance to a communist world.” And it does this in a way that’s not been done before. If there is to be a better world, if there is to be a way out of the madness and horror that looms, it will proceed through this—and nothing less. 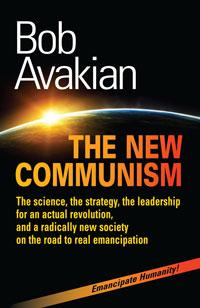 ... This book is a masterwork and a master class—it is a living laboratory of the new synthesis of communism developed by Bob Avakian. It is also striking in its ability to combine high level revolutionary communist theory and modeling of revolutionary leadership with a visceral, colloquial and passionate style that will resonate with and be accessible to a wide variety of readers.

This thought-provoking book is sure to challenge stereotypes and conventional thinking.

You can learn about this way in The New Communism, by Bob Avakian. You can learn about this leader and more about the science he’s developed in Science and Revolution, by Ardea Skybreak. You can see him doing the work up close in films like REVOLUTION—NOTHING LESS! And BA has actually written a constitution—Constitution for the New Socialist Republic in North America—to guide the new revolutionary power, a constitution that builds on the lessons of past revolutions but is an advance beyond and, in some critical ways, a rupture with what has gone before. This revolution is hard, but it is possible—and the road to that new society has been charted. 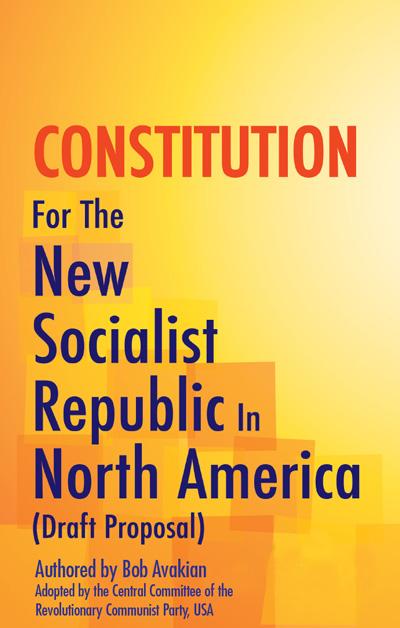 A Radical Step into the Future

Do you know anyone else—any person or organization—that has managed to bring forth an actual PLAN for a radically different society, in all its dimensions, and a CONSTITUTION to codify all this? — A different world IS possible — Check out and order online the Constitution for the New Socialist Republic in North America (Draft Proposal). Authored by Bob Avakian, and adopted by the Central Committee of the RCP.

And there is a leadership for this. There is Bob Avakian himself. We’ve truly never had a leader like this, who combines the most rigorous, clear-eyed scientific outlook with a deep feeling for humanity... who applies this science to the heaviest, deepest problems we face and puts it in the hands of the people who step forward to take it up, enabling them to understand and transform the world. There is the party he leads, the Revolutionary Communist Party, organized on the basis of the new communism—a party which you can learn about and join and build into the revolutionary instrument that could actually lead and fight forward toward this new world.

If across the planet parties based on this new synthesis grew into powerful forces... if they came into being where they don’t exist... that in itself would open up new possibilities. The world would look very different. As BA himself has written:

There is an urgent need for this new synthesis to be taken up, broadly, in this society and in the world as a whole: everywhere people are questioning why things are the way they are, and whether a different world is possible; everywhere people are talking about “revolution” but have no real understanding of what revolution means, no scientific approach to analyzing and dealing with what they are up against and what needs to be done; everywhere people are rising up in rebellion but are hemmed in, let down and left to the mercy of murderous oppressors, or misled onto paths which only reinforce, often with barbaric brutality, the enslaving chains of tradition; everywhere people need a way out of their desperate conditions, but do not see the source of their suffering and the path forward out of the darkness.

Right now, right here, humanity faces a sharp and dire threat from the Trump/Pence fascist regime. This regime is moving to lock down a directly fascist form of rule in the U.S. It is preparing to bring down horrors that could well mean the end of humanity and that could, in any case, foreclose the possibility for any change for the better for a long time to come. Bob Avakian’s film, THE TRUMP/PENCE REGIME MUST GO! In the Name of Humanity, We REFUSE To Accept a Fascist America, A Better World IS Possible, lays out why we face this situation and what must be done in the face of it. This film urgently must be seen and spread.

The organization RefuseFascism.org has taken on this battle. RefuseFascism.org unites people of many different viewpoints around the demand that The Trump/Pence Fascist Regime Must Go! It sets forth the stand: “In the Name of Humanity, We REFUSE to Accept a Fascist America!” The Revolutionary Communist Party supports RefuseFascism.org and calls on people everywhere to check out their website and join with them.

As the new year dawns, even amidst the horror and anguish, a better world truly IS possible. The need for such a world cries out. The challenge, the chance, is there for you to take. It is hard to be among the first who step on that road, but there is a just pride in learning about and working to become an emancipator of humanity.

What will YOU do? 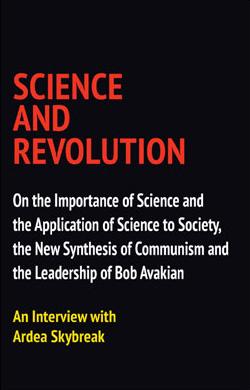 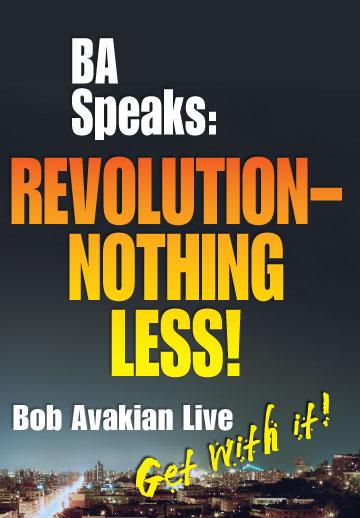 In the fall of 2012, Bob Avakian gave a series of talks in different cities. This is a film of one of those talks. Buy or order the DVD HERE 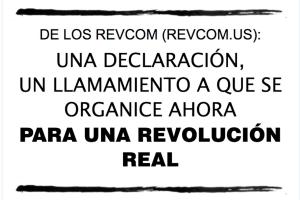 ¡No vuelvan atrás! ¡No se rindan!