Excerpt from a new book by Bob Avakian: Observations on Art and Culture, Science and Philosophy

Intoxicated with the Truth

In reading what I have said recently about epistemology (theory of knowledge) some people, including some who consider themselves communists, have commented, and not entirely in a positive way in all cases: “It seems you are intoxicated with the truth.” Alright, I’m intoxicated with truth—yes, I’m not ashamed to say that. The big bang—discovering more about that—isn’t that worthwhile and exciting?

There is a whole part in the epistemology discussion I had with some comrades1 about how truth becomes part of the struggle for communism. What is the relation between objective and partisan—how should we correctly understand that Marxism is both partisan and objective? Anyone who thinks it’s not important to actually know the truth will do a lot of harm. And anyone who thinks it’s just a matter of seeking the truth misses how this should be unfolded. Truths do not exist in a vacuum. Truths that are discovered enter into a whole process by which we are better able to know and change the world. But not in a narrow and utilitarian way. With a utilitarian outlook there is a whole dimension being missed. This has to do with how people see the concept of “solid core with a lot of elasticity.”2 Those who have a narrow and utilitarian approach don’t understand why we need this process of struggling for the truth as part of the socialist transition to communism.

Truth is good for the proletariat. I don’t mean that in a narrow way. Truth is good for the political struggle, yes—the more that is understood about reality, the more favorable it will be strategically for the proletariat and its revolutionary objectives. But there is a whole thing being missed if truth is approached in a narrow and utilitarian way. If somebody discovers something about the big bang, that will be interesting and exciting. Truths are important just for what they are, because that’s the kind of world we want to get to. For what they are. Human beings do need to be amazed. You don’t need religion to realize or appreciate that. In the motion of the material world and the interaction of human beings with the rest of reality, mysteries get resolved and new mysteries emerge. Why wouldn’t someone with broadness of mind be interested in questions of cosmology in their own right? (Cosmology refers to the science and philosophy of the origins and development of the universe.) On the other hand, in another dimension, so long as society is divided into classes, anything that is learned will become part of the class struggle in many different ways, including in the dimension of the proletariat knowing the world more profoundly to change it more profoundly....

The truth is important to the proletariat in two senses—or should be. One, it is important in the same way that beauty is important, or should be important. Yes, as opposed to the truth, different people do have different social viewpoints on what is beautiful. The truth doesn’t have a social content in that sense. It just objectively exists. But knowing the truth (or approximating the truth) is important in the same way beauty is important (even while people’s differing class viewpoints will lead them to have different conceptions, or notions, about what beauty is and what is and is not beautiful). And there is this process, as I was speaking to earlier—how truths enter into the class struggle in a very non-reductionist way.

Why do I say the truth is good for the proletariat? Because the more we know about the world, the better we are going to be able to transform it toward the objective of communism. We cannot torture the truth to fit into our narrow conceptions of what communism is and how to get there. But if we view it correctly, the more truth there is in the world, the better it is for the cause of communism. Even if the truth includes truths about bad things that communists do. That is the point about truths that make us cringe. Even the aspect of the truth that is the ugly side of what our project has brought forth, the errors that have been made and the ways in which we have sometimes made a mess of things (and actual horrors that have been created by people who have acted in the name of communism), even those truths, actual truths, not lies—those truths, strategically, if they are approached with the correct methodology, can be part of strengthening the struggle for communism. These negative aspects are definitely not the main thing about our project, they are not what has characterized the rule of the proletariat and socialist society in historical experience so far, they are not the main thing with regard to what real, as opposed to phony, communists have done; and we do have to answer the claim that this is the case and the slanders that are put forward to heap abuse on our whole project—those slanders too are a fundamental distortion of the truth. But to arrive at and fight for the correct synthesis in all this, which takes into account both the essence of things but also the contradictoriness and complexity of it all, you have to have the right outlook and methodology.

So I think that is worth thinking about and wrangling with. Is this right or wrong? The more I grapple with this, the more I firmly believe this. But let’s talk about this. Let’s really wrestle with this. This involves a big rupture. It is not what has been the convention for how communists conceive of and approach these things.

It is not just that we are not afraid of the truth. That is true. But the other side of this is that we have an approach of embracing and then synthesizing—not just taking experience and partial knowledge as it is but embracing it and synthesizing it in its fullest dimensions and to its richest depths.

Bob Avakian: Observations on Art and Culture, Science and Philosophy 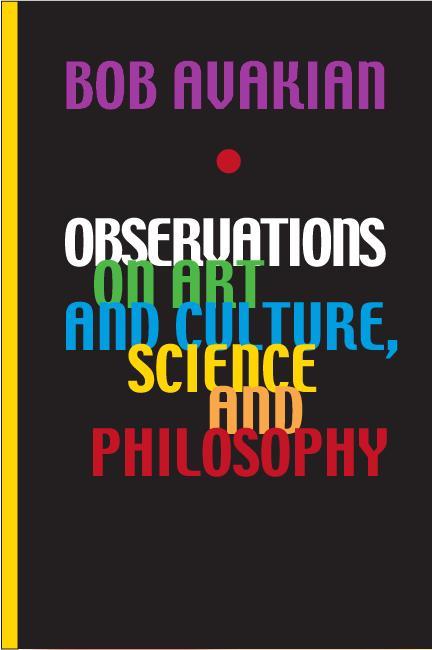 "If you don’t have a poetic spirit - or at least a poetic side — it is very dangerous for you to lead a Marxist movement or be the leader of a socialist state."

This provocative collection of reflections and observations by Bob Avakian on art, culture, science and philosophy offers a rare treat. Excerpted from talks as well as more informal discussions and conversations, many of the texts in this collection allow the reader to experience firsthand the freewheeling Bob Avakian as he continues to develop his extensive body of work, with its radical new directions, with regard to the communist project.

The observations collected range from Avakian’s reenvisioning of the dictatorship of the proletariat and his epistemological breakthroughs in Marxism to reflections on truth and beauty, science and imagination, the problems of Lysenko-ism, and the relationship of Marxism to philosophy generally.

Insight Press believes this collection will provide the reader with important, fresh, and provocative insights and provoke further creative and critical thinking about the subjects discussed.

1. See “Bob Avakian in a Discussion with Comrades on Epistemology: On Knowing and Changing the World,” in this volume. [back]

2. Avakian discusses this concept in the talk Dictatorship and Democracy, and the Socialist Transition to Communism as follows:

"[Y]ou have to have a solid core that firmly grasps and is committed to the strategic objectives and aims and process of the struggle for communism. If you let go of that you are just giving everything back to the capitalists in one form or another, with all the horrors that means. At the same time, if you don’t allow for a lot of diversity and people running in all kinds of directions with things, then not only are people going to be building up tremendous resentment against you, but you are also not going to have the rich kind of process out of which the greatest truth and ability to transform reality will emerge.“ (”A World We Would Want to Live In," Revolutionary Worker #1257 [October 31, 2004].)