The Bible and Baby-Killing

The Right to Abortion and the Whole Direction of Society

In countering the attack on abortion as "killing babies"—which is one of the main lines of attack of the religious fundamentalists—we should bring out forcefully things like Psalm 137 and the book of Isaiah (for example, chapters 9 through 14 in Isaiah). In those chapters of the book of Isaiah in particular, "The Lord" (the "god" of the Bible) and the prophet Isaiah, speaking directly on behalf of "The Lord," calls repeatedly for destruction and atrocity to be brought down on the peoples, including the small children, who have angered "The Lord." And, as in Isaiah, so Psalm 137 ends with this call for smashing to pieces the little ones of Babylon:

"O Babylon, you devastator,
Happy shall they be who pay you back what you have done to us!
Happy shall be they who take your little ones and dash them against the rock!"

Here in Psalm 137, as well as in the book of Isaiah, and elsewhere in the Bible, when it calls for, demands and celebrates the bashing in OF the heads of babies, what is being talked about is NOT a fetus, in the uterus of a woman, but babies that have been born and are distinct human beings, physically separate from their mother. So, the next time we hear of these fanatical fundamentalists howling that women who have abortions and doctors and other providers of abortions are "baby killers," these "Bible-thumpers" should be confronted like this: "Do you believe in the Bible?" "Yes," they will of course reply. "Well, then, do you believe in this?"—referring to what is in passages like the end of Psalm 137 or in the book of Isaiah, where "The Lord" and those representing for "The Lord" demand and celebrate the killing of actual babies. "If you won’t uphold that," we should insist to them, "then don’t wave your Bible around and invoke ‘biblical authority’ to de-nounce others as ‘baby killers’! If you are going to try to ‘pick and choose’ what you will uphold from the Bible, then you are hypo-crites—because all this time you have been insisting that the Bible is the literal word of god and has the absolute moral authority of god’s law. So, unless you will uphold everything, every last word, that is in the Bible—including where it repeatedly calls for wanton and grotesque atrocities, like the mass murder of actual babies—then you need to just shut up, and quit harassing and threatening women who want abortions and providers who enable them to have safe abortions."

Now, if these fundamentalist fanatics will uphold these atrocities in the Bible, including the slaughter of actual babies, then they definitely are the worst hypo-crites when they condemn others as "baby-killers." And this is especially outrageous when they hurl this accusation of "baby-killers" at women (and doctors and others who assist them) who in fact are not "killing babies" but are carrying out a medical procedure which aborts a fetus, not a separate, developed human being (I will come back to this in a minute). In this case, too, the fundamentalist fanatics have nothing to say—nothing that anyone should listen to—about "killing babies."

Another very important point is this: These people who attack the right to abortion are overwhelmingly opposed to birth control as well—and they are opposed not only to the IUD, which technically prevents the embryo from attaching to the uterus after the egg has been fertilized, they are opposed to any and every kind of birth control. Certainly, all these Catholic reactionaries who are opposed to abortion are also opposed to birth control. It is a matter of official Catholic Church doctrine to oppose birth control, for a fundamental reason that is very much at the heart of this whole issue: according to this reactionary religious viewpoint, a woman’s role is to be a subordinate to her husband and a breeder of his children, and birth control as well as abortion can undermine that. And the Protestant fundamentalist fascists are also overwhelmingly opposed to birth control—not only outside the confines of marriage, but even within it (this is clear from many statements of leading Protestant fundamentalist opponents of abortion, although it is important to pin them down on this very concretely).

These are ways that we can hit back hard at them, politically and ideologically, getting to what is the essence here: It is not the supposed "killing of babies," it is that they want women to be in essence the property of men, to be controlled by their husbands and to be breeders of children, breeders of property, for their husbands. We should continue to hammer at them: " That is what your Bible advocates, and that is what you are for. And this is shown not only by your opposition to abortion but also by the fact that, at the same time, you are against birth control."

It is also very important to be bringing things back to the reality of what 90 plus percent of abortions actually consist of—the fact that they are performed in the first trimester, the first three months of pregnancy, when the fetus is anywhere from the size of the period at the end of this sentence to about an inch in length. Those opposed to abortion distort and play up things they make sound like horrors, like late-term abortions. First of all, they label these procedures "partial birth abortions," distorting what they actually are. Second of all, they misrepresent how often they actually occur—the fact that they are really quite rare—and they misrepresent under what conditions they generally occur, they leave out or push to the background the health of the woman in question. And then this —their distortions of late-term abortions—becomes, in their propaganda, identified with all abortions. Not that we should be defensive about the necessity for late-term abortions, but all this is just total distortion. We have to wage a counter-offensive here, and get to what the essence of the issue is. In the case of the great majority of abortions, over 90 percent, what is involved, in terms of the fetus, is a very tiny clump of cells—it is that versus a woman’s fate. That’s what we’re talking about here. Physiologically and socially, that’s essentially what we’re talking about here—the fate of women vs. a clump of cells, which at that point (during the first three months in particular) are by no means even completely differentiated (into different organs and parts of the body with different specific functions) and certainly are not anything like a developed human being—and are, in fact, a tiny clump of cells. We have to get things back to the real issue.

This is not only a crucial issue in an overall sense, but it is being even more sharply posed in the aftermath of the 2004 election, where the Christian Fascists are pushing like crazy to abolish the right to abortion—they are insisting to Bush and the Republicans: "You’ve gotta deliver on this now." That is why they went after Arlen Specter (a long-time Senator from Pennsylvania, who is supposedly a more "moderate Republican," whatever that means), because Specter cautioned Bush about nominating people as judges who would support the outright outlawing of abortion.

And, as with the political situation in general at this point, the polarization around the question of abortion is not favorable now. Even among women, particularly younger women, there is a lot of confusion around this issue, a lot of influence of the reactionary offensive against abortion, including the characterization of abortion as "killing babies." Many of these young women have not understood the essence of this issue—and many other people have lost sight of it, or become "fuzzy" and "conflicted" about it—not only because of the reactionary offensive but also because the bourgeois-democratic leaders of the women’s movement have let themselves believe that they could just become passive and let Democratic Party politicians like Clinton and Gore take care of it. They fell into the false notion that, "Oh, they’ll never really take away the right to abortion—or, if there is a real threat of that, we just gotta vote for Democrats." They have let the other side—the Christian Fascists and the reactionaries generally, with their offensive against abortion—completely have the initiative, politically and ideologically (including morally), for years and years now.

And, while it was of course a very good thing that a million people came out to demonstrate recently in support of the right to abortion, by itself that will not end up amounting to very much, because these people haven’t seized the political and ideological initiative around this question. And, to be blunt, many of the million women and men who were there, to support the right to abortion, would have a very hard time answering the moral and overall ideological offensive of the other side—other than to just sort of retreat into certain catch phrases about a woman’s right to choose, without being able to engage the substance of the attack on that.

It is also a fact that in general the women’s movement is shrinking because it is not engaging, or not effectively engaging, key issues that affect women. There is a lot of right-wing Christian Fascist organization among women who are frightened by all the things that the feminists, for good reason, cherish and uphold. And those questions are not really being addressed by the more reformist women’s movement. It’s not that the women who are being heavily influenced by the Christian Fascist arguments are the main group that needs to be reached right now, but they shouldn’t be just ignored and written off either.

I am going into this and giving it a lot of emphasis because these questions are very important themselves, because all this is a major part of how polarization is presently taking shape in U.S. society—and because this could play a big part in favorable repolarization, touching profoundly on the whole direction of society.

This is yet another crucial challenge that we must take up, coming from our full revolutionary communist perspective and its goal of the complete emancipation of women, the abolition of all oppression and exploitation and ultimately the emancipation of all of humanity. 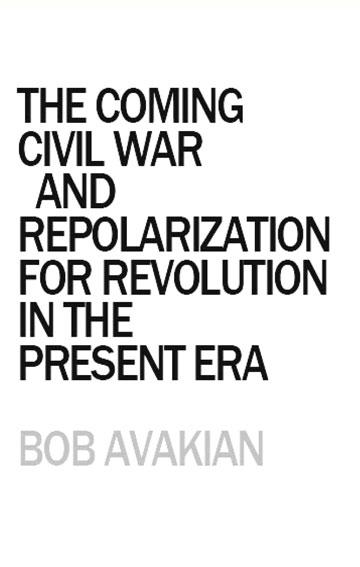