Fascists stand for and are determined to intensify, to grotesque and hideous dimensions, every dimension of oppression and exploitation and all the horrors perpetrated by the system of capitalism-imperialism. Communists, and in particular the advocates of the new communism, are determined to put an end to all these horrors, and potentially even worse horrors, through the overthrow of the system of capitalism-imperialism and the abolition of all relations of exploitation and oppression, throughout the world.

Fascists base themselves on and actively promote blind adherence to hateful prejudice, willful ignorance and aggressive paranoia, in opposition to rational thinking and discourse, science and the scientific method. Communists, and in particular the advocates of the new communism, base themselves on and seek to apply the most consistent scientific method, including the importance of learning from and critically assimilating the insights, criticisms, etc. of others who disagree with or even ardently oppose them.

As pointed out in Communism and Jeffersonian Democracy, it is not that people calling themselves communists have never acted in opposition to the basic principles of communism, and it is not that there have been no shortcomings and errors, even some grievous errors, in the history of the communist movement and socialist society; but a scientific approach and analysis shows that this has not been the main trend and character of the communist movement and socialist society led by communists; and the notion of communism as representing a “totalitarian nightmare” is fundamentally in conflict with reality and is on the contrary the invention and distortion of functionaries, enforcers and intellectual camp followers of the exploitative and oppressive system of capitalism and imperialism, which the communist revolution aims to overthrow and advance human society beyond, through the abolition of all exploitation and oppression. (If anyone is sincerely interested in actually understanding what is represented by the “theory” of “totalitarianism,” and in particular the use of this “theory” to distort and slander what is represented by communism, in Democracy: Can’t We Do Better Than That? they can find a systematic discussion, dissection and refutation of the basic thesis and methods in The Origins of Totalitarianism by Hannah Arendt, whose work is the most celebrated embodiment of this “theory” of “totalitarianism” and its use to distort and slander what is represented by communism.)And, once again, there is the further, qualitative development of communism with the new communism which I have brought forward—which involves a scientific analysis and synthesis of the historical experience, positive and negative, of the communist movement and the first great wave of communist-led revolution and socialist society, and the significance of which is highlighted and concentrated in particular in the first of the Six Resolutions of the Central Committee of the Revolutionary Communist Party, USA.

Download PDF of "Fascists and Communists: Completely Opposed and Worlds Apart" for printing and distribution 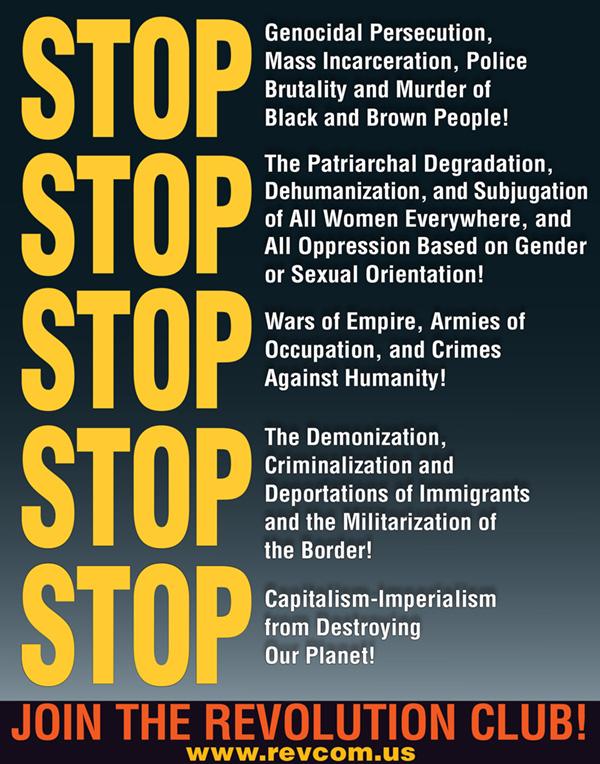 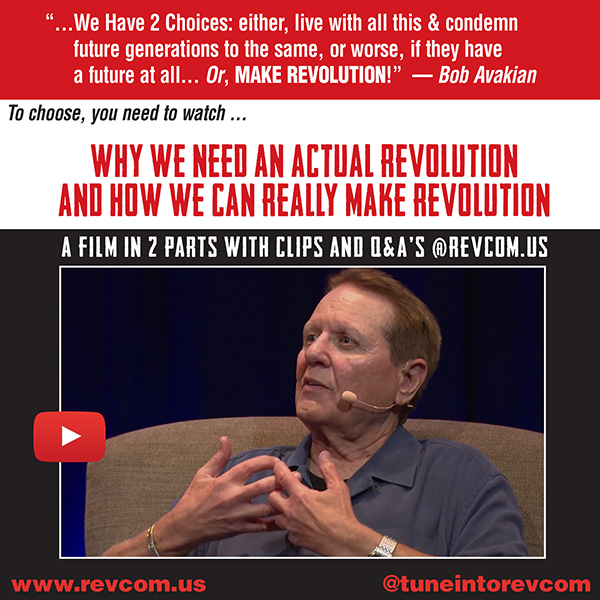