The coronavirus crisis has brought home very sharply the importance of science—the scientific method and approach to understanding and changing the world. But there is a big problem in how people have been trained and conditioned to think (or not think). While many “liberals” and “progressives” have, for far too long, allowed themselves to become paralyzed by ridiculous notions like “How can you know what is really true, no one can say that their truth is greater than someone else’s truth,” and so on, fascist forces, marked by a truly dark ages mentality, are firmly convinced of the “truth” of all manner of lunatic conspiracy theories promoting fascist “values” and objectives.

Put another way, in terms of major trends in society as a whole: Those who have the most certitude are those most out of touch with reality.

Further complicating the situation and an additional dimension to this problem is the fact that, although they do not share but strongly oppose the “values” and objectives of the fascists, many of the basic masses, who are bitterly oppressed under this system, also are suspicious of and even are inclined to reject science and scientifically-grounded analysis. But this also leaves you vulnerable to all kinds of unfounded “conspiracy theories” and other wrong and harmful ideas, including the notion that nothing people do will make a difference because “it’s all in god’s hands.”

Ardea Skybreak, a professionally trained scientist and an advocate of the new communism as a further advance in the science of revolution, has made the point that science is not just somebody’s opinion but involves and requires investigating reality and systematizing what is learned through this process. She emphasizes that “Science is an evidence-based process” and

Science is very different than religion or mysticism, or things like that, which try to explain reality by invoking imaginary forces and which provide no actual evidence for any of their analyses. By contrast, science requires proof. It requires evidence.1 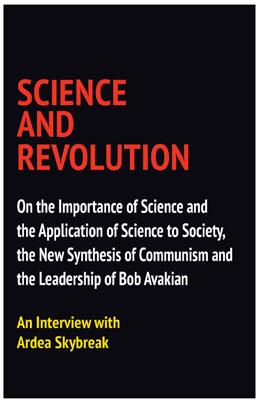 If you don’t judge things by whether there is compelling evidence for them—and if you don’t evaluate what people claim by weighing it against what the evidence shows about the actual reality—you can end up believing almost anything! Or, as Skybreak puts it:

Skybreak emphasizes the point that science is not mysterious, but is something that anyone can learn and apply. She also speaks to the fact that there has been bad science (including bad science used for racist purposes) but that you can and should use good science—the actual methods of science—to understand reality and expose and refute bad science. As she puts it, in simple and basic terms: “Whether you want to cure a disease or make a better society, you need that scientific evidence‑based process.”3

Opposing the scientific method and approach—and denying the possibility of arriving at important truths by applying this method and approach—can only lead to bad, sometimes extremely bad, results, leaving people weighed down by all kinds of ignorance and prejudice, depriving people of the ability to understand and change the world in a fundamentally positive direction. When, for example, Jonas Salk announced that he had finally developed a vaccine to deal with the terrible disease polio, should the response actually have been to be suspicious of this claim and reject it without even looking into it? Should people actually respond in that way if, or when, a vaccine is developed for COVID-19?! Examples of this kind could be cited almost endlessly.

It is worth repeating the very important point emphasized by Ardea Skybreak:

Whether you want to cure a disease or make a better society, you need that scientific evidence‑based process.

And specifically in terms of making a better society—in opposing the fascism of the Trump-Pence regime, and even more fundamentally in making a radical leap beyond this system of capitalism-imperialism (which has given rise to this fascism) and bringing into being a far better world—you need the scientific method and approach of the new communism.

1. SCIENCE AND REVOLUTION, On the Importance of Science and the Application of Science to Society, the New Synthesis of Communism and the Leadership of Bob Avakian, An Interview with Ardea Skybreak, emphasis in the original. Ardea Skybreak is a professionally trained scientist in the field of ecology and evolutionary biology and an advocate of the new communism brought forward by Bob Avakian. Skybreak is also the author of the very important book The Science of Evolution and the Myth of Creationism: Knowing What’s Real and Why It Matters, Insight Press, 2006. The entire interview with Ardea Skybreak (SCIENCE AND REVOLUTION) is available at revcom.us.

In this interview Skybreak goes in some depth into how Bob Avakian, in summing up the historical experience of the communist movement and drawing from a broad range of human experience, has brought forward a new communism that embodies a further leap in the application of a scientific method and approach to the question of how a better society and world, free of exploitation and oppression, can actually be brought into being. This new communism is a continuation of, but also represents a qualitative leap beyond, and in some important ways a break with, communist theory as it had been previously developed and has put communism on an even more consistently scientific basis, providing the strategy and leadership for an actual revolution and a radically new society on the road to real emancipation.

In a number of works, and in particular the book THE NEW COMMUNISM, The science, the strategy, the leadership for an actual revolution, and a radically new society on the road to real emancipation, and Breakthroughs: The Historic Breakthrough by Marx, and the Further Breakthrough with the New Communism, A Basic Summary (which is available at revcom.us), Bob Avakian speaks to what is new in the new communism and its relation to previous communist theory.  [back]

2. SCIENCE AND REVOLUTION.  [back]

3. SCIENCE AND REVOLUTION.  [back] 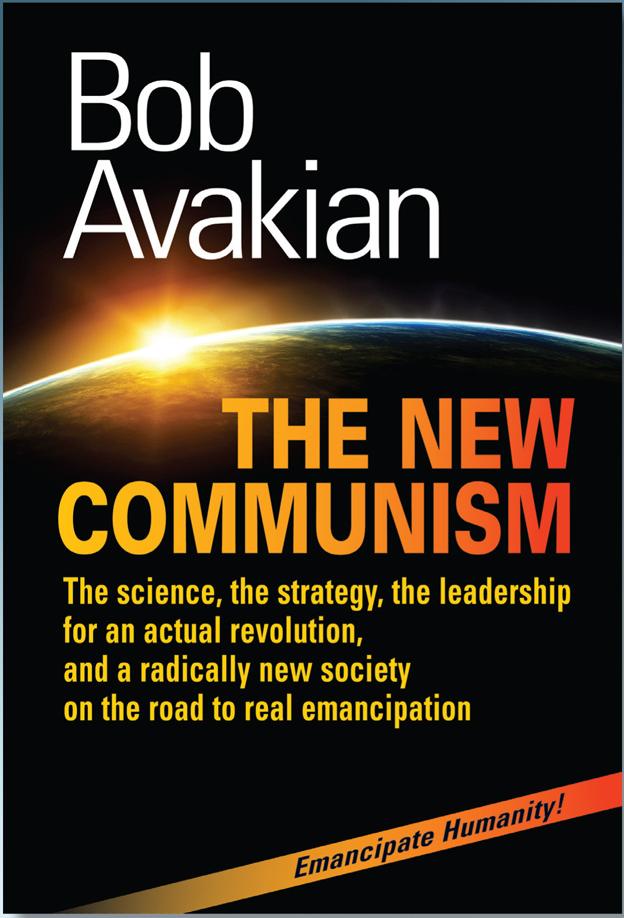