In 2017, when NAZIs and other white supremacists marched in Charlottesville, Virginia, yelling racist and anti-Jewish slogans, and then an anti-racist protester was murdered by one of the white supremacists, Trump called these racist thugs “very fine people.”

This is only one of the many times Trump has encouraged and supported racist violence by white supremacist thugs. And this shows what he wants to have happen in society as a whole.

If this is not genocidal racism, what is?

(If you think this is an exaggeration—going too far to say this about Trump—then you still don’t know who Donald Trump really is. Look for Part 6: further evidence of Donald Trump as a genocidal racist.) 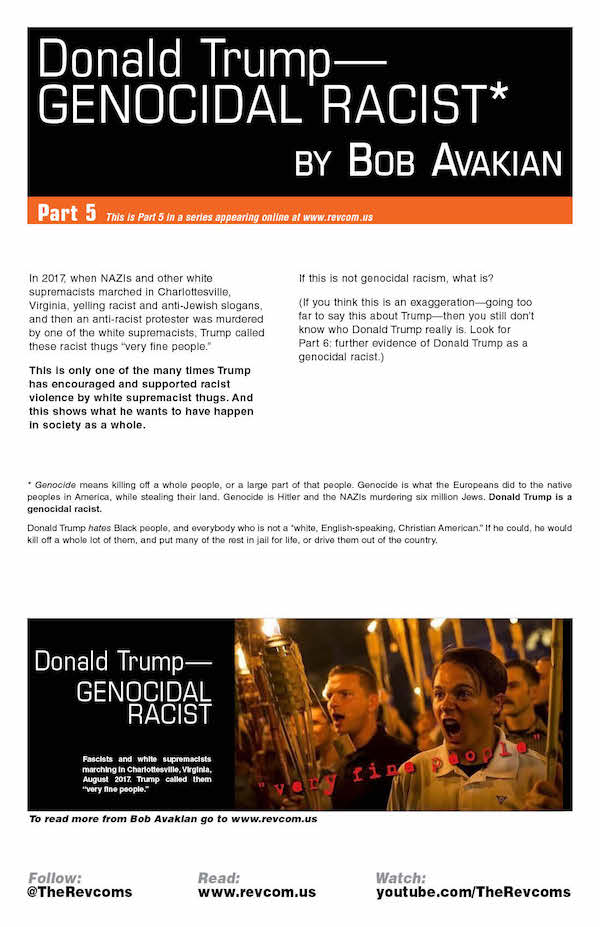 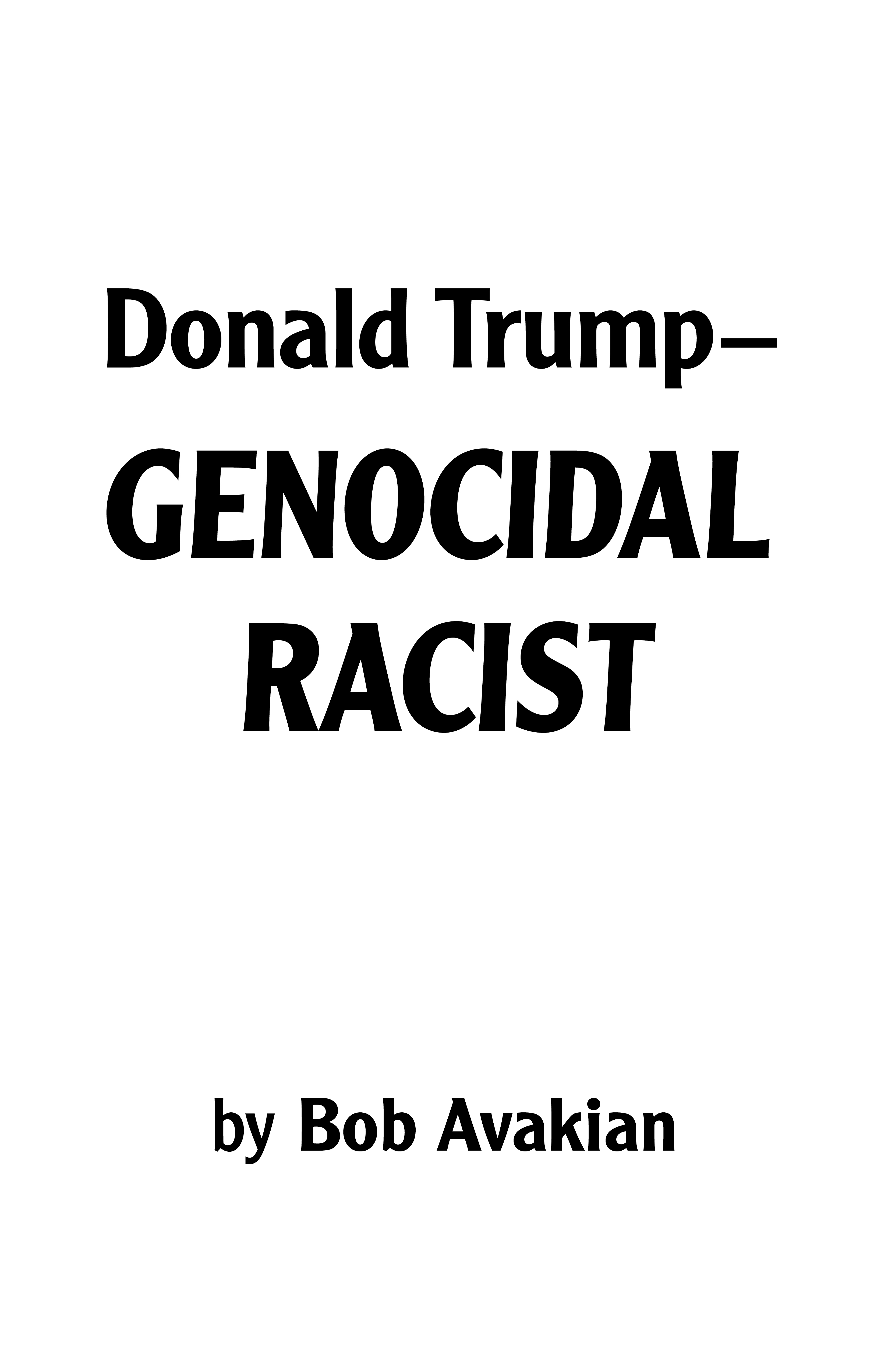 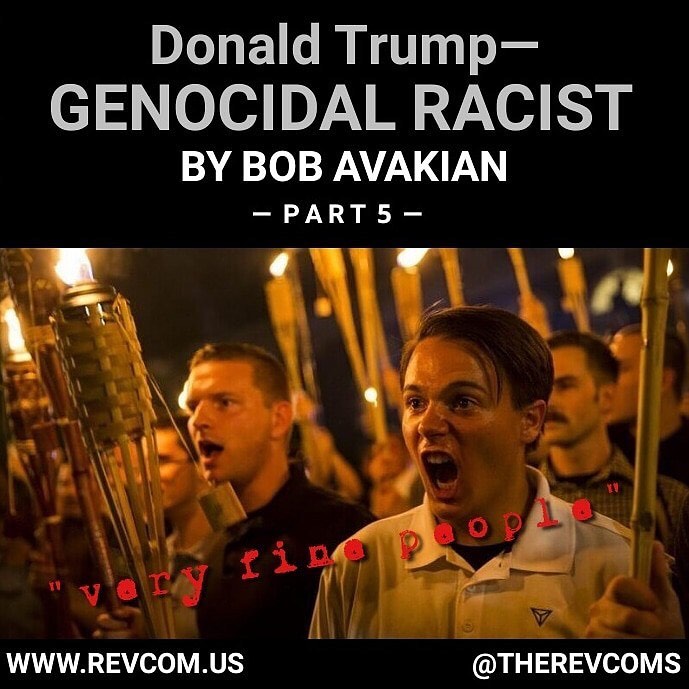 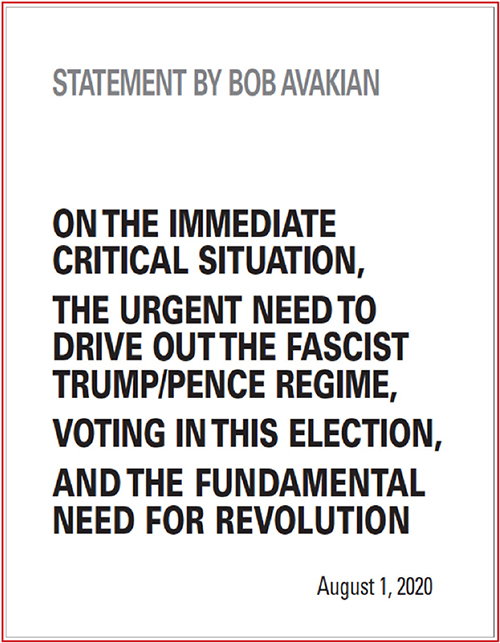