Imperialism – What It Is, What It Is Not – and the Democratic Party as an Institution of This Capitalist-Imperialist System 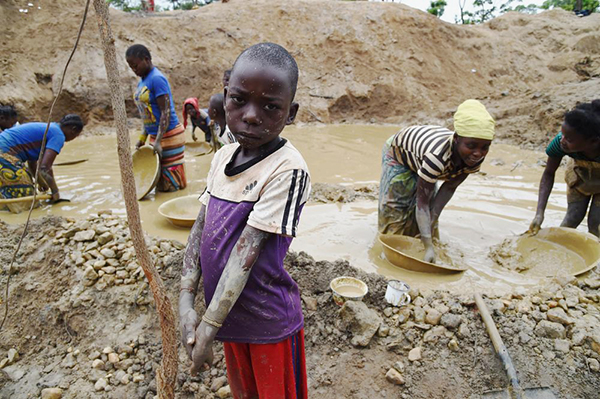 Two-thirds of the world’s supply of cobalt, used in smartphones and laptops, is mined in the Democratic Republic of Congo, including by children like those shown here, working under dangerous conditions.

I want to emphasize that in speaking of “imperialism,” what is meant is not the concept of old-line colonialism and outright possession (or occupation) of other people’s territories (though that still does happen with modern-day imperialism). Nor is the essence of this being a “war-monger” (or “hawk”), although again being an actual representative of the imperialist system does require employing and supporting the threat, and actual use, of warfare. The essence of what is meant (by “imperialism” and “imperialist”) is the scientific analysis of imperialism as the development of the capitalist system as an international system of exploitation, which increasingly relies on super-exploitation in the Third World (think sweatshops filled with poor women in Bangladesh, and mines where children are brutally exploited in the Congo) with the resultant (or accompanying) changes in the social and class structure in the imperialist countries themselves, in which heightened parasitism is a distinguishing feature. Capitalism today—and, above all the capitalism of imperialist countries like the U.S.—could not exist without this truly barbaric super-exploitation, and the many-sided brutality that maintains and enforces it. By “parasitism” is meant specifically the accumulation of wealth through means that ultimately rest on exploitation—and super-exploitation—while not themselves even directly involved in the organization of that exploitation and super-exploitation, but are more in the realm of financial speculation (the stock market being a concentrated example). This finds expression today in the fact that a leading sector of the U.S. economy is “FIRE” (finance, insurance, and real estate). And, as Lenin pointed out, imperialism puts “the seal of parasitism” on the whole of imperialist countries, such as the U.S.—with some of the “spoils” of imperialism being “passed on” to non-ruling class strata, in particular among the middle class(es), as part of maintaining “stability” in these imperialist countries. This phenomenon—and the overall character and consequences of imperialism—is spoken to in my work Breakthroughs, and in writings by Raymond Lotta (such as his recent articles “Parasitism and Class-Social Recomposition in the U.S. From the 1970s to Today: Introduction-Summary,” and “From Vise Grip to Death Grip, Imperialist Domination, COVID-19, and the Poor of the World Be Damned”), all available on our website revcom.us. 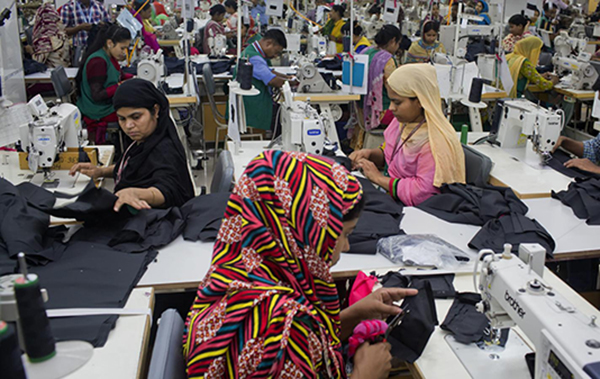 In garment sweatshops in Bangladesh like the one shown here, workers—overwhelmingly poor women—are forced to work 14-16 hours a day, seven days a week, under hazardous conditions that lead to frequent injuries and death-trap fires. (Photo: AP)

It is a fact that the enforcement of this system of exploitation (and super-exploitation) requires brutal, often murderous repression—which, in the Third World, is generally carried out by reactionary local regimes backed (and, in some cases, directly installed) by the imperialists (and the U.S. imperialists are the “world leaders” in this), although at times this does require direct intervention by the imperialists themselves, as in the U.S. invasion of Iraq in 2003 (or, to take an earlier example, the invasion of the Dominican Republic in 1965, carried out under a Democratic administration which was then also waging a horrific war in Indochina), or the numerous “coups” engineered by the CIA (such as in Iran in 1953, Guatemala in 1954, Chile in 1973, as well as the monstrously bloody coup in Indonesia in 1965, also carried out under the Johnson administration, in which at least a half a million, or possibly as many as a million, people were slaughtered, and more recently what was effectively a coup in Honduras, carried out with the backing of the Obama administration, with Hillary Clinton as Secretary of State). 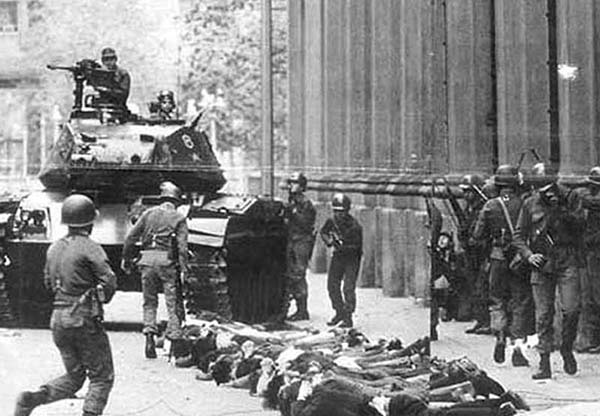 In 1973, the CIA backed a military coup that overthrew an elected government and installed a fascist regime headed by General Pinochet. Thousands of Chileans were tortured, executed, and “disappeared” under this regime.

All of these coups, invasions and other wars waged by the imperialists are carried out for the fundamental reason, and with the fundamental objective, of maintaining control of what the imperialists regard as strategic areas of the world and in pursuit of strategic imperialist interests (what the U.S. imperialists call “national security interests”), and not out of any “humanitarian” concerns (even where such concerns might happen to coincide with the fundamental “national security interests,” it is always the latter, and not the former, that is decisive and determining on the part of the imperialists). A striking example of how these imperialists look at and approach things was illustrated recently, when Trump boasted, in his interviews with Bob Woodward, about powerful weapons (implying that these were nuclear weapons) that the U.S. has, which the Russians and Chinese don’t even know about. What was the response of Democratic Party politicians (and those in the ruling structures aligned with them)? It was not “what a terrible thing it is that the head of the U.S. government (and commander-in-chief of its armed forces) was bragging about having terrible weapons of mass destruction, which everyone should hope would never be used (again!).” It was not even, “This is dangerous because Trump is a demented bully with his finger on the nuclear trigger.” No—they blasted Trump for revealing (to the Russians and the Chinese) that the U.S. has such weapons. Could anything be a more clear demonstration of the utter, and monstrous, bankruptcy of this—yes, imperialist—system, and all of its ruling class representatives?! 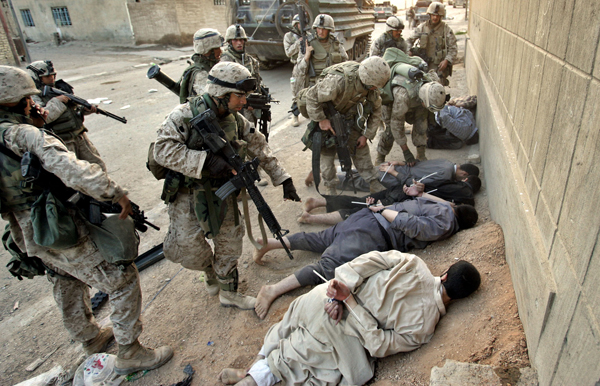 U.S. Marines with captured Iraqis during the massive air and ground assault on the densely populated city of Falluja in November 2004. The U.S. invaded Iraq in 2003 based on bald-faced lies and then occupied it for over eight years, directly or indirectly causing the deaths of as many as 1.4 million Iraqis and the forcing out of 4.5 million Iraqis from their homes. Photo: AP 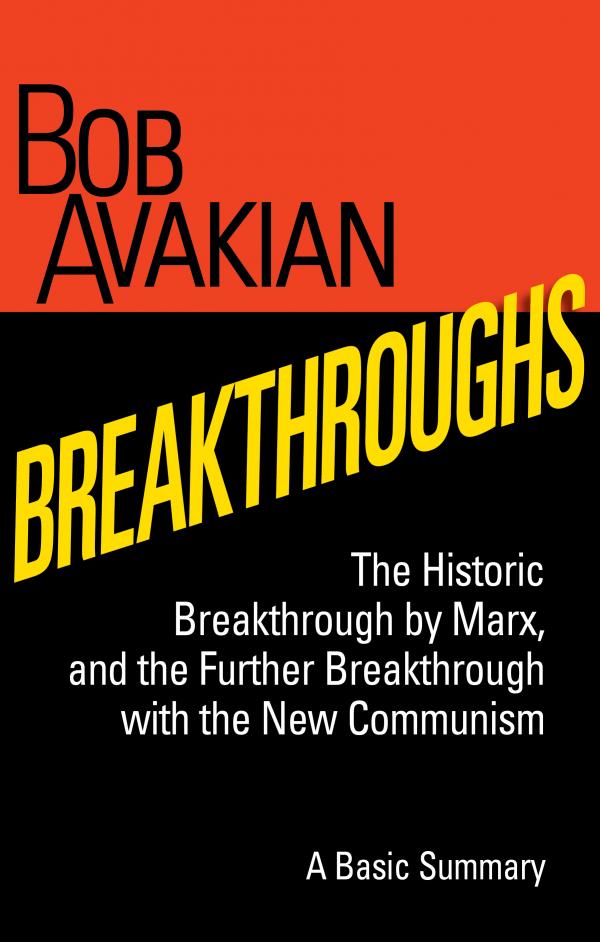