LEE EVANS, BLACK LIBERATION,
AND THE REVOLUTION THAT IS URGENTLY NEEDED
TO EMANCIPATE ALL HUMANITY

Reading the “Remembrance from a Reader” about Lee Evans (“Lee Evans—Track Great and Humanitarian”)1 not only heightened my own sense of sadness in learning about Lee Evans’ death, but also took me back again to the times when Lee Evans was part of a very broad radical upsurge that swept the world in the late 1960s/early 1970s.

As that “Remembrance” points out, Lee Evans was a world-class track athlete. For a number of years, he held the world record for the men’s 400 meters. He was the men’s 400 meter champion at the famous 1968 Olympics in Mexico, where he was also part of a protest, particularly among African-American athletes, against the oppression of Black people.

I remember a conversation I had with Lee Evans shortly before that Olympics, when we both happened to be at the apartment of a mutual acquaintance in San Jose, California, where Lee Evans was then training. Knowing that there was talk and debate among Black athletes about boycotting the Olympics—and having a sense of what a powerful blow this would be against this system that was murderously oppressing Black people in this country, people in Vietnam and other people throughout the world—after some casual back and forth, I asked Lee straight up: “Are you guys going to boycott the Olympics?” He answered: “We’re thinking about it.” “You better!” I blurted out. Lee repeated that they were seriously considering it, and we went back to more casual conversation. 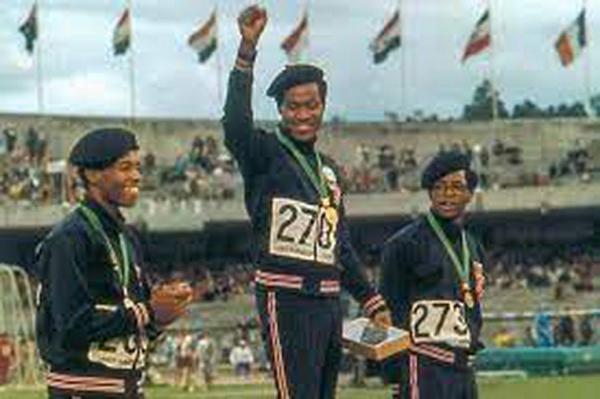 As it turned out, there was not a widespread boycott of the Olympics, although Lew Alcindor—now Kareem Abdul Jabbar—and (as I recall) Mike Warren (who also played basketball at UCLA) did actually boycott. And there was the well-known powerful action by Tommie Smith and John Carlos, raising their gloved fists on the victory stand. Lee Evans also protested, by raising his fist on the podium after his 400 meter victory while wearing a Black beret—part of the uniform of the revolutionary Black Panther Party, and broadly a symbol of Black liberation. Those protests—which were carried out in the face of serious threats and then severe reprisal by the authorities in sport and more generally—made a significant contribution to the radical upsurge of that time.

As powerful as those radical movements were—involving large and diverse sections of the people, particularly youth, who were motivated by revolutionary sentiments—there was, however, no revolution in this country at that time. But some of us who came forward through the great radical upsurge of that time have persevered on the road of revolution and dedicated ourselves to forging the path forward on that road. A great deal has been learned in the time since then—including from the experience, positive and negative, of revolutionary struggles throughout the world and the historical experience of the communist movement—and, of crucial importance, through the work I have continued to do there is a further development of the scientific method and approach to revolution: the new communism. Now, when the contradictions of this system are taking an acute and increasingly extreme expression, and this is one of the rare times and circumstances when revolution is actually possible in a country like this: for those of us who were part of, and all those who have been inspired by, the radical movements and revolutionary sentiments of those times—and for all those, young and old, who yearn for the kind of radical emancipating change that so many in those times were striving for—it is up to us to act, together, to bring about the revolution that is urgently needed, and is possible, in order to open the way to the actual liberation of Black people and all the oppressed people of the earth, aiming for the emancipation of all humanity from all relations of oppression, exploitation, degradation, and the destruction of people and the environment.

1. The article “Lee Evans—Track Great and Humanitarian, Remembrance from a Reader” is available at revcom.us. [back]