Message from the Central Committee of the Revolutionary Communist Party, USA

Time To Get Organized for an ACTUAL Revolution

The Revolutionary Communist Party
IS ORGANIZING NOW TO OVERTHROW THIS SYSTEM AT THE SOONEST POSSIBLE TIME.
Preparing to lead an actual revolution to bring about a radically new and better society:
the New Socialist Republic in North America.

The  problem: this  system. This system drives refugees and immigrants into exploitation, horror and death. This system wages brutal wars of slaughter. This system destroys the environment. This system locks down generations of Black and Brown youth, brutalizing and incarcerating them and even blowing them away—or else setting them up to fight and kill each other, when they should be fighting the REAL enemy. This system conditions men to disrespect and brutalize women, when the fury of women must be unleashed for revolution. This system—capitalism-imperialism—must be overthrown.

The solution:  REVOLUTION–nothing less! Revolution where millions go up against, defeat and dismantle the system’s armed forces of violent suppression. Revolution that sets up a totally new power, with a different economy and different ways people relate to each other.

The goal of this new revolutionary power is communism: a world where people are no longer divided into rich and poor, masters and slaves, rulers and ruled. No longer fighting and slaughtering each other, but working together for the common good. No longer locked in ignorance, but consciously understanding, and changing, the world. No longerdestroying the earth, but acting as its caretakers. This is possible, humanity has developed the basis for such a world; it is the system of capitalism that is in the way.

The  leadership: Bob Avakian, BA, the leader of the RCP, has developed scientific theory on a world-class level. At the same time, BA deeply understands and connects with the most oppressed.

BA breaks down why reality is the way it is, and how people can change it for the better. He’s learned from the achievements and the shortcomings of past revolutions, and brought forward a much more scientific approach to the big problems facing humanity. This is the new synthesis of communism.

BA has developed answers to why this system can’t be reformed... how revolutionary forces could grow from weak to strong, and actually defeat the enemy...how people could then build a new society on the road to emancipating humanity throughout the world ...and how to wage the struggles of today to reach that goal.

BA’s leadership is a huge strength for the revolution: to follow, to learn from, to defend.

How  to move  today:  The all-out struggle for power is a serious thing, and it can only be won when the system is in deep crisis and millions are ready to put everything on the line. Today is not yet that time... but today IS the time to urgently prepare for that.

1 Go to www.revcom.us every day.—the lifeline that cuts through events to reveal the need for revolution and how to move now to hasten, and prepare for, that revolution.

The Revolution Club moves boldly and it moves wisely, up in the face of the enemy, projecting revolution into every corner of society.

All of this is part of going for a revolution that we, the RCP, have taken the responsibility to lead. There’s a whole other way to live and fight and even die to change the world – a strategy to do that and a way, right now, to make that real.

Prepare the ground, prepare the people, and prepare the vanguard—get ready for the time when millions can be led to go for revolution, all-out, with a real chance to win.

Download PDF Flier, 11x17", 2-sided, designed to be folded in half with title on outside 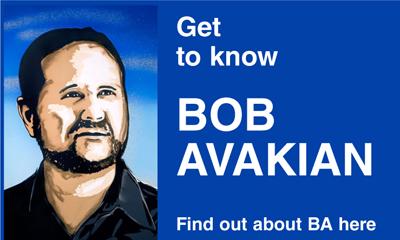 Get with the Revolution Club  here 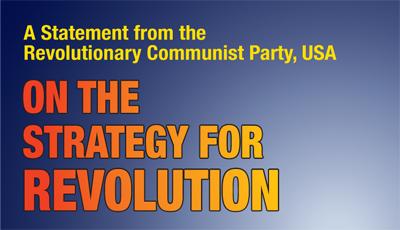 The Revolution Club upholds, lives by and fights for the following principles:

Downloadable PDFs for printing the Points of Attention: ENGLISH | ESPAÑOL