Slave rebellion or slave master? Do you support the oppressed rising up against the oppressive system and seeking a radically different way, even with certain errors and excesses—or do you support the oppressors, and the leaders and guardians of an outmoded oppressive order, who may talk about "inalienable rights" but bring down wanton brutality and very real terror, on masses of people, to enforce and perpetuate their system of oppression?

This speaks to a basic question of stand and orientation, and represents a fundamental dividing line. And, along with "setting the record straight" on the actual experience and role of communist revolution, and refuting the factual and methodological distortions involved in the attacks on communism, this basic question—as represented by Nat Turner1 or Thomas Jefferson?2—also needs to be sharply posed in relation to the history of communism3 and the present-day struggle for communist revolution, in opposition to the capitalist-imperialist system which still dominates the world, with such terrible consequences for humanity and for the environment. Do you stand with this oppressive system, or with the struggle to overthrow and uproot it, and bring into being a radically different, emancipating system and way of life?

Do we need to learn from not only the overwhelmingly positive experience of the communist movement so far, but also its shortcomings, including sometimes serious errors and even excesses? Yes, this is an important part of the new synthesis of communism, and it is crucial in order to be able to do even better in the new stage of communist revolution. But this can only be done, in the fullest way, by taking up and applying the scientific communist method and approach that leads, first of all, to standing firmly and consistently on the right side of this fundamental dividing line, between oppressors and oppressed—and, beyond that, makes it possible to correctly assess and learn from the rich experience of the struggle against oppression, throughout history and in all parts of the world, including the shortcomings involved in this experience, in order to carry forward the fight to the final goal of communism and the emancipation of the oppressed, and ultimately humanity as a whole, from all forms and relations of oppression and exploitation, domination and degradation, everywhere in the world. 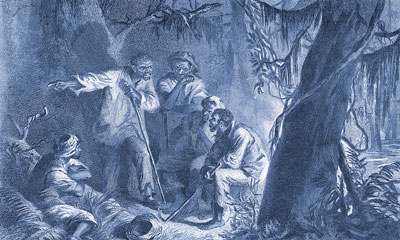 Nat Turner led an uprising that deeply shook the slave system, and there was a huge, brutal response from those in power.

1. Nat Turner was the leader of a slave rebellion in Southampton County, Virginia, one of at least 250 slave revolts that took place in the U.S. before the Civil War. After careful preparation, Turner began the rebellion on August 21, 1831 with a trusted group of six other slaves. They were armed with just a few knives, hatchets, and axes at the start. Their plan was to strike hard and quickly against the slave owners and march toward the county seat, rallying other slaves to their cause along the way. At one point, Turner's forces grew to as many as 80. The uprising deeply shook the slave system, and there was a huge, brutal response from those in power. The rebellion was defeated after 48 hours—Turner himself went into hiding for two months before surrendering. Turner and 55 others were executed by the state. As many as 200 other slaves were killed by the slave owners' militias and vigilantes, and many were tortured. During the rebellion, Turner's forces killed all the slave owners they encountered—not only the adults but also their children. But the Nat Turner Rebellion—and other slave rebellions—must be firmly upheld because, in its principal character and in essence, it was a just struggle of the oppressed rising up against their oppression. [back]

Depiction of plantation life, with overseer beating slaves and taking a child to be sold.

2. Thomas Jefferson is promoted as the man who defined the "fundamental liberties" that are at the heart of U.S. democracy. Along with genocide and theft of the land of Native Americans, one of those "fundamental liberties" was the right to enslave people. Jefferson himself owned more than 600 slaves over his lifetime. He profited greatly from the labor of his slaves, who were whipped when they didn't work hard enough (including children), and hunted down like animals when they escaped. But beyond this, Jefferson actively used his presidency and his influence to fight for the expansion of the slave system. He oversaw the 1803 Louisiana Purchase—the buying from France of a huge territory that now comprises all or parts of 15 states, primarily in the interests of the slave owners and with the aim of spreading the U.S. system of slavery into new areas. As opposed to the uprisings of slaves, like the rebellion led by Nat Turner, the violence Jefferson used, as U.S. President as well as in suppressing his own slaves, was in the service of maintaining, enforcing, and expanding oppression.

For more on Jefferson and his role:

• Master of the Mountain: Thomas Jefferson and His Slaves, by Henry Wiencek (Farrar, Straus and Giroux, 2012) [back] 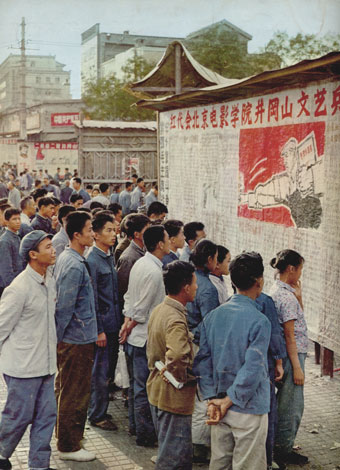 3. People are constantly bombarded with the message that communism has been a "failure" and that socialist societies have been a "nightmare." The Set the Record Straight project aims to bring out the truth about the first attempts in human history to build societies free from all exploitation and oppression—the socialist states in Russia from 1917 until the defeat of that revolution in 1956, and in China from 1949 until its defeat in 1976. "The mission of Set the Record Straight is to factually refute the lies spread in the media, mass-market books, and mainstream scholarship about the Soviet and Chinese revolutions, and to bring to light the overwhelming achievements of these revolutions as well as their real problems and shortcomings. Our mission is to reveal the actual history and experience of these revolutions, to open up a two-sided debate about socialism and communism, and to promote a conversation about why a radically different and liberating world is possible." The Set the Record Straight project can be found online at thisiscommunism.org. [back]