American Crime Case #97: August 6 and 9, 1945—The Nuclear Incineration of Hiroshima and Nagasaki 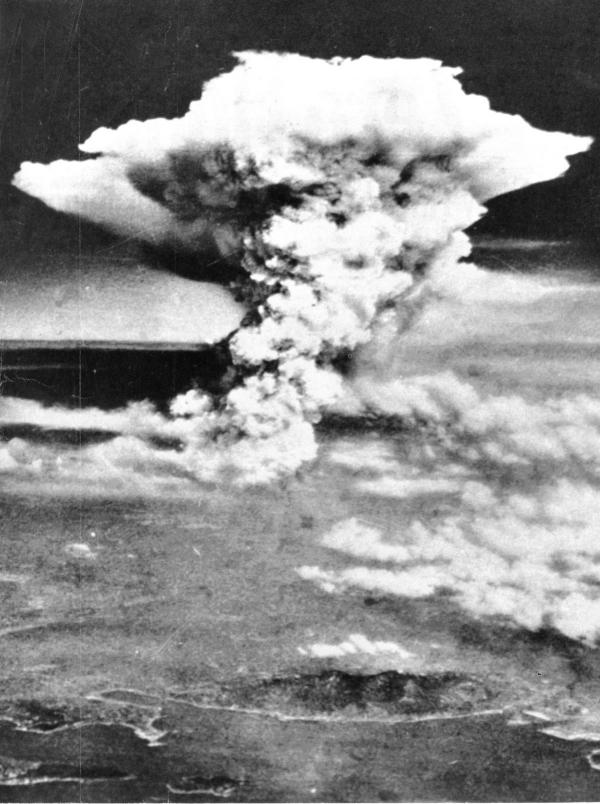 On May 26 or 27, Barack Obama will be the first sitting president to ever visit Hiroshima. But he’s not going to apologize for America’s mass murder of more than 140,000 people with the world’s first nuclear bomb. The only debate within the Obama team was over how to make sure the trip wasn’t seen as an apology! Refusing to apologize and repeating the lies used to justify the massacre makes a criminal statement: the U.S. will incinerate tens of thousands, even millions, if it serves the interests of the American empire.

THE CRIME: At 8:15 am, on August 6, 1945, a blazing, million-degree fireball suddenly appeared just above the Japanese city of Hiroshima, instantly killing, burning alive, or vaporizing tens of thousands. Firestorms engulfed the city. Shockwaves and winds over 1,000 miles an hour came next, shattering bodies and buildings, hurling men, women, and children through the air. Nearly all structures were destroyed over a mile from ground zero.

“There were red burned and bloated dead bodies piled up high, the corpses with the guts and the eyes popped out, lines of ghost-looking people with burned frizzled hair and burned skin hanging,” one survivor recalled, and “barely living survivors who were not able to save their own children or parents.” In one room, there were 20 young men whose eyes had melted in their sockets. Clouds of dust turned the morning into twilight; later, black rain fell.

The U.S. had just exploded the first nuclear bomb over the center of a city of 350,000. Thousands who survived the blast soon experienced fevers, diarrhea, vomiting, hair and skin loss—the death knell of radiation sickness. By the end of 1945, between 140,000 and 150,000 people, overwhelmingly civilians, had perished in Hiroshima. Hundreds of thousands more were wounded.

Later that day, President Harry Truman announced the bombing and threatened Japan: “If they do not now accept our terms [for immediate surrender] they may expect a rain of ruin from the air, the likes of which has never been seen on this earth.” Three days later, on August 9, the U.S. dropped an even more powerful nuclear bomb on Nagasaki, destroying the city and murdering another 70,000 people. 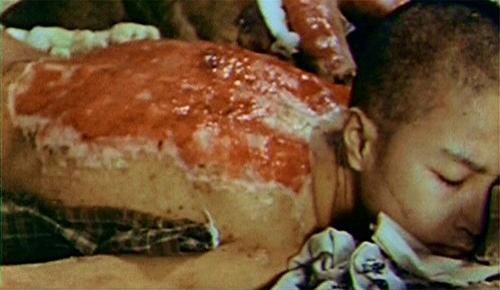 THE CRIMINALS: President Harry S. Truman, who ordered the attack; U.S. Secretary of War Henry Stimson, who oversaw the war effort, including the building of this "most terrifying weapon ever known in human history"; General Leslie Groves, in charge of building the bomb; and the military command responsible for the bombing.

THE ALIBI: Dropping a nuclear bomb on Japan was needed to quickly end the war, avoiding a U.S. invasion which Presidents Roosevelt and Truman claimed would cost a million American lives.

“I realize the tragic significance of the atomic bomb.... We have used it in order to shorten the agony of war, in order to save the lives of thousands and thousands of young Americans,” Truman stated after nuking Hiroshima and Nagasaki.

This alibi has been repeated by all presidents since: “What I think the president does appreciate is that President Truman made this decision for the right reasons,” said President Obama’s press secretary.

IN THEIR OWN WORDS:
“This is the greatest thing in history.”
—President Harry Truman, when told Hiroshima had been bombed

“If we’d lost the war, we’d all have been prosecuted as war criminals.”
—Maj General Curtis E. LeMay, who directed the bombing of Japan and relayed Truman's order to drop nuclear bombs, as reported by Robert McNamara, LeMay's aide during World War 2, and later Secretary of Defense.

THE ACTUAL MOTIVE: Control of Japan and post-World War 2 global domination. The U.S. knew Japan would collapse without an invasion and was suing for peace weeks before Hiroshima and Nagasaki. On July 12, 1945, Truman admitted in his private diary that the U.S. had received a “telegram from [the] Jap Emperor asking for peace.”

But the U.S. rulers wanted to totally control post-war Japan, prevent the Soviet Union from gaining more ground in Japanese-held Manchuria and having more influence in the post-war setup—or “get in so much on the kill,” as one U.S. official put it. This meant terrorizing Japan into surrendering immediately. That’s why the U.S. incinerated Hiroshima and then Nagasaki. Japan surrendered on August 15, six days after the Nagasaki bombing. These were also warnings to any who might think about challenging America’s dominance of the postwar world, written in mounds of charred flesh and many tens of thousands of horribly disfigured survivors.

REPEAT OFFENDER: The U.S. has repeatedly considered and threatened the use of nuclear weapons to enforce its global dominance: In the 1950s, the U.S. planned for possible nuclear war with the Soviet Union, which they calculated would have killed 600 million; in 1958, 1973, and 1980 it put its forces on nuclear alert during Middle East crises in Iraq, Israel, and Iran; in 1969 President Richard Nixon threatened to nuke Vietnam; before the 2003 invasion of Iraq, the Pentagon secretly prepared for the possibility of using nuclear weapons; Obama has announced plans to spend over $1 trillion in the next 30 years on new nuclear weapons.