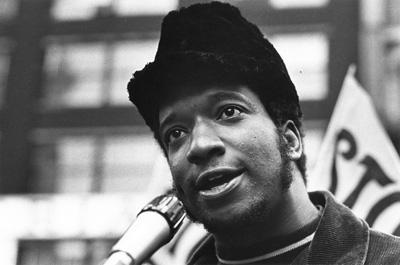 At 4:45 am on December 4, 1969, a special operations team of 14 Chicago police stormed into the apartment of Fred Hampton, the 21-year-old chairman of the Illinois Black Panther Party. They were being directed by Cook County Prosecutor Edward Hanrahan and acting in close coordination with the FBI Counter Intelligence Program (COINTELPRO). Armed with shotguns, handguns, and a .45-caliber machine gun, and guided by a floor plan of the apartment provided by an informant, the police shot anyone they saw and sprayed the apartment with machine-gun fire.

Moving to the back of the apartment, they entered Fred Hampton’s bedroom. Hampton, already wounded, was still in bed, having been drugged earlier by the FBI’s informant. Alongside him was Deborah Johnson, his girlfriend who was eight-and-a-half months pregnant with their child. As they lay there, the cops stood over Hampton and put two bullets in his brain. One cop reportedly said, “He’s good and dead now.”

The shooting continued—by the time they were done, they had also killed 22-year-old Mark Clark and critically injured four other Panthers, most of whom were asleep when police entered the apartment. After carrying out this massacre, the cops proceeded to abuse the seven surviving occupants and arrest them on major felony charges. 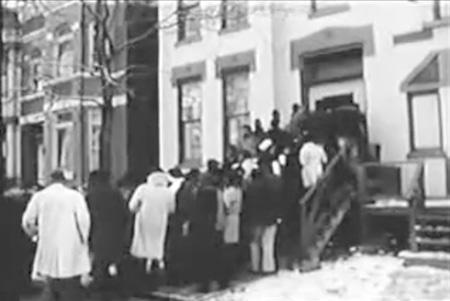 The Panthers conducted “people’s tours” of Fred Hampton’s apartment. Thousands came from the ghettos and beyond; film crews and reporters were brought in

FBI Director J. Edgar Hoover: The FBI played the main role in targeting the Chicago Panthers, and Fred Hampton in particular. It assigned one of its agents to work closely with the Chicago state’s attorney’s office on this. (Initially the authorities hid the role of the FBI, but later the FBI’s own documents revealed not only their key role, but a conscious effort to cover up that role.) An FBI informant (William O’Neal) infiltrated the Chicago Panthers and became Hampton’s bodyguard. O’Neal provided the cops with a floor plan of the apartment. And on the night of the raid, he slipped barbiturates into Fred Hampton’s drink, causing him to fall asleep in the middle of a phone call with his mom and to sleep through the whole raid. After the assassinations, O’Neal received a $300 bonus from the FBI Headquarters in Washington for his work.

Cook County Prosecutor Edward Hanrahan: Hanrahan organized the actual raid—and the outrageous arrests of the survivors—and he was the front man and mouthpiece for the assassinations. He loudly proclaimed that his officers had been under heavy fire from the Panthers and that what went down was a “shoot-out.” He even displayed a revolver that he said Hampton had fired at police. All of these claims were soon exposed as complete lies. The police fired nearly 100 shots and suffered no injuries; only one shot was fired by the Panthers. (Mark Clark’s gun went off accidentally as he fell to the floor, fatally wounded by police.) As the truth was revealed, all charges against the surviving Panthers were dropped, and Hanrahan himself was ultimately indicted for obstructing justice and tried in connection with the raid. (The trial judge directed an acquittal.)

Chicago Tribune: The system’s mass media played a key role in preparing public opinion for murderous attacks on the Panthers by painting them as thugs, racists, and animals. A Tribune editorial, “No Quarter for Wild Beasts,” 20 days before the raid, urged cops to approach the Panthers ready to shoot to kill. When the police story of the raid started falling apart, Hanrahan asked the Tribune to run an interview with the killer cops, promoting their lies. The Tribune also ran an article with pictures showing holes in the apartment walls, purportedly caused by bullets fired by the Panthers. They were actually nail holes. A Tribune reporter later admitted that the police and state’s attorney were his “sole source” for this article, even though the Panthers were conducting tours of the apartment for hundreds of people to show the world what really happened.

Hanrahan claimed that the purpose of the raid was to seize “illegal weapons” that were in Hampton’s apartment. He also claimed that police were met with heavy gunfire and were forced to fire back in response.

The claim that this was a search for weapons was a lie. For one thing, the FBI knew from their informant that most or all of the occupants of the apartment were at a political education meeting the night before the raid. So they could have executed their search warrant without a confrontation. For another, after the raid, they didn’t even bother to properly tag and catalogue the weapons they allegedly found at the apartment. And no weapons charges were pursued.

Editor's note: Here Bob Avakian talks about the 1960s.
Between the anti-war protesters and the war planners in the Pentagon; between the Black Panthers and J. Edgar Hoover; between Black, Latino, Asian, and Native peoples on the one side and the government on the other; between the women who rebelled against their "traditional" roles and the rich old men who ruled the country; between the youth who brought forward new music, in the broadest sense, and the preachers who denounced them as disciples of the devil and despoilers of civilization: the battle lines were sharply drawn. And through the course of those tumultuous times, those who were rebelling against the established order and the dominating relations and traditions increasingly found common cause and powerful unity; they increasingly gained—and deserved—the moral as well as political initiative, while the ruling class dug in and lashed out to defend its rule, but increasingly, and very deservedly, lost moral and political authority.

In reality, Hampton’s assassination was part of a broad campaign by the FBI to smash the Black Panther Party and the rapidly growing revolutionary movement that burst onto the scene in the 1960s.

In September 1968, Hoover called the Panthers “the greatest threat to the internal security of the country.” According to PBS, Hoover claimed that “1969 would be the last year of the Party’s existence.”

The Panthers were the number one target of COINTELPRO, which carried out 233 documented operations against them. These ranged from assassinations like those of Fred Hampton and Mark Clark to attempts to turn street gangs against the Panthers, efforts to create divisions within the BPP and between the BPP and white radicals, and setting up Panthers on false criminal charges. Dozens of Panthers were murdered and hundreds jailed on trumped-up charges in a coordinated national effort to crush this revolutionary force.

Hoover specifically aimed to prevent the rise of what he called “a Black messiah”—leaders and potential leaders of the people, like George Jackson or Malcolm X. Many of them were killed by the authorities. Fred Hampton was targeted because he was a bold leader, famous for his chant "I am a revolutionary," who inspired many others to take up revolution. Hampton was influenced by studying the revolutionary communist leader Mao Zedong, and was known for working with the hardest youth in the hood, as well as reaching out to other segments of society. Hampton's influence and that of the Black Panther Party were growing in Chicago and nationally.

All of the things that inspired many to love "Chairman Fred" aroused the hatred of the FBI and other defenders of this system, who feared the potential for a revolutionary force that could seriously challenge their rule during this period of tremendous social upheaval in the U.S. and revolutionary struggles around the world.

So Hampton was placed on the FBI’s “Agitators Index” as a “key militant leader.” His mother’s phone was tapped. Many FBI informants were planted in the Chicago Panther chapter, one to become his bodyguard. The FBI even wrote an “anonymous” letter to the leader of the Blackstone Rangers street organization saying the Panthers were planning to kill him, hoping to incite them to attack Hampton. All of this culminated in the savage assassination of Fred Hampton and Mark Clark.