American Crime Case #68: The 1965 U.S. Invasion of the Dominican Republic 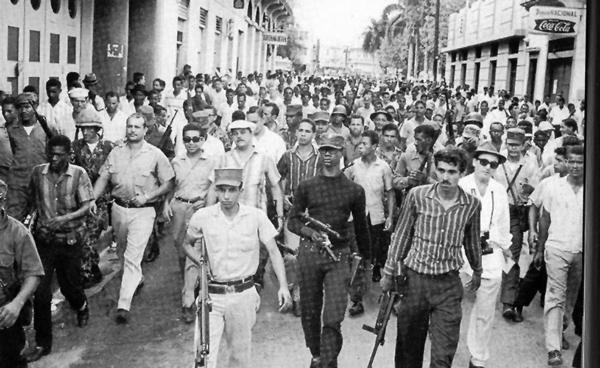 The April 24 rebellion was a complex mix of political forces. There were sections of the Dominican military, groupings of radical reformers, those influenced by the Cuban revolution of 1959, as well as real revolutionaries who looked to Mao and China, which was a revolutionary socialist country at that time. Thousands of previously unorganized and ordinary people poured into the streets in the midst of the upheaval.

On April 28, 1965, the U.S. sent its Marines to invade the Dominican Republic in an assault they dubbed “Operation Power Pack.” Within 10 days, the U.S. landed over 22,000 troops made up of Marines and the elite counter insurgency 82nd Airborne unit, Special Forces, psychological operations units, and a fleet of 41 vessels to blockade the island. Ultimately, 40,000 U.S. troops took part in this military onslaught. The U.S. also cobbled together another 2,000 to 3,000 troops from their Latin American allies, which they dubbed the “Inter-American Peace Force.” 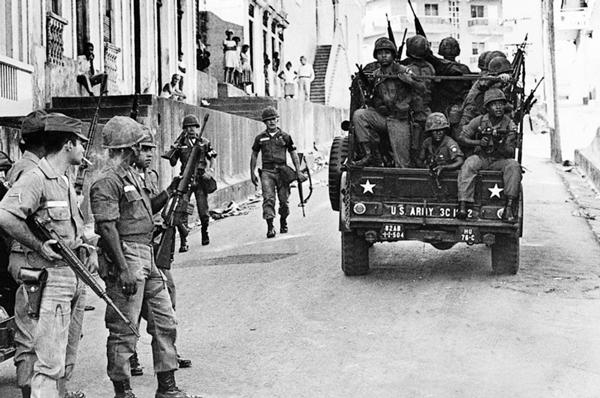 On April 28, 1965, the U.S. sent thousands of troops to invade the Dominican Republic in order to brutally crush the mass armed rebellion that arose on April 24

The objective of the 1965 U.S. invasion was to brutally crush the mass armed rebellion that arose on April 24, 1965 in the Dominican Republic. This rebellion grew out of a coup aimed at toppling the U.S.-backed dictator, Donald Reid Cabral, and to reinstate Juan Emilio Bosch, a liberal reformer elected in 1962. What began as a coup had quickly turned into an armed revolt of tens of thousands.

During the assault, U.S. F-4 Phantom jets bombed bridges and other areas of the capital city of Santo Domingo, and U.S. troops conducted house-to-house raids and blew up entire buildings in residential neighborhoods. But even with such savagery and a huge military advantage, it still took the U.S. days to retake Santo Domingo and months to fully defeat the insurgency. While the U.S. began to slowly withdraw some of its military in late May 1965, the last invading forces did not leave until September 1966 when a new pro-U.S. president, Joaquin Balaguer, was installed.

The full extent of death and destruction that befell the Dominican people was not recorded and is not fully known, even today. Most estimates are that 3,000 to 4000 were killed; some estimates say that as many as 6,000 to 10,000 Dominicans were killed during this invasion. 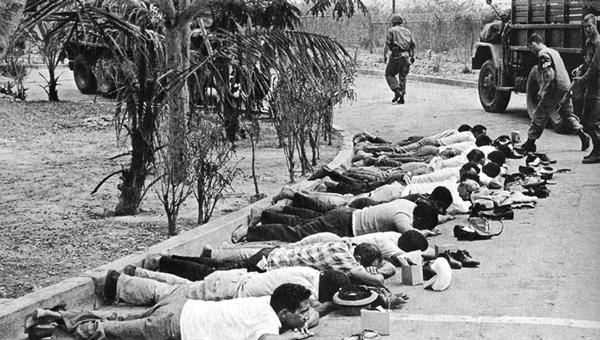 During the assault, U.S. jets bombed bridges and other areas of the capital city of Santo Domingo, and U.S. troops conducted house-to-house raids and blew up entire buildings in residential neighborhoods. But even with such savagery and a huge military advantage, it still took the U.S. days to retake Santo Domingo and months to fully defeat the insurgency. Above, a U.S. checkpoint and search of civilians in Santo Domingo.

After the initial phase of the invasion, the U.S. military occupied the Dominican Republic for 14 more months, during which they carried out guided bombing missions and brutally broke up public demonstrations.

After U.S. troops withdrew, a wave of terror was unleashed by the new U.S.-backed regime. In the 1970s under Balaguer, it was estimated that, on average, someone was disappeared every 34 hours. And generations of Dominicans were forced to leave the island and seek refuge elsewhere, many ending up inside the belly of the beast in areas like Washington Heights in New York City.

1965 was not the first time the U.S. invaded the Dominican Republic—a country that they considered as part of their strategic interests in “their backyard” in all that is south of the U.S.-Mexico border. It was the fourth time. The first invasion was in 1916 with an occupation that lasted until 1924.

President Lyndon B. Johnson, who gave the orders for the U.S. military invasion, and orchestrated the Organization of American States (OAS) participation as part of rallying support for the murderous assault internationally and domestically.

U.S. Ambassador to the Dominican Republic, W. Tapley Bennett, Jr., who called the uprising “collective madness” and for LBJ to send troops saying “I recommend...armed intervention to restore order beyond a mere protection of lives....”

The U.S. military, including numerous generals who personally directed the attack and committed war crimes in the murderous invasion and subsequent 14 months long occupation. Foremost among them was Bruce Palmer Jr. and Robert York, commanders of the 18th Airborne Corp and the 82nd Airborne Division, respectively. There were also the generals and forces from the OAS and the Dominican Republic’s own military and reactionaries who took part in the suppression of the people during and after the rebellion of April 24.

Joaquin Balaguer, who unleashed a wave of violence against the Dominican left, using death squads and driving thousands out of the country. He would funnel most of Dominican Republic’s minerals and sugar into the warehouses of U.S. businesses. Overall, he brought hell for the Dominican people’s living and working conditions (e.g., an unemployment rate of around 30 percent). 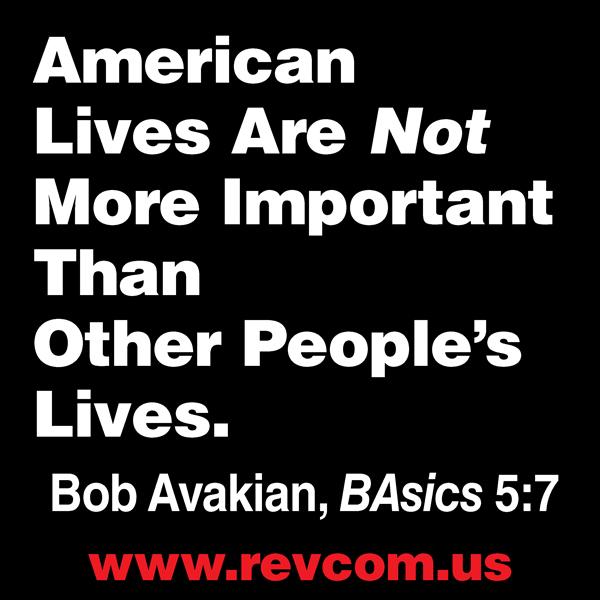 The Alibi: President Lyndon B. Johnson made public statements, in White House press conferences with national and international press and media, announcing that the invasion was necessary “in order   to give protection to hundreds of American lives.” In June 1965, he said it was to stop a situation where “1,500 innocent people were murdered and shot, and their heads cut off, and six Latin American embassies were violated and fired upon over a period of 4 days before we went in.”

The commander of the U.S. Joint Chiefs of Staff, General Earle Wheeler, wrote in his orders to Bruce Palmer about the dual purpose of the invasion: “Your announced mission is to save U.S. lives. Your unannounced mission is to prevent the Dominican Republic from going communist. The President has stated that he will not allow another Cuba—you are to take all necessary measures to accomplish this mission. You will be given sufficient forces to do the job.” President Johnson, speaking of the Dominican Republic, secretly told his National Security Adviser: “I sure don’t want to wake up... and find out Castro’s in charge.”

During the late 1950s and 1960s, a wave of national liberation struggles was sweeping across the world, most powerfully in Vietnam. By 1965, the U.S. was escalating its war there, and it feared this “contagion” could take root in the Dominican Republic as well.

Although Bosch’s promised reforms were modest, they were not in line with the needs of U.S. imperialism and the Dominican reactionary forces at that time. Just months after being elected, he was overthrown with CIA involvement. Many of the forces in the April 24 uprising supported Bosch’s program, which began as an attempted coup, but quickly turned into a mass revolt.

The April 24 rebellion was a complex mix of political forces. There were sections of the Dominican military, groupings of radical reformers, those influenced by the Cuban revolution of 1959, as well as real revolutionaries who looked to Mao and China, which was a revolutionary socialist country at that time. Thousands of previously unorganized and ordinary people poured into the streets in the midst of the upheaval. In this wild mix, who would win leadership and seize political power was not predetermined. It was an open question with different possibilities. None of this was tolerable to the U.S. imperialists, and they moved decisively to crush the uprising and re-establish control over their strategic imperialist interests.

Operation Power Pack served as a model for the U.S military to move rapidly and forcefully to defend U.S. imperialist interests in the western hemisphere, as in the U.S. invasion of Haiti in 1994.

A World to Win News Service, “The Dominican Republic, April 1965: A powerful popular revolt unexpectedly explodes in the Yankee ‘backyard’,” May 4, 2015