Genocide means killing off a whole people, or a large part of that people. Genocide is what the Europeans did to the native peoples in America, while stealing their land. Genocide is Hitler and the NAZIs murdering six million Jews.  Donald Trump is a genocidal racist.

Trump has spouted and shouted vicious racism for years, and decades.

Trump’s niece, Mary Trump, who knows him well, said this about him:

What do you think Trump will do if he can get his “knee” even more firmly on the necks of Black, Brown, and Native peoples?

And, as I have said in my August 1 Statement,* the hour is getting late, but it is not yet too late, to defeat the fascism concentrated in the fascist regime of Trump (and Pence) and to wrench something positive out of this increasingly terrible situation. But that requires fully facing up to what this regime of genocidal racist fascism represents and what it is aiming to do, and using all appropriate means to remove this regime from power—above all the mobilization of masses of people, to get in the streets, starting now, in the thousands, and stay in the streets, becoming millions, powerfully putting forward the unifying demand that this fascist regime must be OUT NOW!

(If you think this is an exaggeration, and the danger is not as great as what is said here, then you don’t know who Donald Trump really is. In part 2 and the rest of this series of articles, further evidence will be brought out to show that Donald Trump is indeed a genocidal racist whose fascist regime is a threat to the very existence not only of Black people, but to the masses of oppressed humanity, and to humanity itself—and, once again, what we are urgently called on to do in the face of this.)

*STATEMENT BY BOB AVAKIAN, August 1, 2020, ON THE IMMEDIATE CRITICAL SITUATION, THE URGENT NEED TO DRIVE OUT THE FASCIST TRUMP/PENCE REGIME, VOTING IN THIS ELECTION, AND THE FUNDAMENTAL NEED FOR REVOLUTION.  [back] 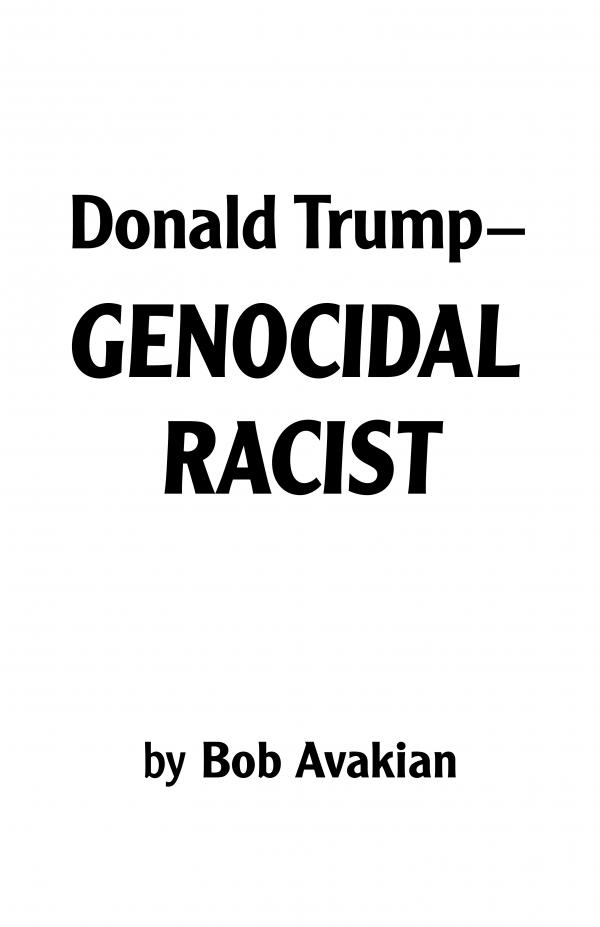