THIS IS THE SITUATION, THESE ARE THE STAKES.

Editors’ Note: What follows is an important message that concisely outlines the dynamics of the struggle around the presidential election. This originally appeared at revcom.us in late September, before the election and Biden's victory over Trump in the popular and Electoral College votes. The points here are even more relevant than ever.

TRUMP IS DETERMINED, AND HAS A STRATEGY, TO STAY IN POWER, AND HAMMER INTO PLACE HIS FASCIST PROGRAM—MURDEROUSLY ENFORCING INJUSTICE, CRUSHING BASIC RIGHTS AND LIBERTIES, ACCELERATING THE DESTRUCTION OF THE ENVIRONMENT AND HEIGHTENING THE DANGER OF NUCLEAR ANNIHILATION—NO MATTER HOW PEOPLE VOTE. Trump is already stealing the election, he has a plan in place to use key institutions, including the Supreme Court, and violent thugs, in and out of uniform, to keep his regime in power.

THE DEMOCRATS’ STRATEGY IS LIKELY A LOSING STRATEGY THAT WILL LEAD THEM TO CAPITULATE TO TRUMP (even if the actual voting favors the Democrats). Left to their own devices, the Democrats do not have the ability or the will to fight Trump the way he needs to be fought. Despite the fact that the Trump/Pence regime represents an existential threat to humanity, the Democrats have refused to call out this fascist regime for what it is and oppose it on that basis. They are calling on people to just vote as if this is a “regular” election and the “normal rules” apply. The Democrats are trying to rely on procedures and institutions that this fascist regime has corrupted, destroyed, or taken over.

IF FASCISM FULLY TAKES HOLD IN THE MOST POWERFUL COUNTRY IN THE WORLD, THIS COULD LEAD TO A CATASTROPHE FROM WHICH HUMANITY MAY NOT BE ABLE TO RECOVER.

FOR EVERYONE WHO CARES ABOUT JUSTICE, ABOUT THE ENVIRONMENT, AND A FUTURE WORTH LIVING FOR HUMANITY: WE NEED TO TAKE UP THE CALL FROM REFUSEFASCISM.ORG TO ORGANIZE AND MOBILIZE DETERMINED AND CREATIVE NONVIOLENT ACTIONS AND SUSTAINED DEMONSTRATIONS, DAY AFTER DAY, BECOMING INCREASINGLY MASSIVE AND POWERFUL, DEMANDING TRUMP/PENCE OUT NOW!—CHANGING THE WHOLE POLITICAL EQUATION AND SITUATION IN THIS COUNTRY, MAKING EVERY FORCE IN SOCIETY RESPOND TO THE POWERFULLY DEMONSTRATED DEMAND OF MASSES OF PEOPLE THAT THIS FASCIST REGIME MUST BE REMOVED.

Despite what the Democrats stand for, and how their approach would severely limit and cripple the fight against this fascist regime, in terms of voting people need to massively vote against Trump, by voting for Biden. BUT IT IS ABSOLUTELY CLEAR:

VOTING WILL NOT BE ENOUGH—AND SIMPLY RELYING ON VOTING WILL VERY LIKELY LEAD TO DISASTER. WE NEED TO TAKE TO THE STREETS NOW, AND STAY IN THE STREETS, DEMANDING TRUMP/PENCE OUT NOW!

For further understanding of all this, see these important works by Bob Avakian, available at revcom.us: the three-part series Voting Will Not Be Enough—We Need To Take To The Streets, And Stay In The Streets Demanding Trump/Pence Out Now! (in particular Part 3, Trump’s Fascism—More Blatant and Dangerous Every Day: How a Determined Fight and Massive Mobilization Could Defeat This) and Statement by Bob Avakian, August 1, 2020, On the Immediate Critical Situation, The Urgent Need to Drive Out the Fascist Trump/Pence Regime, Voting in This Election, And the Fundamental Need for Revolution. 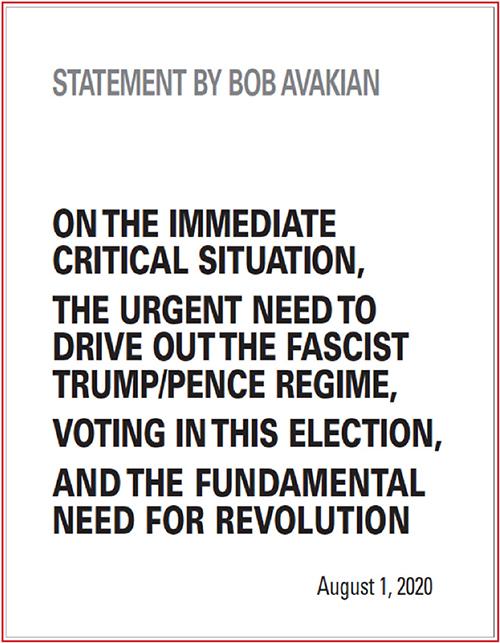 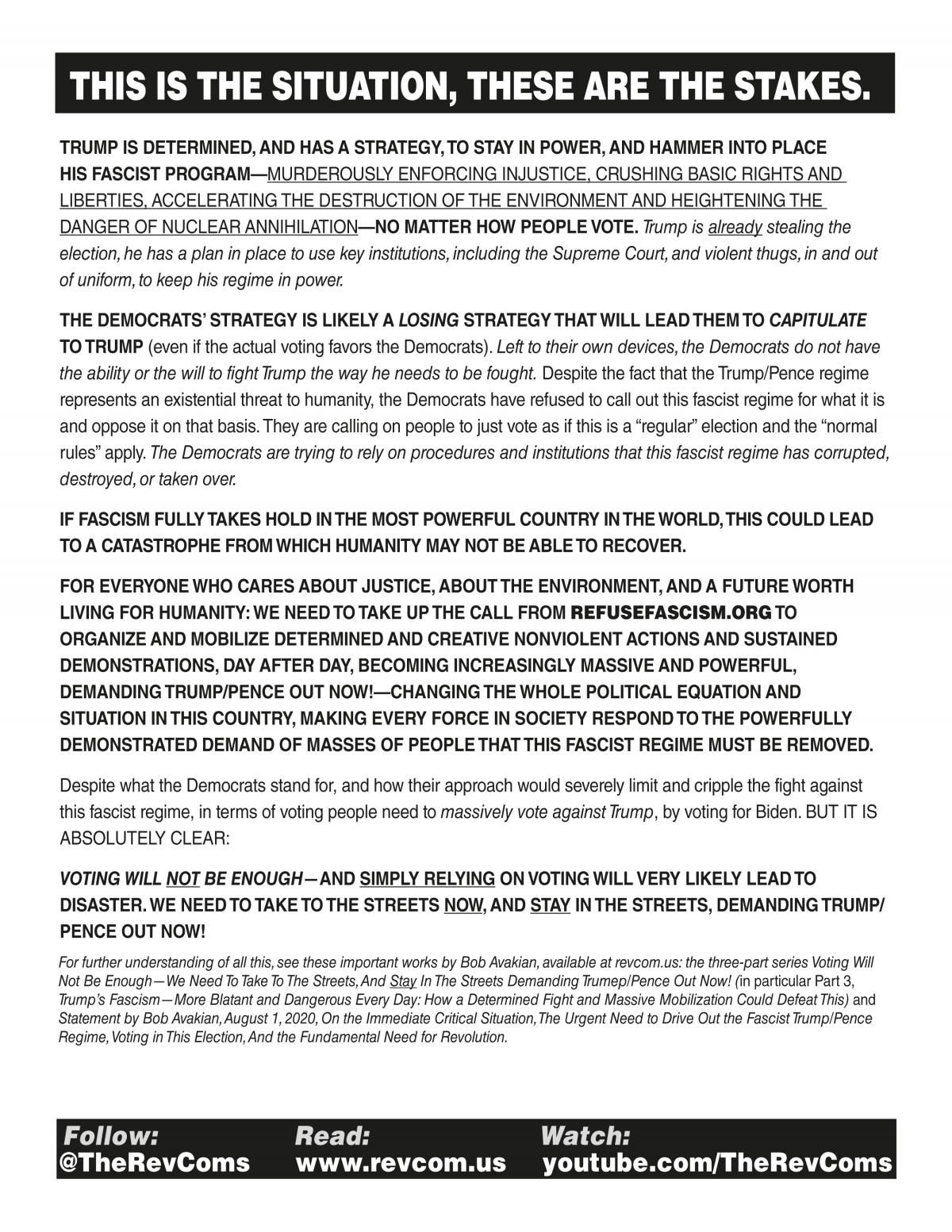 Part 1:
THE DEMOCRATS CAN’T FIGHT TRUMP
THE WAY HE NEEDS TO BE FOUGHT

Part 2:
TRUMP IS ALREADY STEALING THE ELECTION AND THREATENING EVEN MORE VIOLENCETO STAY IN POWER

Part 3:
TRUMP’S FASCISM—MORE BLATANT AND DANGEROUS EVERY DAY:
HOW A DETERMINED FIGHT AND MASSIVE MOBILIZATION COULD DEFEAT THIS 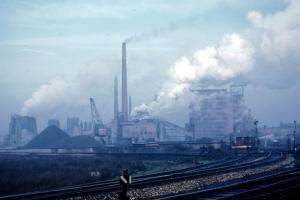