Pigs Walk Free in the Shooting of Jacob Blake 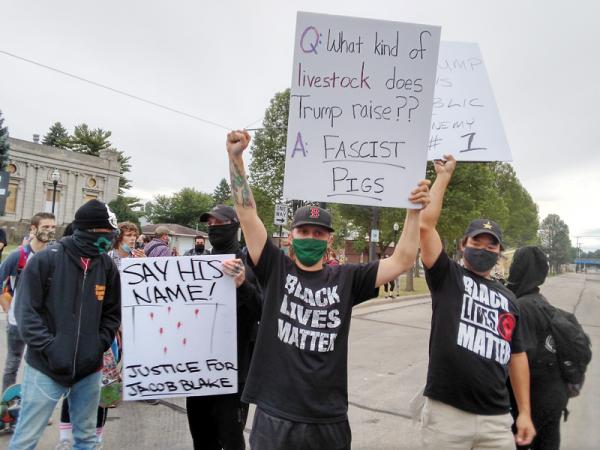 As a fascist coup attempt is taking place in the halls of Congress and the streets of Washington, DC to overturn the election of Biden as president, in Wisconsin on January 5 the District Attorney for Kenosha County announced that no charges would be brought against the cop who shot Jacob Blake in August. Shot in the back seven times in the front of his small children and captured in a video the whole world witnessed.

This non-indictment of a murdering cop is completely in line with the stance of the Trump/Pence fascist regime on policing. After all, this is a regime headed by a genocidal racist who went to Kenosha to praise the police after they shot Jacob Blake, and met with the sheriff who had called for Black males to be warehoused until they perished. A fascist leader who considers the Black Lives Matter movement to be terrorist, and who has bragged, “Trump loves cops and cops love Trump!” Trump's pit bull Attorney General William Barr argued that the police shooting was justified right after it happened, in keeping with this regime's Department of “Justice” not bringing a single indictment against a police officer for killing or brutalizing anyone in its four years. 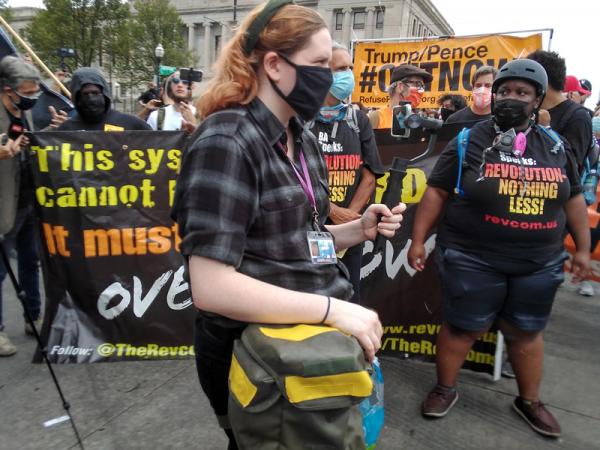 This summer, all across the country, day after day, people were protesting George Floyd's murder by police. In Kenosha, after Jacob Blake was shot, people there rose up in a fury, night after night demanding justice for Jacob Blake. Curfews, National Guard, tear gas and brutal repression met the protesters, but no arrests of the cops involved in the horrific shooting happened. Instead, two people taking part in the protests were shot dead by a teenage reactionary vigilante. The fascist media/movement turned that killer (Rittenhouse) into a hero, and raised two million dollars for bail to get him out of jail. Jacob Blake, who underwent multiple surgeries and is paralyzed from the waist down and undergoing intensive rehab, probably spent more time in the hospital than Rittenhouse spent in jail.

This is America's war on Black people. But it gets worse.

DA Acts as Defense Attorney for the Murdering Pig

The case was never presented to a grand jury. The “press conference” announcing the non-indictment of the pig was a 90+ minute presentation by the District Attorney of Kenosha and an “independent, outside use-of-force expert” that was broadcast live. It could have been—NO, IT WAS—really the opening statement of a defense attorney for the cop who shot Jacob Blake. Under the guise of explaining why he was not going to charge the cop with anything, the DA put Jacob Blake on trial and blamed him for controlling his own shooting. Complete with slides and “evidence” that he claimed showed that the cop was justified in shooting Jacob Blake because there was supposedly a history of domestic violence, along with the claim that there was a warrant out for Jacob Blake which somehow justified trying to murder him within 65 seconds after the cops arrived on the scene. 65 seconds!

The DA claimed that Jacob Blake, who was walking away from the gun-brandishing cops, turned a little when one cop grabbed his shirt to stop him as he got near the car where young children sat in the backseat—and that slight move threatened the cop’s life. This police murder of Black people is built into the law in this country—all that a killer cop has to do is say they “feared for their life.”

But it got worse. The DA claimed that if there were a trial of the cop, Jacob Blake would be THE key witness, even though there were many eyewitnesses. The DA declared that Blake would be proven to be a liar so the cop would be acquitted!

On a critical issue, the DA claimed Blake had a knife at some point while the use-of-force expert seemed to admit that Blake did NOT have a knife when he was shot. Regardless, Blake was clearly walking AWAY from the cops and he had his back to them.

Yet it got worse. The “use-of-force expert,” the Black former police chief of Madison, Wisconsin, purported to show why firing seven shots was justified. This pig had the nerve to go into some completely unrelated case where a man had killed his children and claiming that was the reason they had to shoot Blake in front of his children—to protect them! Blake’s son’s birthday, which was being celebrated that day, will be forever tied to seeing his father shot.

RACIAL OPPRESSION
CAN BE ENDED—
BUT NOT UNDER THIS SYSTEM

As Carl Dix wrote in a recent article on the non-indictment of the Cleveland cops who murdered 12-year-old Tamir Rice:

This regime's DOJ didn't bring a single indictment against a police officer for killing or brutalizing anyone in its four years.  At the same time, the refusal to indict this killer cop bears the stamp of the capitalist-imperialist system we live under. Law enforcement officers have killed hundreds of people every year for decades. Many of these victims of killer cops were unarmed and doing nothing wrong when their lives were stolen by those who are sworn to protect and serve. Killer cops are almost never punished for their crimes. While Trump's DOJ didn't indict a single cop in its four years, Obama's [and Biden's] DOJ only indicted one cop in its eight years—Michael Slager, a white cop who shot Walter Scott in the back in South Carolina in April of 2015 and whose state trial ended in a mistrial.

The murder of Tamir Rice [it is painful to say that you can substitute many other names of people killed and maimed by the police here—Breonna Taylor, George Floyd, Jacob Blake… the list goes on and on] was no isolated incident. It is typical of the wanton murder and brutality that police perpetrate disproportionately against Black people. Together with mass incarceration, it forms the spearhead of a slow genocide targeting Black people. These horrors are unacceptable and must be stopped. As Bob Avakian said in the article “Racial Oppression Can Be Ended—But Not Under This System”: “It is not only right but crucially important to rise up and wage a determined fight against this, but it is also crucial to recognize that this racist oppression will never be, can never be eliminated under this system—and to finally put an end to it, we need a radically different system.” This radically different system is not only necessary—it's possible. It can be brought into being through revolution... 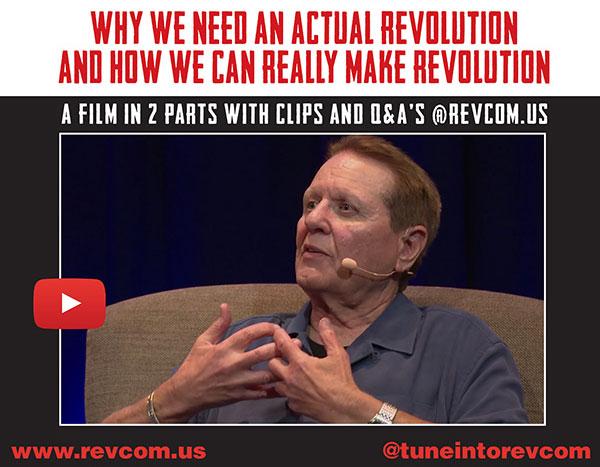