Health and environmental experts today warned of a dangerous new pollutant, said to cause mass delirium. In a press release issuing its highest level of alert, the World Health Organization (WHO) stated that “BPB has caused otherwise normal people to abandon their senses.”

BPBS, which stands for Biden’s Political Bullshit Syndrome, was released into the air last week during the course of the global climate summit. A WHO spokesperson, Dr. Delphi Pukka pointed out that the plan proposed by Biden during this summit relies on technologies that don’t even exist or are in their infancy, and assumes decisions in industries that would fly directly against the need of capitalist enterprises to maintain the highest possible rate of profit. All this while maintaining a culture of parasitic consumerism, made possible by continuing the domination of the entire planet by the U.S. military—which is also the world’s number one institutional polluter.

Even accepting all that—which Pukka warned no decent person should accept lest they fall victim to the dreaded ASS Syndrome1—the plan would not make a meaningful dent in the global catastrophe. “There is no time to lose,” Pukka insisted, “and anything less than the truth could lead to the extinction of the human species.”

Yet people like Bill McKibben—the influential environmental activist and writer—hailed the plan. Pukka shook her head, citing McKibben’s New Yorker article right after the Biden climate summit that stated “it’s big enough” and that “to make it happen, he’s [Biden’s] going to need the movement that got us to this point.” McKibben concluded his assessment of Biden’s climate pledge: “This is a real shot in the arm, and it’s going to have to last.”

“This is either simple self-deception—and worse, deception—or the man has taken leave of his senses due to this dangerous new pollutant,” said Pukka, shaking her head. “We don’t know yet, but I believe the data will bear out that one way or another BPBS has played a very deleterious role in this sad affair. Still worse, he is not alone—people who once sounded the alarm, like the writer David Wallace-Wells, are now going on cable TV to say that Biden’s plan is ‘unbelievably ambitious’ and to claim that governments and business leaders all over the world are now ‘seeing the economic benefits ... the faster we move’ to solve the problem of climate change.”

In closing the press conference, Dr. Pukka concluded that, “This may be a case of people like McKibben and Wallace-Wells indulging in wishful thinking, unable to confront the real depths of the problem and dreading the necessarily extreme solution of revolution that alone can solve it. It’s easy to blame BPBS—but for people whose claim to authority is based on upholding science, there’s no excuse, with the oceans rising and the forests on fire, to NOT confront the truth. Hopefully, at least some of those suffering will regain their senses soon. We do have some evidence that the toxin can be contagious if not quickly confronted.”

In the meantime, she urged that interventions be done with McKibben, Wallace-Wells, and other victims of BPBS. 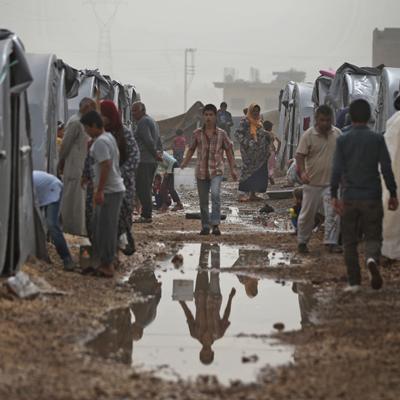 Capitalism-Imperialism from Destroying Our Planet!

1.  The ASS Syndrome, which continues to pose a serious threat around the COVID-19 epidemic, as documented in these pages last fall, refers to the American Self-serving Stupidity syndrome. Initially hailed for its tranquilizing properties, global consensus has developed that this syndrome and its underlying causes must be wiped out if humanity is to survive. [back]