It’s Time to Get Organized For REVOLUTION, NOTHING LESS!

A system that greenlights the white supremacist vigilante slaughter of people standing up for Black lives is completely illegitimate. It needs to be brought down—overthrown—at the soonest possible time.

Everyone who cares about justice, about Black lives, about a decent future for humanity needs to get with the Revcoms and get busy preparing for this revolution now. 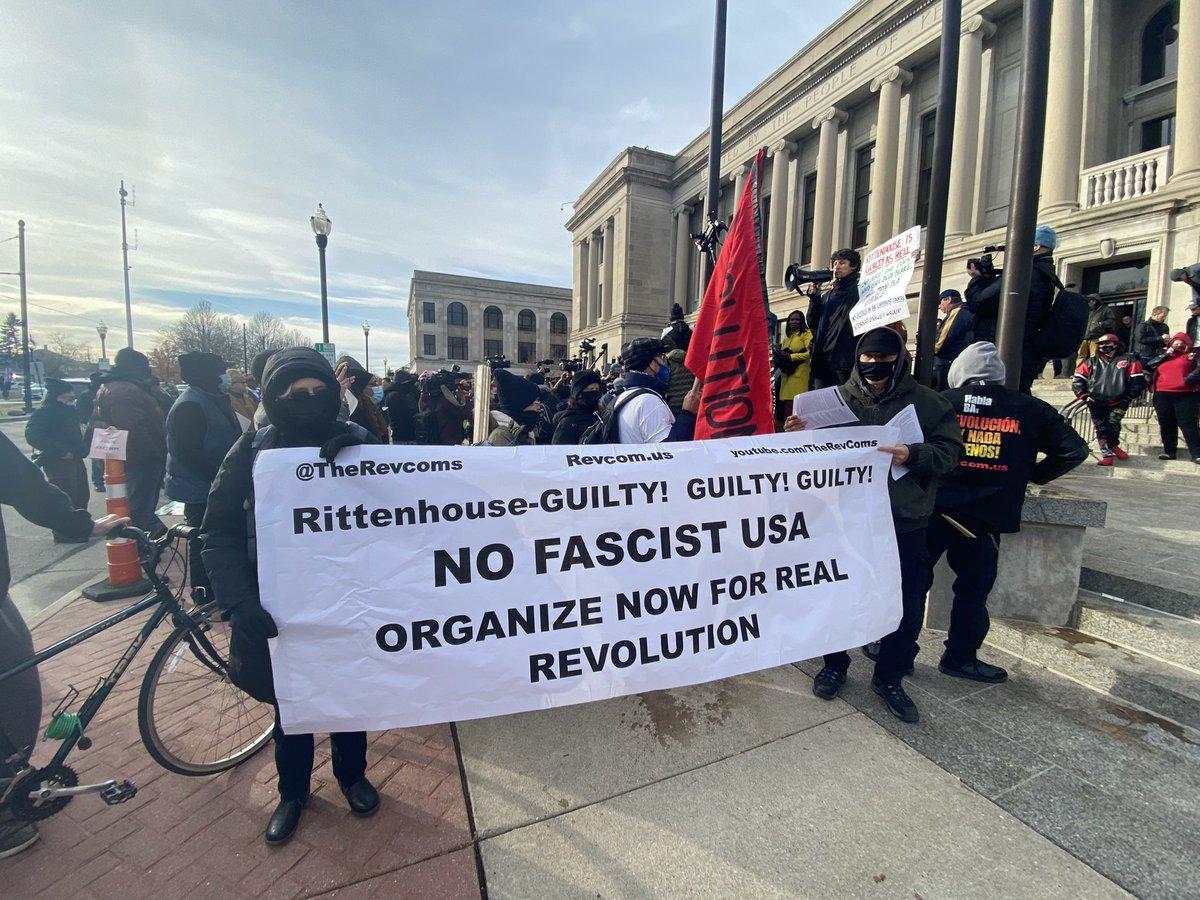 The Revcoms hold a banner reading “Organize now for real revolution” outside the courthouse in Kenosha, Wisconsin    @BGOnTheScene

Anthony Huber and Joseph “Jojo” Rosenbaum, the men who Kyle Rittenhouse shot dead in the streets of Kenosha, Wisconsin, are HEROES and every decent person should recognize them as such. At a time when all too many are absorbed in selfishness and selfies, in snarking and tearing others down, these men gave their lives in the fight against police terror and white supremacist violence. Their lives, including their sacrifice, truly counted for something.

Kyle Rittenhouse is a cowardly, sniveling, fascist punk. For the slaughter he carried out, he is a hero to fascists and white supremacists everywhere. These fanatical fascists have already been invading every sphere of public life, attempting to terrorize people who don’t go along with them. Like Rittenhouse, they are armed to the teeth. Like Rittenhouse, they are championed by Trump and backed by the fascist GOP at all levels of government. These fascists think they could just carry out a one-sided slaughter of Black people and other people of color, “illegal immigrants,” “uppity women” and those who don’t conform to “traditional” sexual and gender relations and “norms.” This verdict will only make them more aggressive and deadly.

Passivity and silence in the face of this will only fuel the momentum towards fascism and even more monstrous horrors. A line has been drawn. Everyone must pick a side. 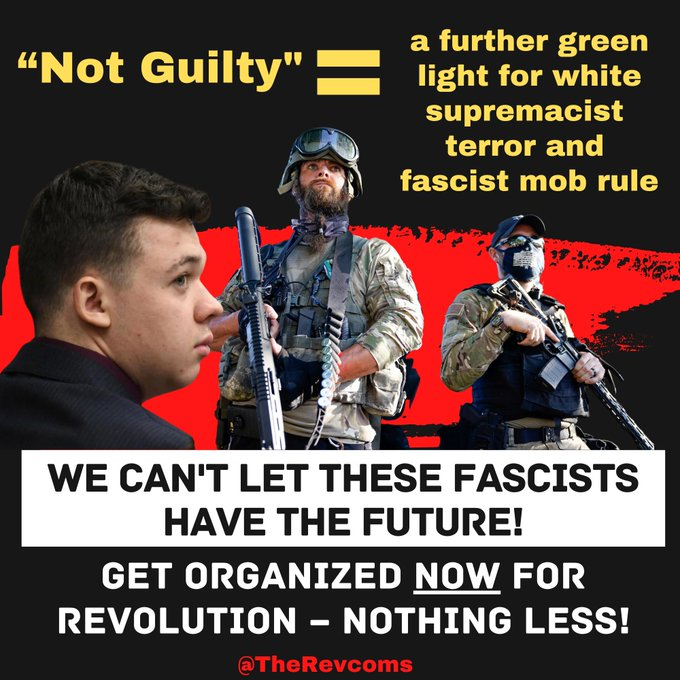 As Bob Avakian, the revolutionary leader and the author of the new communism, has said:

(from THIS IS A RARE TIME WHEN REVOLUTION BECOMES POSSIBLE—
WHY THAT IS SO, AND HOW TO SEIZE ON THIS RARE OPPORTUNITY)

Now is the time for courage, for outrage, and—most of all—for lifting our sights to, getting organized for, and fighting to repolarize all of society for the only real solution: AN ACTUAL REVOLUTION.