On the Death of Abimael Guzmán, “Chairman Gonzalo” 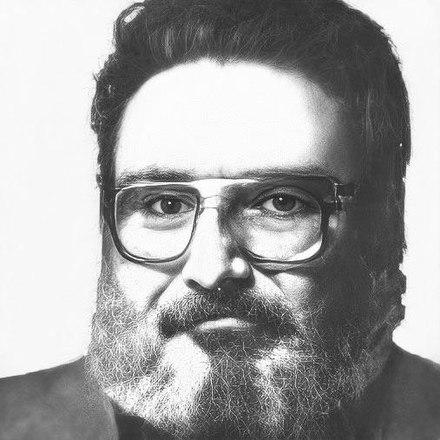 On September 11, 2021, Abimael Guzmán, known widely as Gonzalo, chairman of the Communist Party of Peru, died in an underground prison in a naval base outside of Lima, where he had been kept in solitude for 29 years, deprived of any ability to speak publicly except in limited court proceedings.

International mainstream media, together with local Peruvian press, were quick to characterize and defame him as a vicious "cultist leader" of a "terrorist" communist movement. This is false, and part of an effort to equate revolutionary struggles against the system with those movements whose goal is to terrorize the people. It is beyond the scope of this article to provide a thorough analysis of the life and role of Gonzalo, or of the leadership he gave to the revolutionary struggle in Peru. However, there is a need to make some clarifying points that orient people towards what is needed now.

Gonzalo was the leader of the Partido Comunista del Perú (PCP) that launched a revolutionary peoples’ war in the rural highlands of Peru in 1980. This armed struggle had as its ultimate goal the establishment of a communist society free from the oppressive class forces dominating Peruvian society. This was guided by their understanding of Maoism, that this revolutionary war was being fought in the service of the international struggle against imperialism, and for communism worldwide.

At the same time, there were serious weaknesses and shortcomings in their conception of communism. In important ways, these echoed tendencies among other forces in the then international communist movement, which are in opposition to communism, especially its advance in the breakthrough of the new communism, brought forward by Bob Avakian (BA).

The people’s war that Gonzalo led from 1980 until his capture in 1992 by the Peruvian authorities—aided by U.S. imperialist intelligence agencies—was launched at a time of great turmoil. This was in the wake of the reversal—after the death of Mao Zedong in 1976—of the most emancipatory society yet achieved in history: the genuinely socialist society of the People’s Republic of China (PRC) following the revolutionary seizure of power in 1949. After Mao’s death, his opponents inside the Communist Party of China (CPC) carried out a coup, seizing power. They set about to reverse the gains and direction of that revolution, restoring and building up a capitalist society—while maintaining the name and ruling structures of the CPC and PRC. But this was not clear to most, and led to great disorientation and demoralization within the ranks of revolutionaries.

In countries all over the world, the followers and defenders of Mao worked to regroup and sum up what had happened with this major setback in China, and how to go forward. Bob Avakian took the lead in summing up that what had occurred was—in fact—a reversal of the revolution. He also synthesized the tremendous accomplishments of Mao’s leadership. This work by BA was crucial to move forward in the wake of this setback. As part of and continuing the scientific evaluation, he also began to dig deeper into some of the shortcomings of the previous socialist societies, and in some of the theoretical conceptions of communism thus far.1

In the same period, in Peru, the PCP, led by Gonzalo launched a people’s war of oppressed masses against the reactionary Peruvian state in 1980. Gonzalo was able to bring together a core of leaders who were on fire with revolution, and they set out determined to lead the masses to make revolution, especially among the country’s rural peasants and indigenous peoples. The armed forces of the reactionary Peruvian state, supported by U.S. and other imperialists, responded with vicious and repressive counter-revolution, killing thousands.

This people’s war grew and developed. In the “base areas” of the revolution, women rebelled against patriarchal chains of feudal tradition. Peasants in the revolutionary struggle declared their determination to throw off the yoke of U.S. imperialism in service of the world revolution. All of this aroused hope in the country, in the region and around the world, and was supported by the communist forces internationally who were defending and working to base themselves on the contributions of Mao Zedong. When Gonzalo was captured, those who had been inspired by and supportive of the People’s War in Peru rallied internationally to defend his life, and lend support to those who tried to carry forward.

At the same time, it is important to note that there had been, from the beginning, serious and significant shortcomings in the conception of communism, and Maoism, as put forward and forged by Gonzalo. These also led and contributed to significant errors and setbacks when Gonzalo was captured in 1992.

For example, there was a marked influence of the anti-scientific idea that the victory of communism is inevitable.2 This erroneous view is opposed to the scientific methodology needed to understand and transform objective reality, which is necessary for advancing the revolution towards the emancipation of all humanity—communism.3 Overall, there was a downplaying of and opposition to a fully scientific approach. Harmful and religious tendencies also manifested in the PCP: of treating Gonzalo as infallible, and at times saying that he was a guarantee of victory. These shortcomings and errors contributed to the disorientation of those who had been following Gonzalo’s leadership after his capture in 1992.

Also, in relation to the socialist transition to communism, the PCP advanced the conception of “the militarization of the society” and the centrality and need for “revolutionary violence” until all forms of exploitation are eliminated worldwide. This is very wrong and harmful, and in fact goes against the understanding that Mao developed on this crucial question, and even more against what has been further qualitatively developed by Bob Avakian with the new communism.4

In historical perspective, these shortcomings stand in sharper relief in the context of the further development of the new communism. Along with other questions, some of these have also been at the center of struggles and dividing out over cardinal questions of ideological and political line, including among the erstwhile communist forces who had previously stepped forward to forge unity in the wake of the defeat in China.5

Today, in this regard, what is most important is that there has been a new communism brought forward by Bob Avakian that puts communism on a more thoroughly and consistently scientific basis. This new communism resolves critical contradictions in the theory and practice of the communist movement, including the insistence of the new communism that the revolution that is urgently needed is not for revenge, and not for the “last to be first, and the first last,” but is to put an end to the situation, everywhere, where there are those who are “first” and (many more) who are “last.” The goal is the emancipation of humanity from all exploitation and oppression, and the means that are necessary in fighting for that goal must be consistent with, and an expression of, that goal. All of this underscores the urgent need to bring forward many new legions of people all over the world based on the breakthrough of the new communism—as emancipators of humanity.

To learn more about this, go to The New Communism by Bob Avakian, Communism: the Beginning of a New Stage: A Manifesto from the RCP, USA and other materials available on revcom.us; and Demarcations [Demarcations-journal.org].

2. This was expressed, for example, with such formulations in PCP documents as “we are condemned to victory” or “15 billion years of matter in motion are all headed toward communism.” [back]

5. For more, go to Communism: the Beginning of a New Stage: A Manifesto from the RCP, USA. [back]