Fascists Assault Black Voting Rights and the Rule of Law, Move to Lock Down Power, While Democrats Posture and Dither 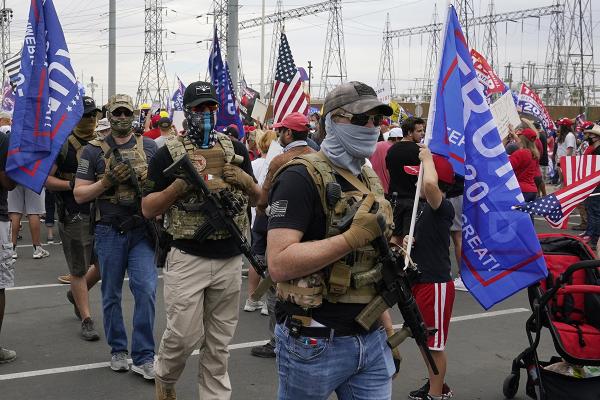 In “Something Terrible OR Something Truly Emancipating,” Bob Avakian points out:

The reality now is that the fascist section of the ruling class, represented by and concentrated in the Republican Party, is actively and aggressively engaged in a “two-pronged” move to achieve and consolidate fascist rule. These “two prongs” are: corrupting and controlling the electoral process and key government institutions; and the threat and use of violence, including through the mobilization of violent mobs. These fascists are, for now, relying mainly on the first, but with the second (violence) as an “accompaniment” to this—which could become their main means, if that proves necessary for them. [Emphasis added.]

This is not an exaggeration! Using the entirely manufactured claim that the 2020 election was “stolen” from Trump, Republi-fascists have been going all out to put their thumb on the scales of future elections, and at the same time, to discredit the elections, in order to justify violence (like January 6) if they lose anyway.

In 2021, 19 states passed 34 laws restricting access to voting, and 152 more are “in the pipeline” to be voted on by state legislatures in 2022. Many of these laws make it more difficult for voters to cast mail ballots that count, or make in-person voting more difficult by reducing polling place hours and locations. These will disproportionately target people in big cities, where election day news videos routinely show Black and Latino people, as well as other urban dwellers—people who often work in jobs or have life conditions that make getting to the polls extremely difficult in the first place—waiting in lines for hours. Some increase voter purges or the risk of faulty voter purges.1 Others empower racist “poll watchers” to hover over people as they vote, and prohibit election workers from interfering with this type of intimidation. And on and on. These form part of a long tradition in the U.S. of using both law and violence to prevent Black people, as well as other “minorities,” from voting—as part of denying them any civil rights whatsoever.

Another 23 laws in 14 states “empower state officials to take control of county election boards, strip secretaries of state of their executive authority, or make local election officials criminally or financially liable for even technical errors.…” Boiling it down, these laws in various ways, work to allow state officials or legislatures in Republican-controlled states to overturn election results in individual counties or even in the state as a whole if they think the results are “wrong.”

On top of this, officials or election workers who don’t go along with this are being driven from their positions. Those who are elected are facing primary challengers backed by Trump himself. Regular election workers and volunteers are facing death threats and other forms of harassment. Nationally, one in three election officials reported feeling unsafe in their jobs, and one in six said they plan to retire before the 2024 elections.2

And this drive to “corrupt and control” and/or to violently “overrule” the elections is not an end in itself, nor is it an attempt by corrupt politicians to hold on to their offices, or to pass tax cuts for the rich. It is a vital part of consolidating all-out fascist rule. As BA goes on to say in “Something Terrible OR Something Truly Emancipating”:

… if they succeed, the full power of the government—including the executive power of the presidency, the courts and legal apparatus, the prisons, as well as the police and the military—will be wielded to crush any effective opposition to fascist rule and to forcefully impose its program of “restoring” America to its mythological “greatness” on the basis of aggressive white supremacy, crude and brutal male supremacy and suppression of LGBT people, xenophobia (hatred and persecution of foreigners and immigrants, particularly from what Trump infamously referred to as “shithole countries”), forceful assertion and chauvinistic trumpeting of American dominance and “the superiority of western civilization,” along with willful rejection of science and the scientific method, especially where it would interfere with unrestrained plunder of the environment, as well as people.

The half-hearted efforts to oppose this by those the system designates as the “saviors” of the oppressed—i.e., the Democratic Party—have all but ground to a halt. After Joe Biden’s highly publicized speech early in the week vowing action, the bill he was pushing fell apart from opposition inside his own party, and their only answer now is to “work harder” … in an ever-more rigged game.

“Something Terrible, OR Something Truly Emancipating,” in a critical section on “supporting, and defending, people who are constantly being subjected to unjust attacks on their rights and their very being [and] calls for defense of this right,” says this:

There are continuing moves, including with the threat or use of violence, to once again prevent Black people and other oppressed people from even exercising what are supposed to be basic rights, such as voting. (With a scientific method and approach, it is both possible, and important, to actively oppose attempts to deny people the right to vote, and at the same time win people to see that their efforts need to go, not into voting for representatives of this system that is oppressing them, but working to build up the basis to overthrow this whole system.)

1. Voter purges refers to officials going through the lists of registered voters and striking some people from the rolls. The federal Civil Rights Commission found that these purges "have a disparate impact on voters of color and poor citizens." In July 2017, Georgia’s Republican Secretary of State Brian Kemp—who was running for governor—struck over 500,000 voters (eight percent of Georgia’s total voters) in a single day. In 2018 he won the governor’s race against Black Democrat Stacey Abrams by just 55,000 votes. [back]

2. For more on this, see “Fascists Move to Bolt Down Elections to Ensure Their Rule: How to Understand It and How to Act” at revcom.us, October 4, 2021. [back]