In person at Revolution Books

Special message from Ariel Dorfman, author, Death and the Maiden

The Islamic Republic of Iran has responded to righteous mass rebellion and protest with a brutal wave of arrests, torture, and executions targeting human rights and women's activists, dissident intellectuals and artists, protestors and revolutionaries. 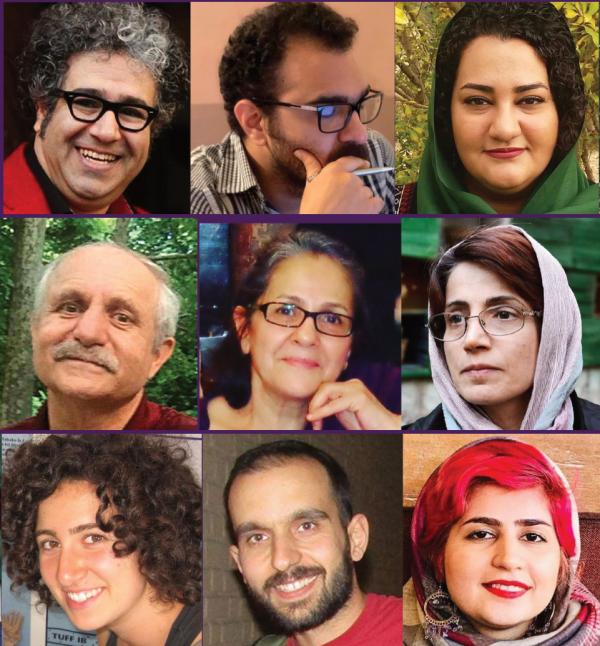 Political prisoners held by the Islamic Republic of Iran.

This vicious repression has been met with courageous resistance, including from within Iran’s dungeons, and a global movement to free Iran’s political prisoners. But the lives of hundreds now incarcerated remain in mortal danger.

Hear from global activists from the International Emergency Campaign to Free Iran's Political Prisoners who will discuss the latest developments in the regime’s brutal crackdown and the resistance, including the powerful full-page ad in the Summer issue of the New York Review of Books, endorsed by over 2,700 people including Cornel West, Noam Chomsky, Gloria Steinem, Ariel Dorfman, Jody Williams, Dan Ellsberg, Judith Butler and many other prominent voices. The September 25th program will discuss how to carry forward the worldwide struggle to free Iran’s political prisoners and its importance for humanity.

— From the International Emergency Appeal

Suggested donation for events $5-10 | Proof of vaccination required to attend inside. Outdoor audience will view event on a large screen.

Show your solidarity by sending statements or videos that may be part of, or help build for this program.