March in Opposition to U.S. and Russian 'Imperialism'

Translation into English by revcom.us. 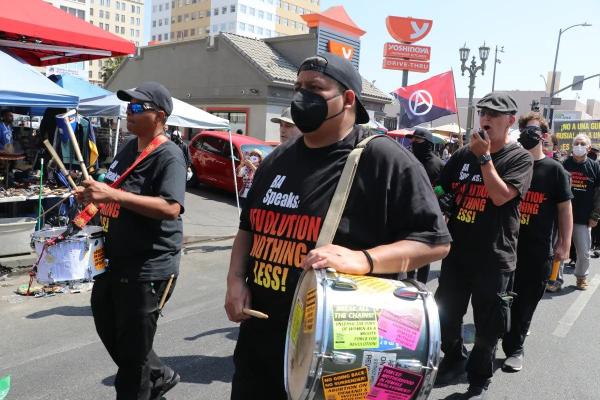 Members of the Revolution Club of Los Angeles take advantage of May 1 to demonstrate against the United States, its allies of the North Atlantic Treaty Organization (NATO) “for their proxy war” against Russia and the invasion of this country in Ukraine.

The first national protest against the “imperialism” of the United States and Russia was held in the area of MacArthur Park, which was replicated in the Harlem neighborhood of New York City.

“The US-NATO proxy war against Russia in Ukraine is between rival contending imperialists that could lead to direct confrontation, and potentially even nuclear war,” said Noche Díaz, national spokesperson for the Revolution Club.

“The people of the United States and around the world must rise up to demand an end to the conflict in Ukraine and the direct and indirect involvement of imperialist countries on both sides of the war,” he added.

“If this continues, it will not only cause even greater suffering for the people of Ukraine, but it will turn into a more terrible conflict that will cause mass destruction and death, even the extinction of humanity itself.”

As of April 28, the office of the United Nations High Commissioner for Human Rights (OHCHR) verified a total of 2,899 civilian deaths as a result of the war.

“They are human beings and as long as imperialism and conflicts continue for domination in the world, these tragedies will continue to happen,” Michelle Xai told La Opinión. “First there were the wars in Iraq, then in Afghanistan and now in Ukraine, the United States is implicated in this. This will not end until the interests of humanity come first.”

After a series of speeches at the intersection of Seventh and Alvarado streets, in MacArthur Park, from a truck with loudspeakers, Sierra Ríos invited the passersby to join in rejecting the war.

The conflict in Ukraine that started on February 24 has also had an effect on global food prices in the world.

At the same time, President Joe Biden is pressing Congress to consider additional aid to the regime of President Volodimir Zelensky, with an additional $33 billion package.

However, the Russian authorities have said that they are also bringing humanitarian aid to the conflict zones where they have gained control in Ukraine.

“We have to defeat this violent system in favor of humanity and we do not accept this future,” Sierra Ríos declared.

Her compañera, Luna Hernández added, “We all have to oppose this war.” 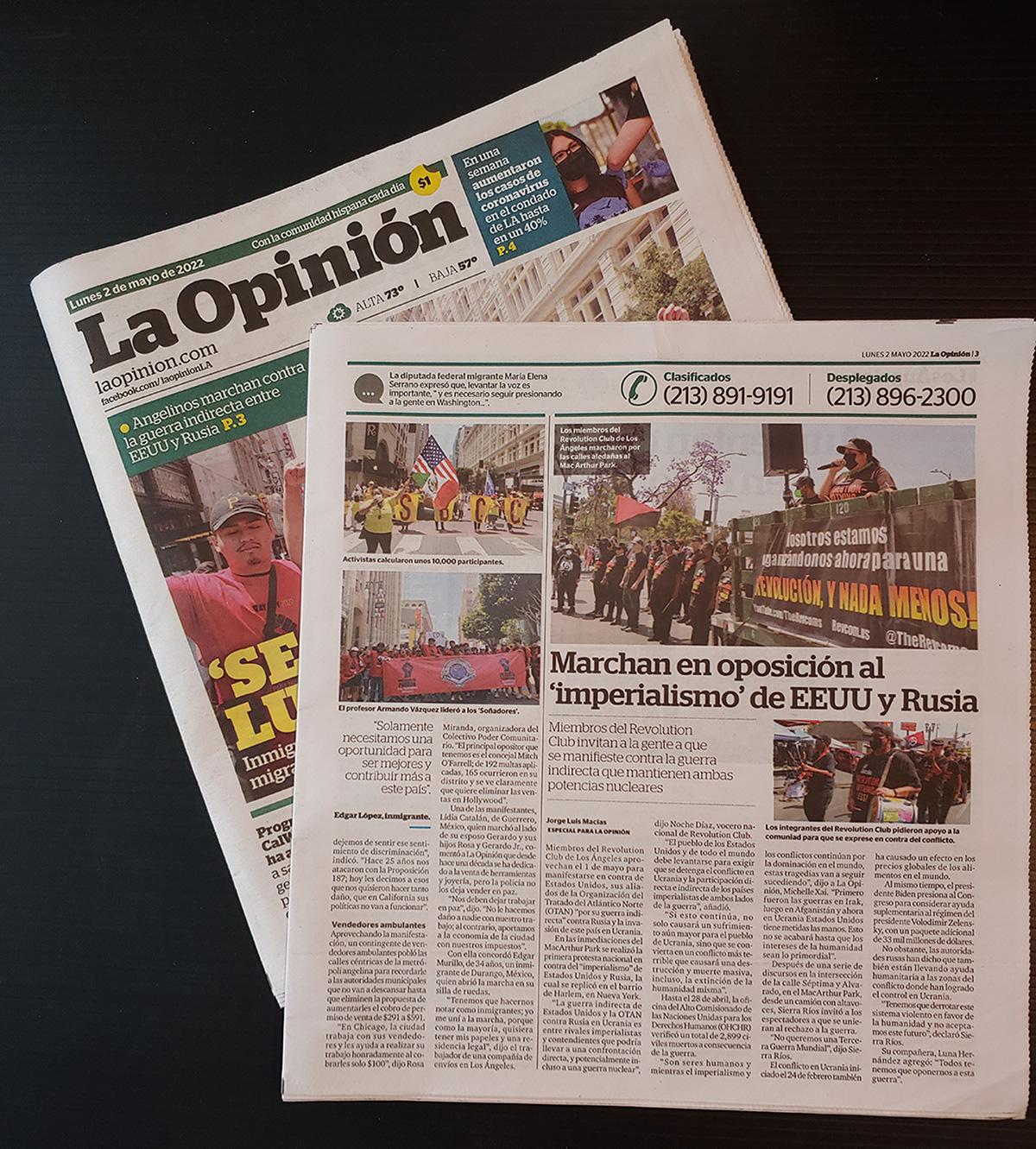 La Opinión on May 2, 2022 features article about May Day and the Revolution Club in Los Angeles.