On the Ukrainian-Russian Border: 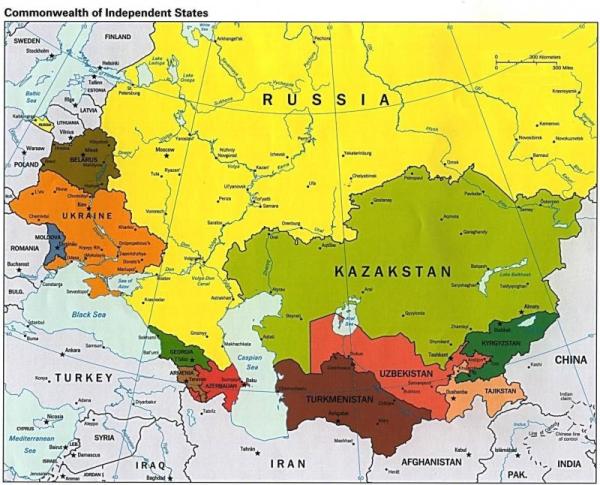 Countries that formerly made up the Soviet Union.

Since we wrote last week, the crisis on the Ukrainian-Russian border has grown more uncertain, volatile and dangerous.1 And as it has, the astonishing arrogance and hypocrisy of the U.S. stands out in even sharper relief in its contention with Russia, a rival imperialist power.

First, negotiations between the U.S. and NATO2 on one side and Russia on the other are going nowhere, and more and more threats are now circulating. In addition to the possibility of Russia invading Ukraine (or perhaps just the two eastern regions where pro-Russian separatists are currently fighting the Ukrainian military), the prospect of some kind of “asymmetric” Russian response--ranging from a cyberattack on Ukraine’s power grid and/or that of the U.S., to deploying nuclear missiles on submarines in international waters near the U.S.--is now being floated. 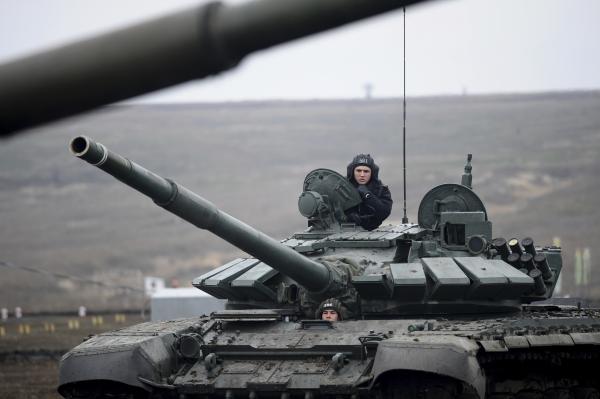 The U.S. refuses to discuss how it might respond to this, but it would likely turn the whole planet into an imperialist chessboard of unpredictable moves and countermoves, with the grave prospect of rapid escalation between these nuclear powers.

Second, the reason negotiations are going nowhere is basically because the U.S. refuses to negotiate; the U.S. has said repeatedly that Russian demands are “a non-starter.”

And what are the Russian demands? According to media reports, Russia essentially wants guarantees that there will be no further expansion of NATO along Russia’s border. Russian leaders say that in 1991, when the Soviet Union collapsed, U.S. and NATO leaders led Russia to believe that NATO would not expand “one inch eastward” into the former members of the Soviet-led Warsaw Pact, nor to the newly independent countries which (like Ukraine) were once part of the Soviet Union. 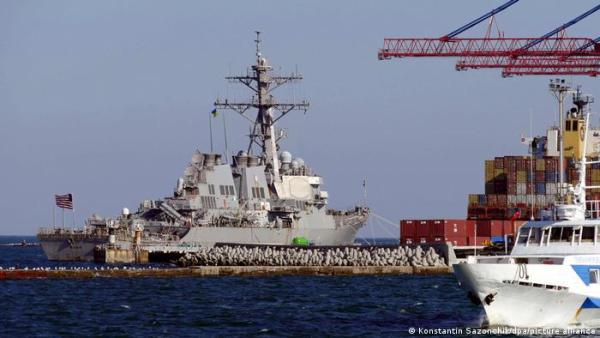 But eight years later, NATO began a rapid eastward expansion, adding 14 members from the former Soviet camp in 13 years. And even countries like Ukraine that are not part of NATO are receiving advanced weaponry from the U.S/NATO. In September 2021, 6,000 Ukrainian and NATO troops held joint training exercises. In November 2021, U.S. warships carried out unscheduled maneuvers in the Black Sea, coming very close to Russia, as U.S. spy planes flew overhead. An official at the U.S. Naval War College acknowledged that the point of this included “showing support for Ukraine and making a statement that we can project power from the sea, even (near) Russia.” (Emphasis added)

In response to Russia raising these kinds of issues as a potential threat, NATO and U.S. leaders have acted shocked and outraged, declaring that “Russia has no right to establish a sphere of influence trying to control their neighbors.”

This is really pretty stunning coming from the side of the U.S., which revels in the most audacious “sphere of influence” in human history, the Monroe Doctrine. Announced by President Monroe in 1823, this doctrine declares the entire Western Hemisphere as the U.S. sphere of influence. This is not ancient history—the Monroe Doctrine is still upheld by U.S. presidents. Nor is it just bluster: Since 1846 the U.S. has intervened in South and Central American countries--militarily, through CIA coups, or in other ways--at least 100 times, at the cost of literally hundreds of thousands of deaths and endless misery for the people of those countries. [For extensive but still incomplete lists of these interventions, go here and here.]

And, talk about “spheres of influence,” in April 1961 the U.S.-backed Bay of Pigs Invasion tried but failed to overthrow Cuba’s pro-Soviet government. In October 1961, the Soviets placed missiles in Cuba. In response, the U.S. took the world to the brink of nuclear war over the course of 12 days to force them out—experts believe this was “the closest point that the world had ever come to global nuclear war.”

In 1980, President Jimmy Carter, the “liberal,” enunciated the Carter Doctrine, declaring, “Let our position be absolutely clear: An attempt by any outside force to gain control of the Persian Gulf region will be regarded as an assault on the vital interests of the United States of America, and such an assault will be repelled by any means necessary, including military force.” This is the Persian Gulf, tens of thousands of miles away from U.S. shores(!), with Carter declaring this within the U.S. sphere of influence.

And yet somehow, negotiating with Russia over the presence of a massive, nuked-up and hostile military alliance on its border is “a non-starter.”

As these rival imperialists lie, deal and scheme, no one knows what the outcome will be, but one thing we can be certain of is that as the danger of war increases, so will the barrage of patriotic propaganda and outright lies from the U.S. government and media—including the liberal media—once again trying to paint the U.S. as the “good guys” standing up against “aggression.”

Don’t fall for it. None of this is in the interests of humanity—what Russia is doing, what the U.S. response is—NONE of it! Don’t let anyone you know fall for it, And DO bring out the truth—that this is a situation in which these rival imperialist powers are putting the lives of millions at risk in pursuit of their own interests, and that the interests of humanity lie in getting rid of the system that creates this jeopardy.

1. This crisis began in November when Russia reportedly amassed 100,000 troops on its side of the border and made demands on the U.S. and NATO that they end their policy of militarizing countries on Russia’s border. [back]

2. NATO—the North Atlantic Treaty Organization—is a U.S.-led military alliance of 28 European countries, plus the U.S. and Canada. Founded in 1948 after World War 2, it was and is mainly an alliance against Russia (formerly the Soviet Union.) [back]