by Noche Diaz, national spokesperson for the Revolution Club

After a record-breaking year of killings by U.S. police in 2022, the LAPD carried out three horrific murders in the first three days of 2023, reminding everyone that until this system is overthrown through an actual revolution, its terror and oppression will go on year after year after year. 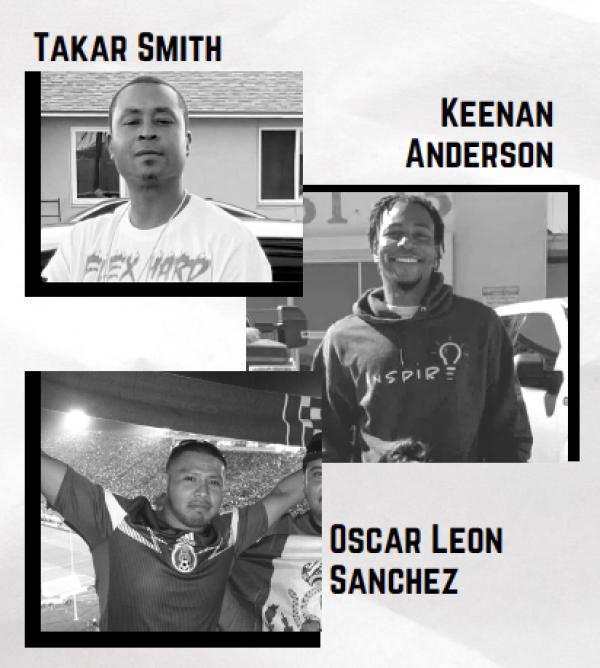 These human beings were needlessly murdered by Los Angeles pigs:

Bob Avakian: The police, Black youth and what kind of a system is this?

This System Has No Answers

Over the past decade, as a movement against police murder surged, all kinds of reforms were proposed and implemented.

Body cams, the great reform that would bring accountability to the police? Watch the videos. You can even watch them in different angles, captured from the body cams of several different cops involved in these cold-blooded murders. And yes, they are cold-blooded.

Better police training to prevent them from acting like wild animals? Watch as these very well-trained, very professional killers methodically end the lives of these men.

More Black and Latino cops? They’re there too.

Special units and resources to deal with mentally ill? Not only does the LAPD have its own special unit, the Mental Evaluation Unit (MEU), to pair armed pigs with social workers, the LA City Council also voted (as a reform in response to the beautiful uprising against the murder of George Floyd) to create additional unarmed crisis response units that would divert such calls away from police. The LAPD didn’t even bother with those niceties.

Listen to the words of Shameka Smith (the wife of Takar Smith) at a press conference held on January 13: “They really failed me. I never knew that by going to the police that they would not help me and they just let me down and I'm just so hurt. My husband was a great man, he just needed help." His mother said, "He needed help, he just needed help and that’s what they were supposed to come and do, not shoot him down like that." And his brother poignantly added, "He needed help and it seems like we called the wrong people for help.”

Think again of Takar, Oscar, and Keenan. Watch the body cam footage. Don’t turn away, or tune out, or tell yourself you’ve seen it all already. Watch the minutes before their lives are ended, and see how vividly these men are aware of the fact that this system hangs a death sentence over their heads, and anyone like them, that any pig can carry out at any time.

The uprisings of the past 10 years were in fact beautiful. But the reforms that came out of them were worse than worthless. They sowed illusions. These murders will continue so long as the system that gave birth to them continues: capitalism-imperialism and a society in which white supremacy has been historically knitted into its fabric.

And here’s the reason why, the basic truth from Bob Avakian (BA), revolutionary leader and author of the new communism:

The role of the police is not to serve and protect the people. It is to serve and protect the system that rules over the people. To enforce the relations of exploitation and oppression, the conditions of poverty, misery and degradation into which the system has cast people and is determined to keep people in. The law and order the police are about, with all of their brutality and murder, is the law and the order that enforces all this oppression and madness.

BAsics, from the talks and writings of Bob Avakian (1:24)

A New Year, Time to Put Real Revolution on the Map

Bob Avakian has also said this:

The fact that this oppression cannot be abolished under this system is not a reason for giving up in despair—it is a compelling reason why this system must be and can be abolished—and it is the fundamental basis for why people can be won to wage the revolutionary struggle to finally bring it down! (From “Racial Oppression Can Be Ended—But Not Under This System”)

Today—with the rulers at each other’s throats and all of society split apart—it is actually more possible to make revolution. But it will take science, it will take leadership, it will take digging into the strategy that Bob Avakian has brought forward, and it will take getting with the revcoms who are fighting to make it happen.

Think again of Takar, Oscar, and Keenan. Watch the body cam footage. Don’t turn away, or tune out, or tell yourself you’ve seen it all already. Watch the minutes before their lives are ended, and see how vividly these men are aware of the fact that this system hangs a death sentence over their heads, and anyone like them, that any pig can carry out at any time.

Instead of being a tail on the Democratic donkey—with its attempt to keep this monstrous system going, and to deal with the growing fascist danger, by relying on the “normal procedures” of this system and doomed efforts to “heal the divisions” that are deepening every day—people need to work for the revolution that is urgently needed, and deal with the fascist danger as part of doing that. (From Something Terrible, Or Something Truly Emancipating: Profound Crisis, Deepening Divisions, The Looming Possibility Of Civil War—And The Revolution That Is Urgently Needed, A Necessary Foundation, A Basic Roadmap For This Revolution)

This new year came in in the ugliest way possible. But there is a way to change all that. Go to youtube.com/therevcoms to watch the interviews with Bob Avakian, learn about and meet a leader who is full of heart and soul, and is hardcore for revolution. Get with the Revolution Clubs and become part of Fighting the Power, and Transforming the People, for Revolution.