Putting Our Heads Together to Push Forward to the $100,000

From members of Revolution Club, Chicago

As part of succeeding in raising $100,000 to put Real Revolution on the Map in 2023, we put together a Zoom meeting with five people who were working on their 10 x 10 challenges (people with few resources pledging to donate $10 and then finding nine other people to each donate $10—with the goal of raising $100 to donate to the revolution). This collective form gave people a way to dig into the different things they were all running into and put minds together to work on solutions.

We started out reading some of the materials on the fund drive summing up people’s experience. And then people rolled up their sleeves.

One person started off with how he was very inspired by the most recent episode of The RNL—Revolution, Nothing Less!—Show (Episode 131) which he had just watched. He commented on the section about the Revolution Tour taking on the murders by police in LA and Dr. Phil Rice’s discussion of his experience raising funds. He said that up to now he had been relying on social media and just reaching out to people that way but was getting no responses.

Another person had gone to her family. Her sister had pledged and that money was already in. But her kids who had pledged hadn’t come through. She talked about how they only made a little money “on the side” and mostly used it to buy “weed and stuff.” “They haven’t run into much in life yet so they don’t really know…”

A third person commented they were having trouble getting people to think beyond capitalism. “They don’t see how anything besides capitalism could work—it’s all they know.” He said, “They don’t understand communism’s uphill climb, what made it fall, and the new chances with the approach of Bob Avakian.”

An older revolutionary recognized the issues in struggling with your kids. He had a bunch of phone calls struggling with his daughters and grandkids in Alabama. Three different times he’d had different grandsons shot in the violence on the streets so these were people who had much reason to want things to change. He told how he had conversations with his daughters and his back and forth with them when they said they “didn’t know anybody”—when he knew that they knew people from church and different social stuff they did. He sent them the clip “BA speaking to those whose life is lived on the desperate edge/Chicago Revolution Club Responds.” After watching THAT, one of the daughters told him she had posted it to her “Unity Group”—one of the social groups she’s involved with.

A member of the Revolution Club who had taken up the 10 x 10 challenge described how people at his job had gotten interested when they overheard him listening to one of the BA Interviews at lunch. He had his Bluetooth speaker since they were allowed to listen to music while they worked so he had put the Interview on the Bluetooth speaker and many of the crew he worked with listened. He then BOLDLY challenged them to donate and half of the crew agreed to.

Also, reflecting back on the Dr. Phil interview, someone commented that Dr. Phil had made the point of what a difference it made when he let BA “speak for himself.”

A number of the people on the Zoom call noted that they had not really used the BA interviews or interview clips with people they were talking to. Realizing that they needed to be doing that they discussed ways they could be using them more. Like having them playing in the house so the kids could hear them and get interested like the co-workers.

One person described how he’d taken palm cards about the interviews to work and told people this guy on the palm card (BA) had worked with the Black Panthers. People didn’t believe it, googled it, and were surprised to confirm that it was true. So just as easily he could pull up some of the clips and let BA talk to people himself.

Given some of these contradictions and problems we considered, “Are there ways the approach with some people could be altered in some way?” Like getting people to take up the Revolutionary Change Jars. Would some people buy tickets for an upcoming fundraising event—as a donation whether they came or not—like they did for the dinners in Cleveland? With an Open Mic/Dinner fundraising event coming up in Chicago—people can sell tickets for donations. And there is supposed to be a machine to count coins at that event so people can bring in the change jars.

The guy who had only been working through social media talked more about Dr. Phil’s comments on The RNL Show. Putting that together with the lessons from the experience of playing the interviews for the co-workers, he realized he needed to be more aggressive in his approach. People can only say “no.” And someone else made the point that if people say “no,” we should ask them “Why?” “We can learn something that way.” The point was also made that, even if you don’t succeed in getting the whole challenge that doesn’t mean you have failed. If you got even one person to come through it is part of the process of getting revolution on the map.

One person was especially excited about just the idea of an open mic for fundraising1—“Could we get this out in other networks of people trying to bring a better world?” While people liked this point it also brought to mind something Dr. Phil talked about. Dr. Phil had described how he had gone “beyond the usual suspects”—people he knows who are politically active—to reach out to OTHER people he knows. And how he was surprised by how much response he got. So were we thinking beyond the “usual suspects”?

During the Zoom meeting we announced the fund drive Livestream on February 19 and read from the Fund Drive leaflet which promotes it, including the statements on the back. The impact of those statements registered with the Zoom participants. One person reflected about what a big deal it IS to have “people in a comfortable situation talking about BA trying to bring a better world into being”—how it impacts people “coming from nothing” to hear that. At the same time people shouldn’t underestimate their own impact. Like the impact of the statement from the mother of a youth killed by the police in Chicago—who was on the call. And how the 10 x 10 challenge brought forward the “5 x 500” challenge.”

The opening paragraph of the leaflet which starts out “Climate destruction… the threat of nuclear war… police murder of Black and Brown people… patriarchal violence… inhuman attacks on immigrants” also brought things back to one of the hard issues right from the beginning—How are people going to spend the little they have? Someone made the point that “we should CHALLENGE people to, one time, put their money to THIS and sacrifice something else they might have spent it on.”

There was a whole lot of back and forth in the short hour, learning from each other and working through problems. People had really gotten into the process and were enthusiastic about coming back together to check in with another Zoom in a week. 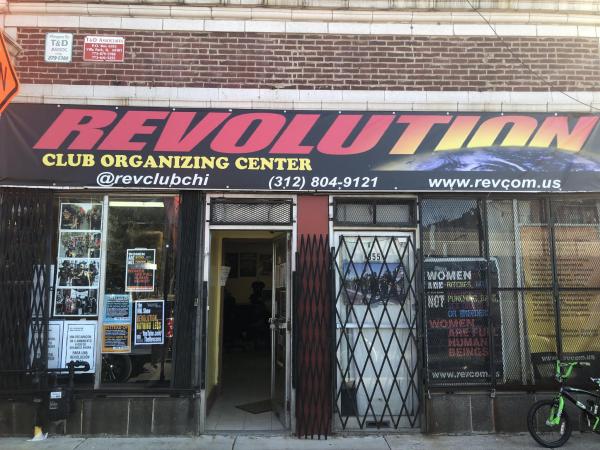 1. Later, after the call, the person who had been really excited by the idea of the Open Mic talked about how important art and culture and the ability to unwind is for people whose every waking moment can be just stress after stress. This reminded him of BA’s comments on having a poetic spirit. [back]