From the International Emergency Campaign to Free Iran’s Political Prisoners

We invite everyone who stands for justice and yearns for a better world to join the International Emergency Campaign this month and step up the fight to free Iran’s political prisoners.

The week of September 20, we’ll be putting this demand before the UN General Assembly and opposing the Islamic Republic’s criminal repression.  On Saturday, September 25, we’ll join with Revolution Books in Harlem and Berkeley to host a special program—“Iran's Political Prisoners Must Be Freed NOW! No U.S. Aggression: An Afternoon of Solidarity & Resistance.”

Through the week—and the month—we’ll be spreading the International Emergency Appeal to Free Iran’s Political Prisoners, which has been endorsed by over 2,700 people including Cornel West, Noam Chomsky, Gloria Steinem, Ariel Dorfman, Jody Williams, Dan Ellsberg, Judith Butler and many other prominent voices, and appeared on the back-cover of the New York Review of Book’s August issue.

We say to the U.S government: NO THREATS OR WAR MOVES AGAINST IRAN, LIFT U.S. SANCTIONS 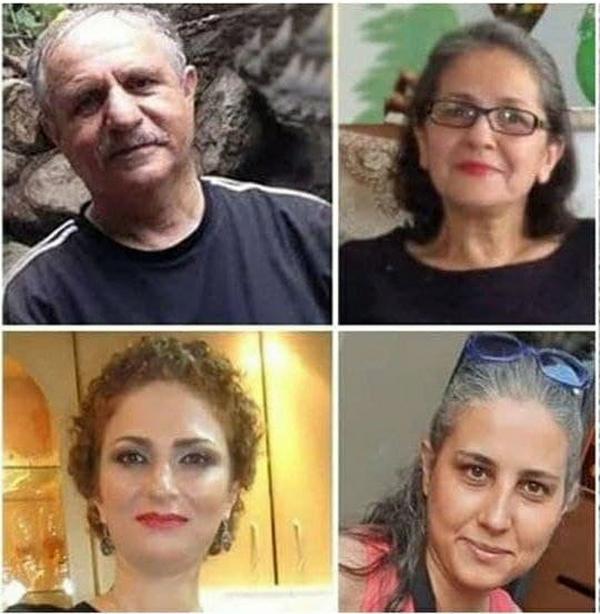 This struggle remains more urgent than ever.   Hundreds remain locked in Iran’s dungeons, tormented, tortured or sometimes executed.  Now the blood-stained criminal Ebrahim Raisi has been installed as president and may address the UN.  Just recently five courageous prisoners, including Nahid Taghavi and Mehran Raoof, were unjustly sentenced for to up to 11 years in prison on trumped-up charges of “propaganda against the state” and allegedly being part of groups banned by IRI Sharia law.  Shortly afterward, their lawyer along with other lawyers and activists were arrested, like attorney Nasrin Sotoudeh and so many others, for heroically standing up for the rights of others at great cost to themselves.

We refuse to let these illegitimate outrages go unopposed or compromise our just demand that all political prisoners held by this lawless theocratic regime be freed! 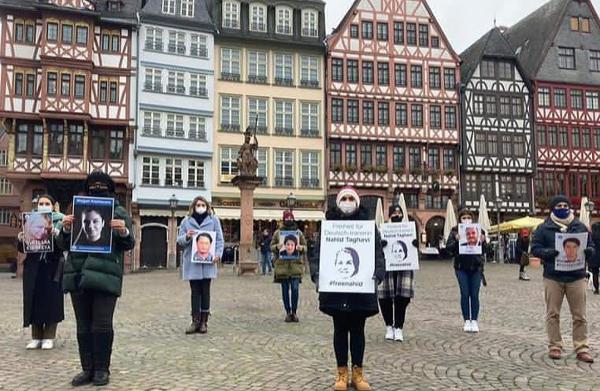 You are needed to put this campaign and its crucial demands before the world.