Beneath the COP26 Facade of “Breakthrough” Climate Agreements

Failure and Fraud at Glasgow: This System Has No Answer to Global Warming 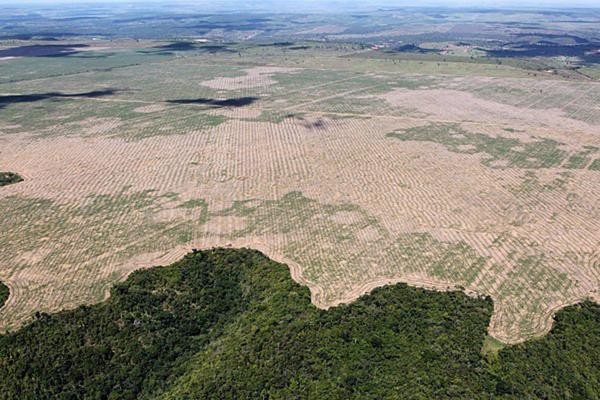 The Glasgow COP26 international climate conference has now been in session for over a week. The agreements reached in the conference are being hailed as big advances to save the planet. This is a cruel hoax. What measures have been pledged—and keep in mind that the governments signing on are not even required to comply with these pledges—are grotesquely out of line with the scale and urgency of the unfolding climate catastrophe. The true purpose is to give cover to the continuing devastation of the planet by the capitalist-imperialist system.

A look at the key agreements made so far starkly reveal the reality.

1) Deforestation Agreement: Hollow Promises While Forests Are Cut and Burned

Some 100 delegates at the Glasgow conference signed a global commitment to halt the destruction of the world's great forests. British Prime Minister Boris Johnson hailed this monstrously empty declaration as “pivotal” to “limiting temperature rises to 1.5 degrees Celsius.”1

Deforestation—especially the massive destruction of the rain forests and old growth forests—IS a huge component of climate change, along with the destruction of the environment and extinction of species. The lungs of the planet are being ripped out. The Amazon rainforest, which once played a major role taking carbon OUT of the atmosphere, is now quickly turning into a contributor of carbon as the forest is destroyed by capitalist-imperialist development.

The countries that have signed the agreement contain 85% of the world’s forests.2 But there is a long history of these deforestation agreements not being worth the paper they are written on. Back in 2005, the UN Forum on Forests committed to “reverse the loss of forest cover worldwide” by 2015. The New York declaration on forests in 2014 saw 200 countries and indigenous peoples’ organizations commit to halve deforestation by 2020 and end it by 2030. What has actually happened since? On average, rates of forest loss have been 41% higher in the years since the New York agreement was signed.3

True to past declarations, the Glasgow agreement is not about stopping deforestation:

*The new agreement does not stop the widespread practice of cutting down old growth forests to create tree plantations to make wood pellets which are then burned for energy. Imperialist countries claim that burning these pellets is “carbon neutral” and helps the environment—so this is allowed under the agreement.

*The new agreement goes by UN definitions, which hold that even if trees are cut down and living forest is completely destroyed, it’s not technically deforestation—if the land is not developed into other commercial uses, or if it’s replanted as tree farm plantations!4 But tree farm plantations involve destroying real, living forests which are the historically evolved homes of many species of plants and animals, and replacing this diversity with a single species to be cut down and sold. And, real, living forests absorb much more carbon than tree plantations.

*The new agreement has no commitment to letting anyone know whether the pledges made are being carried out.

*There is no timetable or concrete plan on when and how to stop cutting down the forests.5

Small wonder that Jair Bolsonaro, president of Brazil, was quick to sign this empty pledge; in less than three years in office, he presided over destruction of 10,000 square miles of the Amazon rain forest.

In sum, the Glasgow pledge to end deforestation demands nothing real and gives the imperialist rulers cover to spout concern for the forests. Meanwhile, their profit-driven system recklessly burns, hacks down, and destroys forests...and metes out genocidal repression to the people who live in the forests when they try to defend the forests and their way of life.

But what's the bigger picture? The imperialists are saying in effect: “Look, we're going to reduce the methane coming from our fossil-fuel-based economies...we'll do this by putting caps on leaks from oil wells and natural gas fields... but we're NOT going to fundamentally draw down fossil-fuel production.” Then they use the methane pledge as proof of decisive action against global warming. A big lie.

What Glasgow is NOT doing is reducing CO2 emissions by massively and rapidly cutting fossil-fuel production and radically restructuring economies towards renewable energy. The nightmare trajectory of uncontrollable carbon emissions and a rapidly warming planet is being further locked in place. 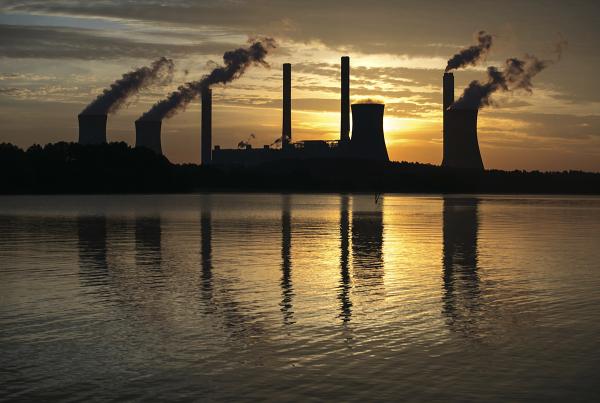 3) The Coal Agreement: “Climate President Biden” Can't Even Commit to Ending the Dirtiest Fuel of All

Coal is the dirtiest fuel of all in terms of contributing to carbon dioxide in the atmosphere. At Glasgow, 40 countries signed an agreement to phase out coal. Alok Sharma, the head of the conference, proclaimed “the end of coal is in sight.”8 But the reality is that the largest consumers of coal and some of the largest producers did not even sign the agreement. China and India, which burn two-thirds of the world’s coal, did not sign, and neither did Australia, a major coal producer.

True to form, the Glasgow coal agreement doesn’t have any deadlines; it only says that major economies commit to phasing out coal power “in the 2030s (or as soon as possible thereafter),” while the rest of the world would phase out coal by around the 2040s. And it doesn’t say whether countries that cut back on coal can just turn instead to other fossil fuels like natural gas.9

As for the U.S., it did not sign the agreement to phase out coal production either. Which is why most people in the U.S. haven’t even heard of the coal agreement—you see, the U.S. government can’t use it to beat up on its rivals, so is keeping quiet about it. Why didn’t the U.S. sign the agreement? Because coal still plays a big role in U.S. energy production and is an important source of profit—20% of electricity in the U.S. comes from coal-fired power plants. The U.S. is also the fourth largest exporter of coal. Another sickening exposure of U.S. claims of “climate leadership”?

The governments that have gathered in Glasgow have shown themselves to be utterly incapable of responding to the environmental crisis. Their conference is a failure and fraud. It is worse than “blah, blah, blah.” This system and its rulers are leading humanity off the cliff. Only revolution gives us the chance to save the planet.

1. “British Prime Minister Boris Johnson said the agreement on deforestation was pivotal to the overarching ambition of limiting temperature rises to 1.5 degrees Celsius.” https://www.cbsnews.com/news/deforestation-end-pledge-2030-cop26/ [back]

6. Methane concentration in the atmosphere is greater than any time in the last 800,000 years. Methane has more than 80 times the warming power of carbon dioxide over the first 20 years after it reaches the atmosphere. CO2 remains in atmosphere much longer. At least 25% of today’s warming is driven by methane from human actions. Only 37% of methane emissions are a byproduct of fossil fuel extraction. 36% comes from agriculture and ranching and 17% is from landfills from home waste – about 9% is other. https://www.epa.gov/ghgemissions/overview-greenhouse-gases [back]

8. Over 40 Countries Pledge at U.N. Climate Summit to End Use of Coal Power [back]

9. Gas produces about half as much carbon dioxide as coal when burned for fuel but is still a major source of greenhouse gas emissions. [back]