Blitzkrieg of Hateful New Laws and Measures in Texas: Marching Toward a Fascist AmeriKKKa

From a correspondent in Texas

The Christian fascists in control of Texas have continued to push through a series of fascist laws aimed at shaping the state of 29 million into a bastion of institutionalized white supremacy, subjugation of women, anti-scientific ignorance, and elevation of religion—especially Christianity— to a special status, for years to come. A revcom.us article from last month exposed and documented much of this. Since then, Christian fascist governor Abbott called yet another “special session” of the state legislature to advance further repressive measures. This article focuses on some measures proposed and enacted, in the month and a half since our last article on this, and beginning efforts to put some of these laws into practice. 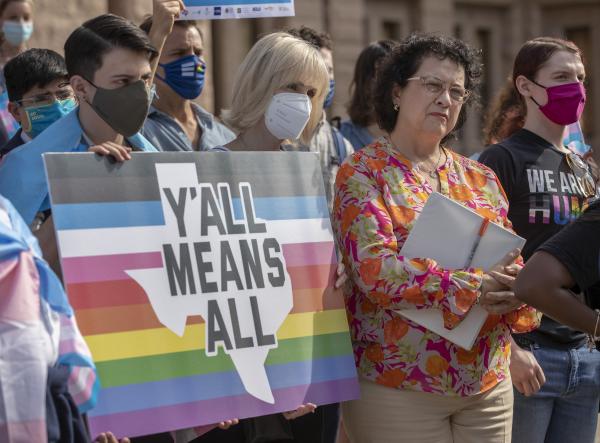 There has been some opposition to this onslaught. On October 2, thousands of people gathered in Houston, Austin, Brownsville and other cities across the state as part of nationwide protests against SB8, the law that essentially outlaws abortions across the state. Small protests against SB8 have been held at the University of Houston and University of Texas.

Isolated protests against different aspects of the fascist program have popped up in high schools across the state:

*At Temple High School, several hundred students walked out and staged a protest in support of Kendall Tinoco, a 16-year-old transgender student who said a teacher denied her access to the girls’ locker room. 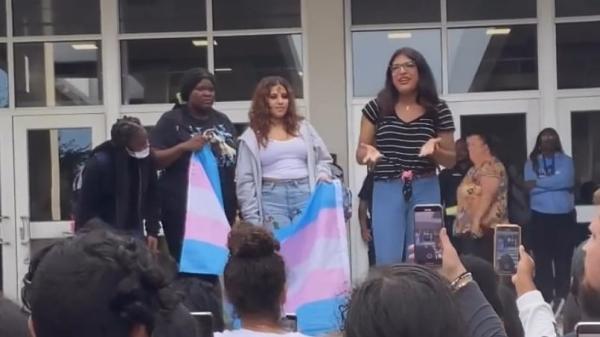 *In Katy, parents and students protested and successfully demanded that books pulled from school libraries for “teach(ing) critical race theory ... and promote(ing) Marxism” be returned.

*In Colleyville, a wealthy and mostly white suburb of Ft. Worth, over 100 students walked out and protested for two consecutive days, in support of their principal, a Black man put on administrative leave and eventually fired after he was accused  of “supporting critical race theory and ‘the conspiracy theory of systemic racism.’”

But much, much more is needed.

A Fascist Order Begins to Form

The Republi-fascists are obliterating “politics as usual.” They are mobilizing violent mobs, taking measures to ensure their domination for years to come, packing the courts with fascists, foisting their ignorant, hateful ideology on society as a whole and on the youth in particular. They have begun to impose the framework of a Christian fascist order on Texas, and there is absolutely no indication they will stop before it is fully in place, and used as a springboard towards imposing it across the entire country.

Meanwhile, the Democrats act as if it's business as usual: plotting voting strategies in a setup that has rendered them powerless; filing lawsuits that get swatted away in the fascist dominated courts. Their impotence in the face of the fascist juggernaut was on vivid display when Sheila Jackson Lee, a nationally prominent Black Congresswoman, went to Austin and whined to the fascist legislature that her own home was taken out of the Houston district she represents—“that map hurts,” she moaned. She was ignored.

The hour is very late indeed. As a refrain in a Bob Dylan song goes, “It’s not dark yet, but it’s getting there.” This entire fascist onslaught, and every one of its measures, must be opposed with massive, ongoing outpourings and resistance. More importantly, a movement for an actual revolution needs to take root and grow in these turbulent conditions. And it can.

The ominous and escalating developments in Texas are an expression of the deep divisions and conflict tearing at this country, and tearing apart those who have ruled it. But this does not have to stay on the terms of this system. These developments also indicate the potential for something radically different, and radically better, to emerge from this turmoil—IF growing numbers of people conscious of the need and basis for that change act on it.

As Bob Avakian wrote in his article THIS IS A RARE TIME WHEN REVOLUTION BECOMES POSSIBLE—WHY THAT IS SO, AND HOW TO SEIZE ON THIS RARE OPPORTUNITY:

In order to seize on the rare opportunity to make revolution, the situation we face must be recognized for what it actually is: People need to raise their heads and broaden their sights, look beyond what is immediately around them, break with illusions and phony “solutions,” and take up the scientific method of the new communism to get a basic understanding, and keep on deepening the understanding, of what is actually going on, what are the very heavy stakes in all this, and what are not only the very negative but also the very positive possibilities for radical change that exist within all this.

1. See for example, Debunking the Voter Fraud Myth, by the Brennan Center for Justice. [back]