Bob Avakian Is Not a “Mad Cult Leader”: He Is a Deep Thinker and Profoundly Thoughtful Leader 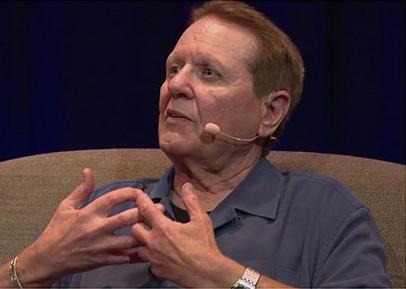 One key “device” of the recent spate of vicious attacks on Rise Up 4 Abortion Rights has hinged on an ugly attempt to utterly distort the revolutionary leader, Bob Avakian, and portray him as some kind of scary, shadowy “cult leader.” Then, because I am a follower of Bob Avakian, I am portrayed as either a dupe or, more often these days, a manipulative operative of this so-called “cult.” Finally, because I am a key initiator and leader in Rise Up 4 Abortion Rights, and because other revcoms are involved in and support the mission of Rise Up, all of Rise Up is then tarred with this toxic (yet profoundly untrue) image. Not only does this seriously weaken the fight for abortion rights, it stigmatizes and sets up for attack a truly profound and absolutely necessary voice. For all those reasons I feel compelled to respond.

Of course, it is important to recognize that Rise Up 4 Abortion Rights was initiated by, is led by, and involves people from a wide array of different political perspectives in the fight for women's fundamental right to abortion. At the same time, no one with any honesty and integrity should give any credence to this gross and destructive distortion of Bob Avakian.

So, it is important to set the record straight on who Bob Avakian actually is.

Bob Avakian (BA) is not a mad cult leader, or superficial and infantile extremist—who, for some seemingly inexplicable reason, I am blindly following, and without which I would somehow do much better, in fighting for the right to abortion and against the oppression of women overall.

No, BA is a very deep thinker and profoundly thoughtful leader. As he stated in his recent Open Letter to the Theoretical Physicist Lee Smolin, BA “has dedicated his life to an understanding of human society and its historical development, and the potential and active struggle for its emancipating transformation—and more specifically as someone who has taken up and applied Marxism/communism to these fundamental questions, precisely not as utopianism but as a scientific method and approach...”

On that basis, BA focuses attention on the fact that the fundamental problem confronting humanity is this system of capitalism-imperialism—the specific way that society is organized, and the world is dominated, on the basis of a definite mode of production. (Mode of production refers to the relations and dynamics of the capitalist economic system, which is now, more than ever, an international economic system of exploitation of billions of people. This includes more than 150 million children in the Third World, such as the tens of thousands of children in Congo mining cobalt for cell phones and other devices. This also includes hundreds of millions of women, such as the women cruelly exploited in garment factories in Bangladesh making much of the clothing people in this country wear.)

BA has scientifically concluded that revolution is necessary to abolish this system and replace it with a radically different system, thus laying the basis to uproot the relations of exploitation and oppression that this system of capitalism-imperialism embodies and brutally enforces, all over the world. He has also deeply studied the history of the communist movement and the socialist societies it brought into being in Russia and China, as well as the reasons for the reversals of those revolutions and the restoration of capitalism in those countries. He has learned from both the principally positive experiences of these socialist societies but also their real, and at times very serious, shortcomings and errors.

On the basis of all this, and drawing from many different dimensions of human experience, BA has developed a new communism. Bob Avakian’s Official Biography explains this as “a continuation of, but also represents a qualitative leap beyond, and in some important ways a break with, communist theory as it had been previously developed.” This includes an actual strategy for revolution in this country; and BA has written a Constitution that provides a sweeping vision and concrete blueprint for the society that would be brought into being through this revolution (the Constitution for the New Socialist Republic in North America, in which, among many other important questions, the right to reproductive freedom is guaranteed and the emancipation of women occupies a prominent place).

BA has also specifically analyzed the reasons why this is a rare time when such a revolution has become more possible, a rare time that must be actively seized on to concretely work and struggle for that revolution.

Others involved in Rise Up need not agree with all this—although many in Rise Up and far beyond certainly do have agreement with him about the profound importance of fighting against the reversal of the right to abortion and the overall oppression of women—but people should recognize the serious and substantial body of work that has resulted from the way BA has devoted himself to the problem of emancipating all of humanity from every form of oppression and exploitation.

And, while I would strongly encourage everyone reading this to seriously engage BA's work, whether or not you choose to do so, as a matter of principle you really should not give credence to the insulting accusations of “cult” and facile dismissal of a lifetime’s work dedicated to the emancipation of humanity.

See also by and about Bob Avakian: