From the Communist Party of Iran, Marxist-Leninist-Maoist:

People of the World: Take up the Cry of Revolution from Iran as Your Own!

What is unfolding with grandeur and magnificence in the four corners of Iran is not an “Iranian” event! It is a cry for liberation from oppressed humanity, especially the female half of humanity, to find a way out from the vicious, ugly oppression they are suffering under the fascist theocratic state of the Islamic Republic of Iran (IRI). With all its particularity and uniqueness, theirs is a universal cry for human emancipation! That is why people from Afghanistan and the rest of the Middle East, all the way to poor, hungry and devastated Africa and even in the more prosperous imperialist countries of Europe and North America are stirred by this cry! The uplifting and beautiful uprising triggered by the brutal murder of the young Jina (Mahsa Amini) at the hands of Iran’s hated “morality” police was long overdue, because the enslavement of women has long been a pillar of the IRI. The world’s people are right to be jubilant at how fearlessly the women in Iran are striking back at their patriarchal enslavement. They feel and see inspiring hope for getting rid of every kind of oppression in every corner of the world, a glimpse of humanity’s potential to carve a radically different world out of all the oppression and exploitation that surrounds us. Especially at a time when the Earth is on the verge of environmental collapse and the big capitalist-imperialist gangsters, such as the U.S. and Russia, are threatening the world with nuclear Armageddon.

So we call on you, the people of the world—and NOT your reactionary rulers!—to stand in solidarity with the uprising of Iran’s people. The reactionary rulers of especially the Western imperialist countries shamelessly parade their so-called sympathy for the uprising—trying to hide the ugly truth of how they—and especially the U.S. imperialists—have committed atrocious crimes to hold down the people of Iran and the Middle East for generations, carrying out bloody coups and imposing feudal sheikhs and shahs on the region’s countries, all to ensure their prosperity and global domination. Enough! Imagine what it would mean to the people of Iran to see the faces of people in these countries and around the world, rising with them in the streets and declaring their own determination to fight for a radically new world.

Opening up a pathway for a real revolution in Iran would change the face of the Middle East and the whole world and lift people’s sights everywhere to the possibility of a revolutionary way out of the life-crushing stranglehold of the capitalist-imperialist system and its endless cruelty to the planet and its eight billion people. We cannot allow such an opportunity to be squandered, for powerful forces inside and outside Iran to get by with a cosmetic facelift to the same old oppressive order, as happened so painfully to the Egyptian people in the “Arab Spring.”

The Islamic Republic is a dictatorship exercising a theocratic Shia regime, and looks somewhat different than the more “familiar” reactionary regimes in countries dominated by imperialism, but let us be crystal clear: this regime has always been an integral part of, and subordinate to, the world capitalist-imperialist system—a system, which is dominated and controlled by the major imperialist powers consisting of both the U.S. and European imperialists, as well as the imperialist China and Russia, while in fierce contention over who gets more share of ravaging the world and impose their enslaving exploitation. The hostility between Islamic Fundamentalism and the imperialist ruling strata has been analyzed by Bob Avakian, revolutionary communist leader and architect of the new communism, decades ago under the concept of the “two outmodeds.” Avakian showed that the rise of Islamic Fundamentalism is in fact “a peculiar expression” of the capitalist-imperialist system, and he emphasized that if you side with either of these reactionary forces, you will wind up strengthening both. This truth has fallen on far too many deaf ears in the world’s progressive movements, who have given up on radically changing the world and settled for surrendering humanity to the so-called “lesser evil” among the reactionaries. So let’s be clear: Islamic Fundamentalism in general and the Islamic Republic of Iran in particular are not “anti-imperialist,” they are part and parcel of the capitalist-imperialist system dominating the world, and these devout mullahs invariably wind up taking shelter under the wings of profane imperialists like Russia’s Putin or China’s Xi Jinping, if not their western counterparts.

To finally put an end to the seemingly endless suffering of Iran’s people requires a real revolution, made by millions of people and led by a revolutionary vanguard with the aim of overthrowing the Islamic theocratic fascist regime and liberating Iran out of the murderous fabric of the capitalist-imperialist system. This requires a communist revolution and establishing a “New Socialist Republic.” It is necessary to face and overcome three huge obstacles: 1) bloody suppression by the still very strong repressive apparatus of the IRI, particularly its Islamic Guard goons, the army and police; 2) naïve fantasies that the “world powers” will help transfer Iran from a brutal theocracy to a bourgeois-democratic regime, free of imperialist domination! There are major forces in the opposition to the Islamic Republic who are striving to spread this dangerous illusion, with powerful backing especially from the Western imperialists; 3) and a dangerous lack of scientific understanding among the masses about what a genuine revolution means and the very real chance of actually making a breakthrough for the emancipation of humanity amidst the stormy tides ripping at the world order today.

We call on you, the people of our precious planet, especially from Afghanistan, the U.S., the UK, Germany, France, Turkey, India, Pakistan as well as China, Ukraine, Russia… to stand with the uprising in Iran, to join your own yearnings for a radically new and better world to the hope beating in the hearts of Iran’s heroic women and men. Go to our party’s, the Communist Party of Iran Marxist-Leninist-Maoist’s, website for Farsi materials and to revcom.us for English and Spanish materials on what a real revolution is, and how the potential for a genuine revolution can be seized upon and turned into reality by building a powerful movement for revolution through leading the people to rely on and wield the whole new framework of human emancipation forged by Bob Avakian in the new communism. 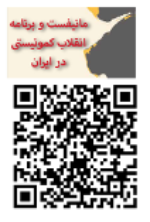 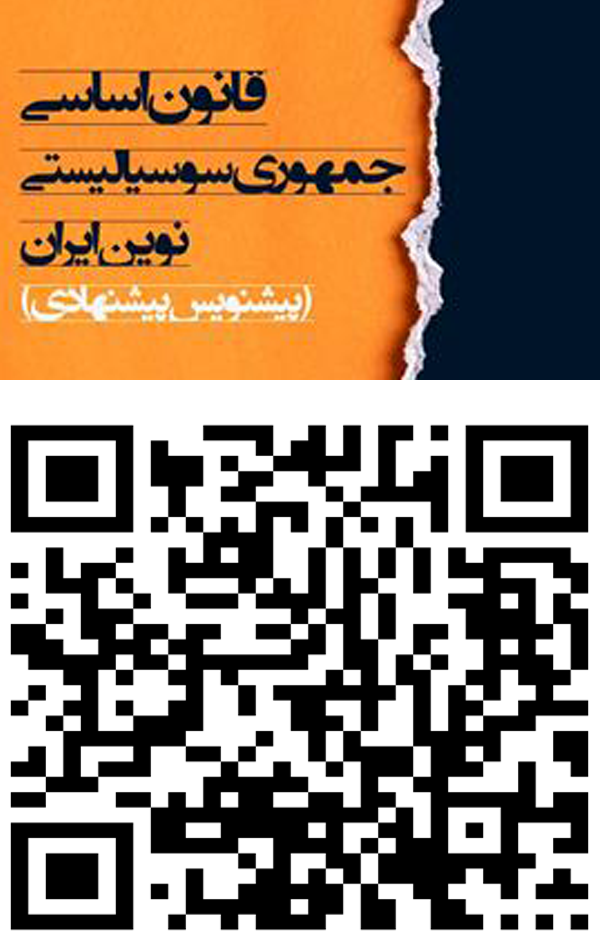