Feeling the Need to “Do More” ... and Getting Out Revolutionary “Seeds”

I’ve been watching for quite a while with admiration, and with longing for this movement to really take off, and for this analysis and leadership really to be seen and felt out there. In the past, I’ve supported in various ways, where I can, when I can, knowing there are a handful of reasons I cannot do as much as is needed. But at the same time I’ve felt drawn to do more. While I cannot act with the level of dedication that is needed from growing numbers right now, today I did a bit more to help the revolutionary movement be seen.

It was early, and there weren’t a ton of people out, but especially in [one] neighborhood, people walking by definitely took notice of the Three Strikes poster. Struck up a conversation around the endless series of police murders with a few guys... and the photos really helped take our talk in the direction of the many different forms the vicious oppression of Black people has taken throughout the history of the U.S. Another guy stopped on his bike, said, “Wow, they’ve got Jim Crow and slavery on here... that’s how deep it goes.” We talked about the historic oppression that even with small reforms that the people may win by standing up, refusing to take this, taking to the streets, and then all of the forms of the “within the system” advocacy that tends to sweep up the energies of people... that oppression will continue to “morph” and to take up new forms as long as this system continues. They said, “It has to start somewhere” but also that keeping Black people down is “built into” this system and that only revolution will undo that in the end.

One offered that he is usually out there with some Muslim guys feeding people on Saturday mornings. We talked a bit about that, he said he wasn’t Muslim but trying to decide whether to convert. I shared that I’m an atheist and while I grew up in “the church,” with time I saw that there was a better way to understand the world as it actually is, and that the group that made these posters is using a scientific approach to understanding our society and laying out the potential for revolution and the way we could get to a radically different world. He nodded in appreciation, we talked a bit more before parting ways... he really wanted to know if there was a way for people from XXX to get to ZZZ for May 1st. I pointed him to the website to get the information... and just kind of left things at that. 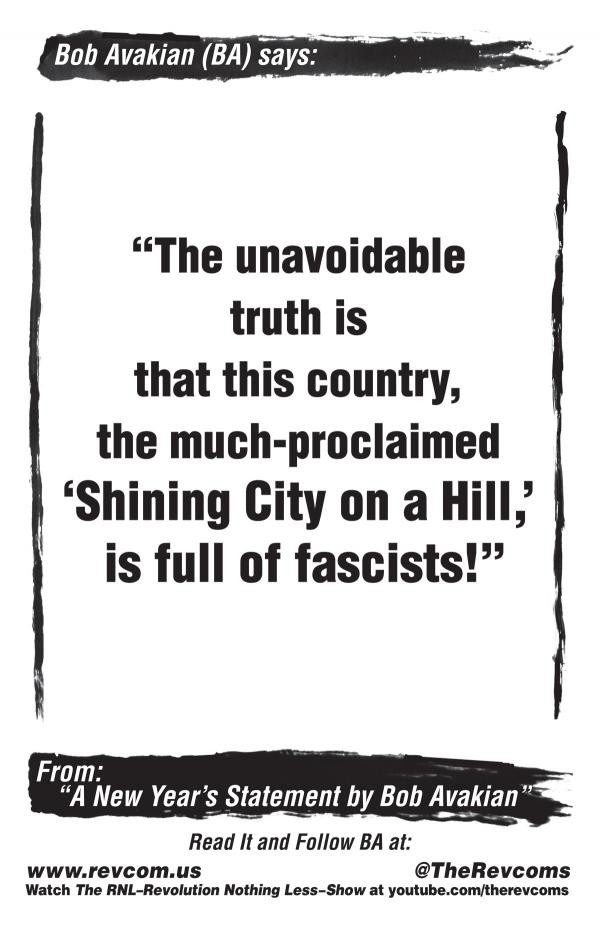 See the powerful seeds to grow the movement for revolution