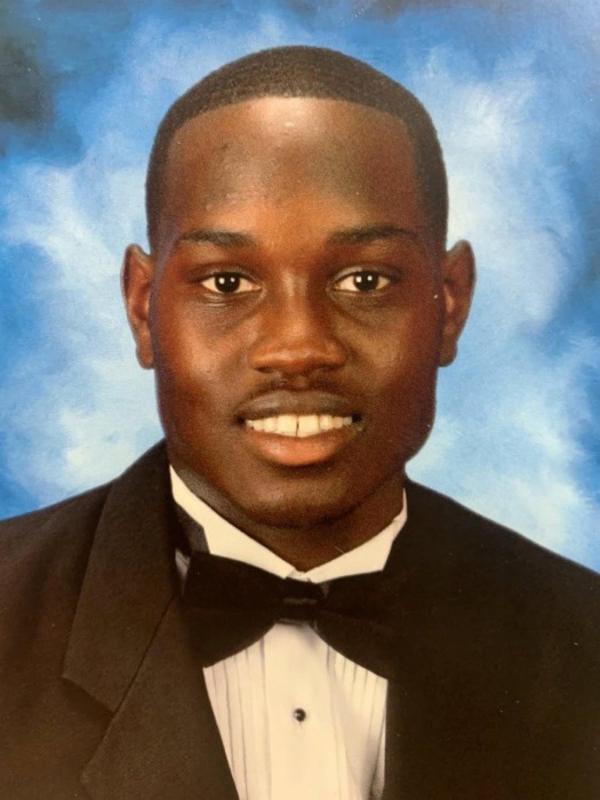 Testimony in the trial of three white men who carried out the 21st-century lynching of Ahmaud Arbery, a 25-year-old Black man, ended this past week in Brunswick, Georgia. Closing arguments are expected on Monday, November 22—check at revcom.us for continuing coverage. As Revolution wrote last week, this trial “has extremely high stakes. Ultimately, they are these: are we going back to a period in which, once again, ‘a Black man had no rights which a white man is bound to respect,’ to quote the infamous pre-Civil War Dred Scott decision by the U.S. Supreme Court.”1

Some basic facts of this case: On February 23, 2020, father and son Gregory and Travis McMichael saw Ahmaud Arbery jogging, grabbed their guns, jumped in a truck and took off in pursuit of him. They soon were joined by their neighbor William Bryan, who repeatedly tried to hit Arbery with his truck. Then the McMichaels tried to block Ahmaud with their truck, and Travis McMichael stood in the truck bed, raised his shotgun, and demanded that Ahmaud stop. Travis McMichael jumped out of his truck, pointing his shotgun directly at Ahmaud Arbery, and a struggle ensued. McMichael shot Arbery three times at close range and killed him.

When the police arrived on the scene, they let the killers go—and for the next two-and-a-half months, no authorities on the local, state, or federal level did a goddam thing to investigate the murder. The only reason that the lynchers were arrested at all was because a video taken by Bryan finally came to light and triggered widespread outrage and anger in Georgia and across the country.

Ahmaud Arbery was doing nothing but taking a jog on a pleasant day, wearing shorts and T-shirt. He was obviously unarmed. Suddenly, he found himself being chased by gun-wielding white men, one of their trucks with a Confederate flag license plate. Imagine the terror this young man went through—his only defense was to run for his life… and when trapped, to try to fend off the attackers with his bare hands. Now these cowardly, vicious racists who lynched Ahmaud claim that they were the ones acting in “self-defense” and were justified in killing him in cold blood.

If the three racists now on trial are not convicted of the murder of Ahmaud Arbery, this would be an intolerable injustice. And it will further fuel the situation in this country where white supremacy is “coming back” with a vengeance.

A Stream of Racist Bullshit

On the last two days of testimony last week, one of the lynchers—Travis McMichael—took the witness stand in his own defense. His testimony was full of self-serving, racist bullshit, that in no way justifies the killing of Arbery. Some examples:

Society Is Polarizing—Which Side Are You On?

Everything about this trial reeks of white supremacy and entitlement. A cornerstone of the defense’s case is a “citizen’s arrest law” Georgia passed in 1863, when the Civil War was beginning to turn against the slave-holding Confederacy Georgia belonged to. Its immediate purpose was to “legitimize” white civilians hunting down escaped slaves. Then, for decades after the Civil War ended, this law was used to hunt down and lynch Black people. It was still on the books when Ahmaud Arbery was murdered.

Defense lawyers succeeded in purging Black people from the jury, to the point that only one remains—in a county that is over 26% Black. This is like a nightmare come back from the long years of Jim Crow segregation, when Black people were completely excluded from serving on juries in Georgia and other Southern states.2 They conducted their case as if it is perfectly understandable and justified for three white men with big trucks and guns to decide to drive down a road with the intent of “catching a criminal”—when they had no proof or legitimate reason for accusing Ahmaud of anything.

They attempted to prevent prominent Black people, specifically Black pastors such as Jesse Jackson and Al Sharpton, from even sitting in the courtroom to observe the proceedings, which is their legal right. One of the defense attorneys threatened to move for a mistrial, using the twisted “logic” that “Third parties are influencing this case. They’ve been doing it from the gallery in this courtroom. They’ve been doing it outside. This is what a public lynching looks like in the 21st century.” (Emphasis added.) In fact, the lawyers for the three killers are a defense team for modern-day lynchers—and trying to prod other white supremacists to support and defend them and become part of that mob, however the verdict in this trial comes out.

It seems that their expectation is that the white people on this jury from rural southern Georgia will “get it.” Beyond this case, the idea that white people with guns can do anything they want “in defense of their community,” and then claim self-defense, has deep roots in this country, and is being acted on and promoted over its length and breadth right now. And the fact is, the prosecution apparently decided not to draw out the racist attitudes and motives of the McMichaels and Bryan.

It is a good thing that people, including many pastors, have been protesting outside the courtroom and demanding justice for Ahmaud Arbery. There needs to be much, much more of this, involving thousands and millions more people, in Georgia and across the country. Given the escalation overall of fascist vigilante mobs with guns going all over attacking and terrorizing people, the stakes are very high.

And now everyone in this society must decide where they stand: On the side of racists who brazenly hunt down and murder Black people, the fascist vigilante thugs and mobs who feel emboldened, and the police who side with them? Or with all decent people who demand, and fight for, an end to such atrocities?

More fundamentally, as A DECLARATION, A CALL TO GET ORGANIZED NOW FOR A REAL REVOLUTION from the Revcoms says:

This situation needs to be radically changed, to where there are masses of people prepared to defeat these fascists and to do so as part of getting rid of this whole system, which has bred these fascists, along with all the other horrors it continually perpetrates. 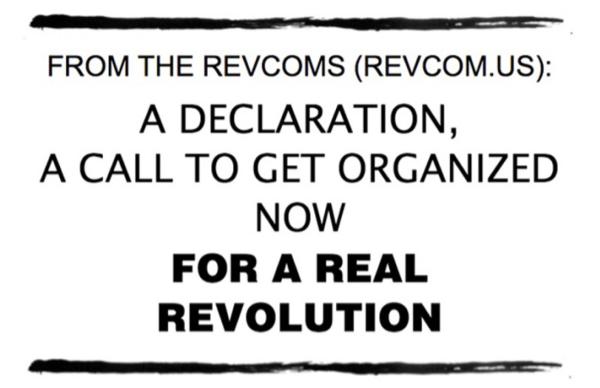 1. In 1857 the U.S. Supreme Court ruled, in what has become known as the Dred Scott case, that Black people are “so far inferior, that they had no rights which the white man was bound to respect.” After the Civil War, this ruling was overturned by the 13th and 14th Amendments to the U.S. Constitution. [back]

2. As a 2013 study reported, “African-American men lost their place on juries in the South in the 1890s. Booker T. Washington observed at the end of the nineteenth century: ‘In the whole of Georgia & Alabama, and other Southern states not a negro juror is allowed to sit in the jury box in state courts.’” [back]