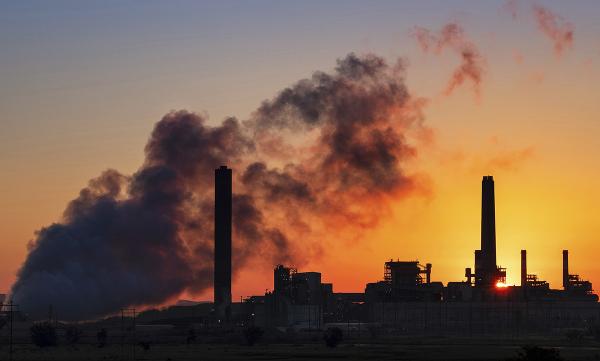 Last week, the Democrats in the Senate announced that there was agreement among them to go ahead with a $369 billion bill to supposedly address the climate crisis—part of a larger $700 billion plus legislation package known as the “Inflation Reduction Act.” Only a month ago, the word was that Biden’s climate bill—already greatly reduced from when he first raised it as part of a $4 trillion spending proposal—was dead in the water because of opposition by one senator, Joe Manchin of West Virginia. But reportedly, top Senate Democrat Schumer and Manchin worked out a deal, and Manchin gave the key green light.

As briefly summarized in a New York Times article, the bill includes “…using billions of dollars in tax incentives to ramp up wind, solar, geothermal, battery and other clean energy industries over the next decade. Companies would receive financial incentives to keep open nuclear plants that might have closed, or to capture emissions from industrial facilities and bury them underground before they can warm the planet. Car buyers with incomes below a certain level would receive a $7,500 tax credit to purchase a new electric vehicle and $4,000 for a used one. Americans would receive rebates to install heat pumps and make their homes more energy-efficient.”

This is being hailed by Democrats and in major media as a “historic” and “ambitious” step to tackle the climate crisis that threatens humanity and all life on the planet—along with an approving chorus of some “environmentalists” like Bill McKibben, who called it a “triumph.”

In reality, this bill is a load of b.s. of historic proportions. You don’t even have to read the “fine print”—the bill includes “concessions” that Manchin apparently demanded in order for him to give his stamp of approval. Under the Schumer-Manchin deal, existing regulations around drilling for oil and gas will be loosened—and the federal government will open up new leases for drilling in places like the Gulf of Mexico and Alaska. As Brett Hartl of the Center for Biological Diversity tweeted, injecting some reality into the discussion, “This deal is a total catastrophe. Its mandate for new leases on oil drilling in the Gulf of Mexico and Alaska's Cook Inlet will lead to more climate pollution—when we're still in a #ClimateEmergency.”

Even more fundamentally, as a Guardian article noted, “The bill doesn’t include any mechanism to specifically phase out fossil fuels, the primary cause of the climate crisis, and, indeed, looks to lock in their use for decades to come due to a compromise struck with Manchin.” This is in the face of the stark reality that in order to actually start to deal with the climate crisis, what is urgently needed is leaving fossil fuels now in the ground untouched. The leading edge of the radical transformation of the economy and society that is needed to seriously address climate change must be de-fossilization, moving radically away from a fossil-fuel based society. Instead, what the “historic” climate bill delivers are various ways the fossil fuel production and use will be perpetuated.

Just think about the obscenity and absurdity of this moment in history: a planet on fire is held hostage to the profit-based logic of the system, capitalism-imperialism, that is the cause of global warming and to the political calculations of an asshole politician and the Democratic Party that coddles him.

It should also be noted that the dollar amount of this climate bill, as the Guardian piece points out, “amounts to far less, even over 10 years, than what the US spends annually on its military.” This is the military of an empire that has some 700 bases in over 70 countries, far more than any other country—a military that, in recent decades, has been the largest single institutional consumer of oil in the world.1

The insistence by Biden and the top Democrats, along with those following their lead, that this bill will return the U.S. to its position as a global “climate leader” is a sinister attempt to pull the wool over the eyes of the people of the world—at a time when what is urgently needed is for people to face up to the realities of a climate crisis rapidly hurtling toward catastrophe… and to what is actually needed to act on this in a way that has a real chance at saving the planet, and in the interests of humanity (see “50 Years Since Earth Day 1: Reflections on the Catastrophe That Is Capitalism-Imperialism,” by Raymond Lotta; and revcom.us climate resource page: Capitalism-Imperialism Is Destroying the Planet…Only Revolution Gives Humanity a Real Chance to Save It).

The hour is late… cast away illusions. Revolution is, in reality, the most realistic way forward—and right now, we are in a time when that revolution is more possible.