In September, over 500 women athletes filed an amicus brief (“friend of the court” statement) with the Supreme Court to oppose a Mississippi anti-abortion law aimed at not only imposing severe restrictions on women’s right to abortion in that state but getting rid of that right across the country. The brief was filed in a case about the Mississippi law that the Supreme Court is scheduled to hear in December. The brief is from athletes “who have exercised, relied on, or support the constitutional right to abortion.” 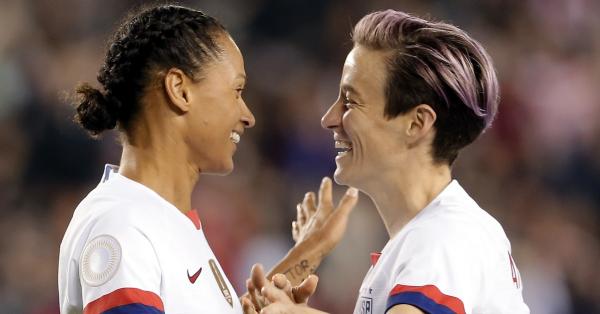 Lynn Williams, left, and Megan Rapinoe, right, are two of the athletes who signed the amicus brief for rights to abortion.    Photo: AP

The Mississippi law restricts abortion after 15 weeks of pregnancy, with no exceptions even for women who are victims of rape or incest. This law makes abortion illegal two months before the third trimester—it is in direct contradiction with, and a blatant challenge to, the landmark 1973 Supreme Court decision of Roe v. Wade that legalized abortion in the U.S. The Supreme Court now has a majority of Christian fascist members, with Trump’s appointments of Neil Gorsuch, Brett Kavanaugh and Amy Coney Barrett joining others like Samuel Alito, Clarence Thomas and John Roberts.1

The brief is packed with a lot of examples, statements, and facts to back up the three key issues being raised:

The brief argues that “Women’s ability to 'participate equally in the economic and social life of the Nation'—including through high school, collegiate, and professional sports—'has been facilitated by their ability to control their reproductive lives.'” 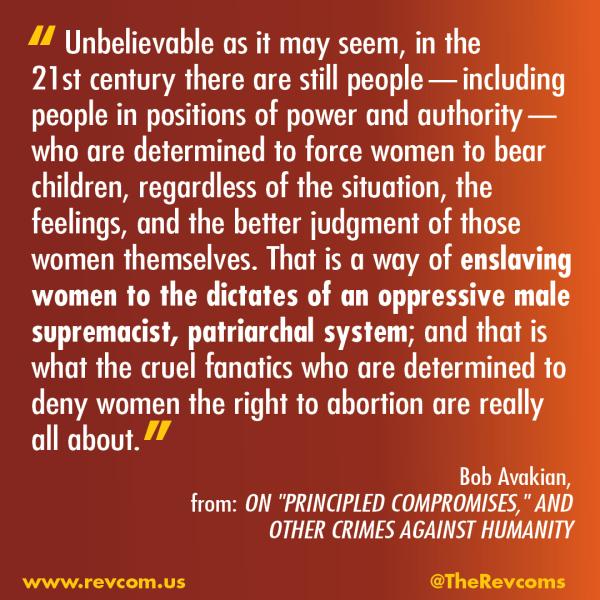 Crissy Perham, an Olympic gold medal swimmer, is quoted in the brief:

When I was in college, I was on birth control, but I accidentally became pregnant. I was on scholarship, I was just starting to succeed in my sport, and I didn’t want to take a year off. I decided to have an abortion. I wasn’t ready to be a mom, and having an abortion felt like I was given a second chance at life. I was able to take control of my future and refocus my priorities. I got better in school, I started training really hard, and that summer, I won my first national championship.

With regards to this fact, the amicus brief states, “Absent women’s ability to control their bodies and reproductive decisions, the remarkable increase in women’s participation and success in athletics—and the concomitant increase in women’s ability to enjoy the physical, financial, social, and emotional benefits of sports—would not have occurred.”

As the amicus brief notes, “The physical realities of pregnancy inevitably affect women’s ability to participate and excel in athletics for a minimum of nine months during pregnancy, as well as the additional time required to recover from giving birth and to breastfeed, for those who choose to do so. The decision whether to take on the challenges of pregnancy and athletics simultaneously must be left to the individual athlete to determine, rather than to the State.”

This brief by all these women athletes is a good sign of prominent people entering into the struggle to stop the Mississippi law and other anti-women, anti-abortion laws. In the article The Fascists Are Clearly Coming for Abortion, and Soon—So Why Is the Response of “the Movement” to Prepare for When It’s Gone? on revcom.us, Toni RedTree talks about how in the face of the fascist offensive against abortion, one of the things that “movement” groups are NOT doing is “bringing forward artists, clergy, sports figures, intellectuals, on an international scale to stand against this and use their platforms to make clear the huge stakes of the fight.” Well, the 500+ women athletes in the amicus brief have stepped forward to do just that. We need much more of that from other prominent people.

But that is not enough by itself. As RedTree notes, there is need for “mounting or calling for an all-out political revolt of millions in the streets like those that have been seen in Poland and Argentina,” and “marshaling our great strength in fully mobilizing the majority of the people who not only support a women’s right to abortion but cannot imagine going back.”

Everyone who is involved in this struggle, one way or another, should take up the call:

Abortion on Demand and Without Apology! 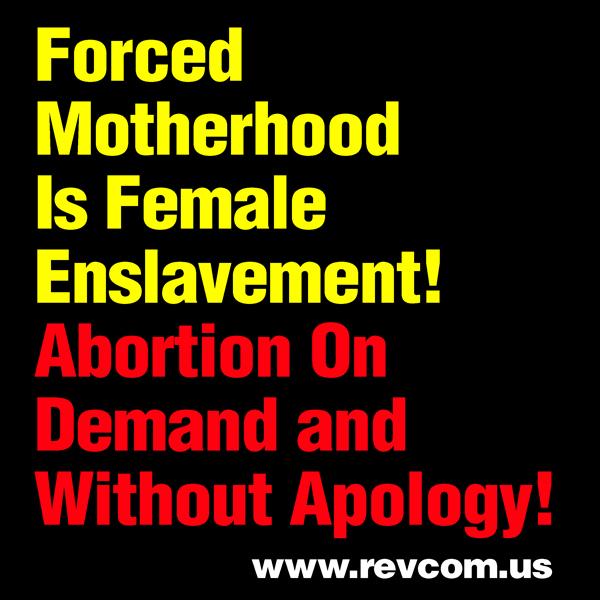 1. For more on the Mississippi law, see “The Stakes of and Dangers for Women’s Right to Abortion: Supreme Court to Hear Mississippi Case on Restriction of Rights” at revcom.us. [back]

3. Title IX is a federal law that was passed as part of the Education Amendments of 1972. It prohibits sex-based discrimination in schools and other educational institutions that receive federal funds. [back]