Women Athletes “Suspected” of Being Transgender Will Require a “Genital Inspection”

There are currently 18 states1 where Republi-fascists have passed laws barring transgender athletes from sports, and they are not done yet. Now a new bill passed June 1 by House Republicans in Ohio takes the fascist attack on trans athletes to new depths. Not only would trans female athletes be banned from taking part in high school and college sports, but any female athlete “suspected” of being transgender would have to prove their gender by having a doctor certify their genitals, along with their hormone levels and genetics. This bill encourages anyone—a defeated competitor, arrogant parent, or boyfriend—to hunt down these trans athletes and question their gender, and those girls and young women would then have to “verify” their gender through a genital inspection.

One Ohio Democrat called the bill “very creepy, borderline assault,” and just plain sick: "No child should be forced to undergo 'genital inspections' so that they can play sports.... Our children's sexual development is none of the Ohio House's business."2

The fascists call this atrocity the “Save Women’s Sports Act,” claiming they're “protecting the integrity of women’s sports.” In fact there is only one transgender girl in Ohio who is currently participating in high school athletics.3

But that didn't keep one of the bill's backers from saying, “I am passionate about this issue because we cannot allow girls’ dreams of being a gold medal athlete to be crushed by biological males stealing their opportunity.”

As we emphasized in revcom.us earlier on anti-trans attacks by Republi-fascists spreading across the country in some depth:

There is some objective complexity to some of the issues that have arisen and been raised about competitive “fairness” especially as applied to trans-women in sports, and at elite and professional levels, and these issues should invite further reasoned reflection and discussion. See Explanatory Note below. But even while the fascists often couch their rationale in terms of “fairness” to women, these attacks on transgender people—and their fascist objectives—have nothing to do with protecting or defending girls and women, in sports or otherwise, and everything to do with reinforcing oppressive patriarchal rules and rigid traditional gender norms which can be boiled down to: females submit to males, at home and in every corner of society.

And as we concluded:

This escalation and intensification of attacks on transgender people by Republican fascists is just that—a fascist campaign—a horrific campaign that is extremely harmful to transgender people and to society more broadly, and needs to be exposed and denounced in the strongest terms.

Explanatory Note: There is some objective complexity to some of the issues that have been raised about competitive “fairness,” especially the question of trans women in sports, and more specifically whether people who identify as female now but were assigned as male at birth should be allowed to compete in women’s sports (whether or not they have actually undergone hormonal treatments and/or sex reassignment surgery), or whether such trans female athletes would inherently benefit from “unfair” competitive advantages which would objectively end up undermining the athletic achievements and prospects of natal females (those who continue to identify with the gender or sex assigned at birth).

Some of these issues stem from the possibility that if males have gone through puberty, then even if they later do undergo a physical transformation from male to female, there are certain physical attributes that they may potentially “carry over” from this process of having gone through puberty as males (such as permanent testosterone-related muscle mass and bone structure changes) which can give them unfair competitive advantages in many sports. This is especially concentrated at elite and professional levels where competitive financial scholarships, sponsorships and other forms of support may greatly impact the futures of competitors. These are issues which require a scientific approach, and should invite further reasoned reflection and discussion of how one might best approach defending the rights and well-being of individual transgender girls and women, while also continuing to fight the ongoing broader obstacles and discrimination traditionally experienced by girls and women in general and all around the globe in the sphere of sports, as in all other dimensions of life, even despite some advances made under Title IX.4 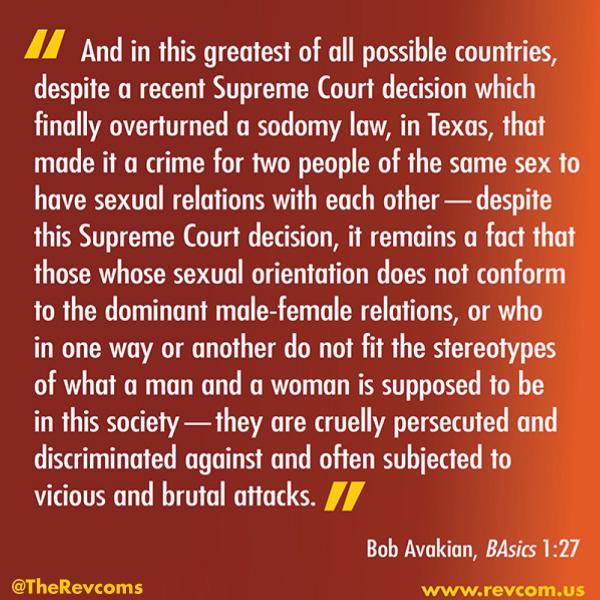 3. According to Equality Ohio and the Ohio High School Athletic Association (OSHAA), cited in Ohio Capitol Journal, June 3, 2022. [back]

4. Title IX is a federal law that was passed as part of the Education Amendments of 1972. It prohibits sex-based discrimination in schools and other educational institutions that receive federal funds. [back]