From the International Emergency Campaign to Free Iran’s Political Prisoners

Report from Burn the Cage / Free the Birds:

The International Emergency Campaign received this message, and photos from the Burn the Cage / Free the Birds movement in Europe:

On Monday, November 8, in the German city of Dusseldorf, "Burn the Cage / Free the Birds" joined with environmental activists, human rights activists and others to shine a light on Iran's treatment of political prisoners, and to demand that they ALL be released immediately.

Despite the evening darkness, the bright posters in German and Farsi, and the spirited protest drew passers-by. Many joined the crowd holding posters. A number of people stepped to the open microphone, adding their voices to the Campaign's protest of the arrest, imprisonment, torture and execution of political, ideological and civil activists by the Islamic Republic of Iran, and to call for the prisoners to be released. 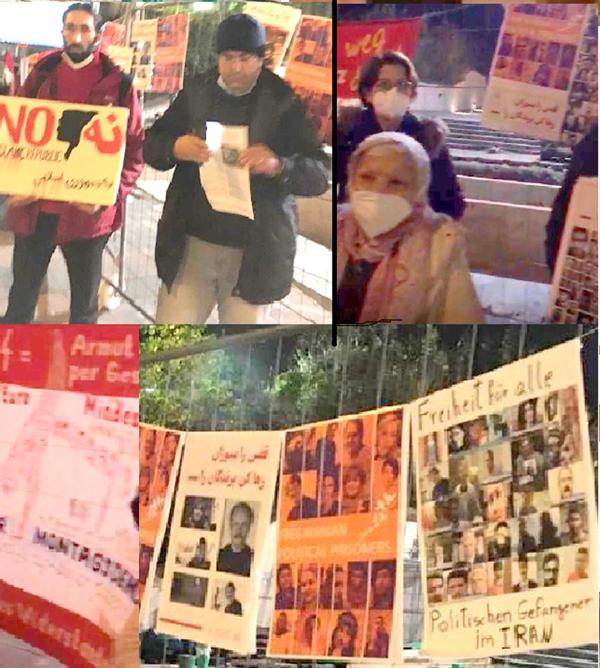 Also new from Burn the Cage/Free the Birds:

Burn the Cage Report on Sept. 25, “Heroism for These Times — Free Iran's Political Prisoners Now: An Afternoon of Solidarity & Resistance"

A "Burn the Cage, Free the Birds" activist wrote a report for Farsi speakers internationally on the "Heroism for These Times: Free Iran's Political Prisoners Now" program on September 25, 2021 at Revolution Books in New York. This report was posted in Farsi in the November  2021 Fire magazine, CPIMLM.org. It included a Farsi translation of excerpts from the speech by Raymond Lotta of Revolution Books.

Read the report translated by the IEC into English HERE.