On Why People Pay Attention to What Kan“Ye” Says

The fact that large numbers of people care about, or even pay any attention to, what someone like Kan“Ye” says about things is itself a reflection of what is seriously wrong with the culture and the thinking (or non-thinking) of far too many people. It is apparently a reflection of the fact that succeeding in parasitism, with the backing of significant parts of the capitalist-imperialist bloodsuckers, makes someone not only an icon (and “role model”) in general but someone whose opinions should be listened to and taken seriously.

In fact, being “clever” in making money, on the basis of this highly parasitic system of worldwide exploitation, is not the same thing as being wise (or well-informed, on a factual and scientific basis); and finding ways to plug into and suck wealth out of the parasitism of this system (as, for example, Kan“Ye” has done with his music and fashion/clothing, which rests on a whole parasitic network of super-exploitation, not incidentally of “people of color” in the actually colonized—or neo-colonized—Third World) is not something to be admired, nor does it makes someone’s ill-founded, and in fact extremely poisonous, “opinions” wisdom! 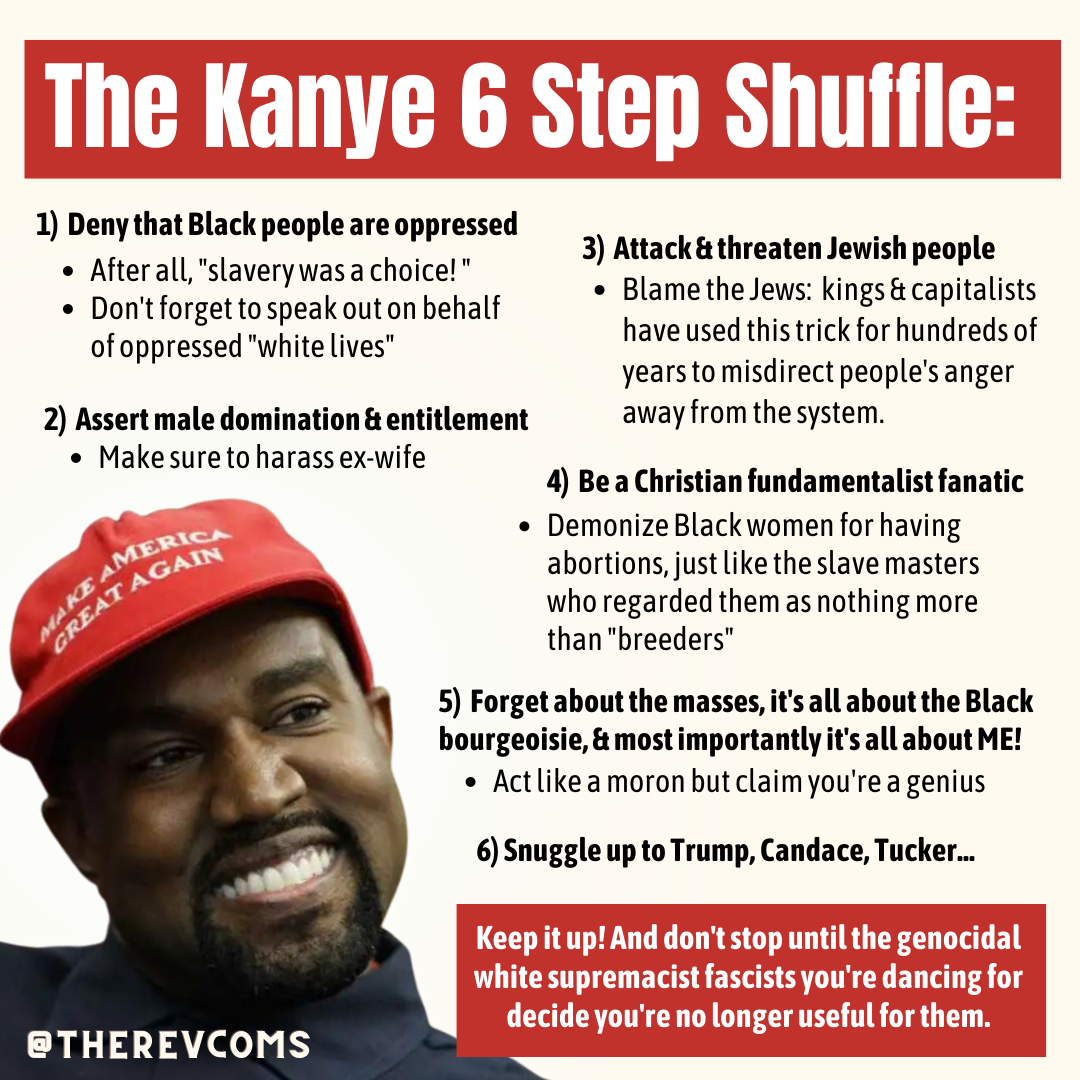