Update from the Emergency Campaign to Free Iran’s Political Prisoners

The Emergency Appeal: The Lives of Iran’s Political Prisoners Hang in the Balance—We Must ACT Now, sounds an alarm about the grave danger facing Iran’s political and prisoners of conscience, warning:

A brutal campaign of arrests, torture and executions is now taking place in Iran. This is an emergency. The lives and dignity of hundreds of political prisoners are in imminent, mortal danger.

Executions, including of political prisoners, are often carried out in secret. It heightens the Emergency Appeal’s challenge that:

All those who stand for justice and yearn for a better world [to] rally to the cause of freeing Iran’s political prisoners NOW.

Amnesty International (AI) has warned of an “alarming rise in executions,” with 49 prisoners executed from December 1, 2020 to February 4. 2021. Now, the UN reports that in recent months, more than 20 members of the Baluch minority have been executed, over 100 Kurdish activists have been detained, and members of the Bahá’í faith have been targeted. And recently the Kurdistan Human Rights Association, Iran Human Rights, and other sources report that the Islamic Republic of Iran (IRI) has carried out a wave of at least 13 executions so far this month alone (mainly for alleged drug charges).

The Persecution and Execution of Political Prisoners

Political prisoners form an extremely broad grouping in Iran. Besides the well-known civil/human/women’s right defense lawyer Nasrin Sotoudeh, there are several other lawyers being prosecuted for their human rights activism, including Mohammad Najafi, Payam Derafshan, and Amirsalar Davoudi.

Eight members of the Persian Wildlife Heritage Foundation were sentenced to prison sentences ranging from four to 10 years for allegedly “collaborating with the hostile state of the U.S.” Iran’s authorities produced no evidence against them and refused to investigate allegations they were tortured.

We must not allow this to happen again.

Last summer, after a massive social media campaign with millions responding to the hashtag #Don’tExecute, three protesters who had been part of the November 2019 uprisings had their executions halted. The Emergency campaign aims to have no less an impact.

Sepideh Kashani was an administrator at the now-defunct Persian Wildlife Heritage Foundation, Iran’s premier conservation NGO. She was as well-behaved and unassuming a prisoner as the guards could have asked for… However, the day Sepideh found out that her husband, Houman Jokar, had been savagely beaten under the stairs in the interrogation block, something inside her snapped. Quiet, obedient Sepideh … simply couldn’t stand that image of her intellectual, softly spoken husband, Iran’s foremost expert on big cat conservation, handcuffed and bleeding, his glasses broken and his ribs kicked in… I have seen acts of exceptional bravery, even foolhardiness, from fellow inmates like Sepideh Kashani…

So writes Kylie Moore-Gilbert, one of the brave former prisoners who have signed the Emergency Appeal. She’s a British-Australian academic who was imprisoned in Iran for over two years, and her powerful, new testimony, The heroes I met fighting Iran’s brutal prison system (The National News, April 16), describes the brutal conditions she witnessed, and the prisoners’ “exceptional bravery.” 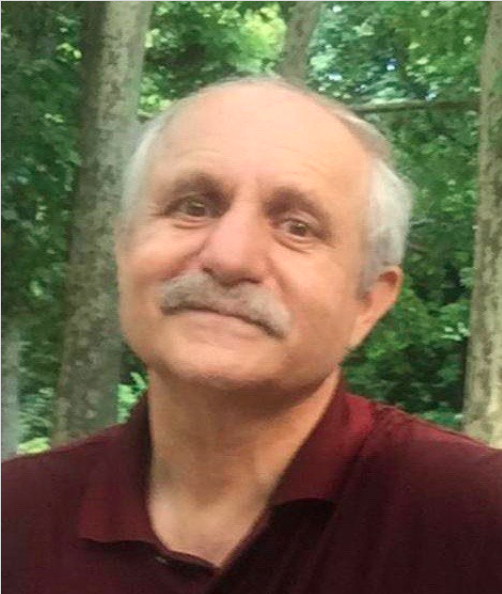 Join, Amplify Courageous Resistance Inside and Outside Iran’s Prisons

Some supporters of labor-rights activist Mehran Raoof have also signed the Appeal. They report that, “so far, more than 90 trade unions worldwide from Argentina to the United Kingdom, 12 human rights organizations from Argentina, Amnesty International, 24 Iranian organizations and groups, and nearly 800 artists, lawyers, political activists and women activists and labor activists from Iran protested the arrest of Mehran Raoof and have demanded his release.”

The Independent Union of Iran recently reported, “Mehran Raoof had been on a hunger strike for several days in early April in protest of the uncertainty of his condition, and as he is over 65 years old, there are serious concerns about his physical health.” They demand “…the authorities… end the illegal treatment of this labor activist and release him immediately and unconditionally.”

Over 200 people have signed the Emergency Appeal so far. Another 700 signed an earlier version of the statement. Among the current signers are former prisoners, supporters and relatives of current prisoners, as well as social justice activists, artists, academics, faith leaders, medical professionals and more.  (See selected list of signers below.)

The Emergency Campaign has also begun to reach the progressive media airwaves. Mariam Claren, daughter of political prisoner Nahid Taghavi, appeared on KPFK radio’s The Michael Slate Show, and We Only Want the World with Sunsara Taylor, which is broadcast on WBAI in New York and WPFW in Washington, DC. Satar Rahami, spokesperson for the International Alliance in Support of Workers in Iran which campaigns for Iran’s political prisoners, was interviewed on the April 10 edition of KPFA’s Evening News in Berkeley.

Yet much more remains to be done in winning freedom and dignity for Iran’s courageous political prisoners. And we here in the U.S.—the belly of the imperialist beast–—have a special responsibility for this. This responsibility is born of the whole history and current reality of U.S. aggressions against Iran, from the CIA coup of 1953 that installed the butcher the Shah, to its bloody fueling of the 1980-88 Iraq-Iran war, to its crippling sanctions today, which have blocked medicines and COVID-19 vaccines and contributed mightily to Iran’s death toll from the disease. All this has caused enormous suffering and destruction. As the Emergency Appeal declares: