War in Ukraine: Inching Towards an Abyss

You may have heard about this on the news. Then again, maybe not. On Tuesday this past week, the world seemed poised to plunge into a major escalation of conflict between two nuclear-armed powers—the U.S. and NATO using Ukraine as a proxy on one side, Russia on the other. But the cause of the alarm turned out to be a misunderstanding, or a mistake, maybe a malfunction, or something like that. Soon everyone calmed down and everything returned to “normal”—normal being massive drone and missile bombings of civilian population centers in Ukraine, two large armies facing off over extensive battlegrounds, leaders on both sides openly speaking of using their enormous nuclear arsenals.

But, yeah, it seems like maybe what happened Tuesday was some sort of mistake. And mistakes happen, right?

On the afternoon of November 15, an explosion in the Polish village of Przewodow killed two people, apparently farmworkers. Przewodow is about 3.5 miles from the Poland-Ukraine border. Poland is a member of NATO (the North Atlantic Treaty Organization), and Article 5 of the NATO charter states that any attack on a NATO member “shall be considered an attack against them all,” allowing NATO to respond “with such action as it deems necessary, including the use of armed force, to restore and maintain the security of the North Atlantic area.” A few hours after the explosion, Ukrainian president Volodymyr Zelensky delivered a radio address. He declared that the explosion in Poland was “a Russian missile attack on collective security. This is a very significant escalation. We must act."

After Zelensky’s statement, “The world was on tenterhooks,” Newsweek wrote. The website The Hill wrote (without any evidence) that “Russian missiles killed two people after crossing into Poland, a U.S. intelligence official told the Associated Press, sparking fears of an escalation of the war in Ukraine.” Alarms and threats erupted and reverberated through world capitals. A sudden escalation in the already horrific and murderous war in Ukraine seemed possible.

NATO ambassadors announced an emergency session to discuss the incident in Poland. Polish president Andrzej Duda said the explosion was “most likely a Russian-made missile.” Presidents of the nearby nations of Latvia and Lithuania joined in the chorus: Gitanas Nauseda of Lithuania declared, "Every inch of NATO territory must be defended!" Duda called an emergency meeting of Poland’s National Security and Defense Affairs committee, and scheduled a meeting with U.S. Secretary of “Defense” Lloyd Austin.

Throughout the day, Russian military leadership insisted that "No strikes on targets near the Ukrainian-Polish state border were made by Russian means of destruction” and that photos of wreckage at the explosion’s site showed that it "has nothing to do with Russian weapons."

Earlier in the year, Joe Biden had sent what he called “an unmistakable message [to Russia] that the United States together with our allies will defend every inch of NATO territory and abide by the commitments we made.” After the explosion in Przewodow, Biden and other top U.S. officials repeated his “every inch” promise. Biden also called Duda and “reaffirmed the United States’ ironclad commitment to NATO.”

The explosion in Poland happened in the context of an intense Russian campaign of drone and missile strikes within Ukraine. On Tuesday, a barrage of over 100 missiles and drones “knocked out power to 10 million people in Ukraine.” Ukraine’s energy minister said this amounted to “the biggest assault yet on [Ukraine’s] battered power grid in nearly nine months of war.” The suffering and hardships of millions of Ukrainians is likely to get more intense as winter’s bitter cold settles in.

But by Wednesday afternoon, Biden and other NATO leaders were saying that the explosion in Poland was probably caused by a Ukrainian anti-drone missile. Austin said that the explosion was likely set off by a Ukrainian missile "that unfortunately landed in Poland." After Zelensky expressed “no doubt” that the missile was Russian, Biden publicly rebuked him, saying “it's unlikely" the missile was fired from Russia.

But Biden, Zelensky, NATO, and Western European leaders all agreed that even if the explosion wasn’t caused by Russia, responsibility for the deaths in Poland definitely should be placed on Russia. The former director of policy planning for NATO said, “The bottom line is Polish territorial integrity was breached as a result of an overall escalation undertaken by Russia with the largest ever missile strike against Ukraine. As a consequence of these [Russian] missile strikes … you have had a misfiring like this."

The truth about this incident, and the differences between Biden and Zelensky that have become increasingly public in recent weeks, aren’t fully known. But the “bottom line” this incident reveals is that in the hair-trigger and highly weaponized environment of the war in Ukraine—a war in which imperialist powers are contending to establish their dominance over their imperialist rival, and which is completely against the interests of the people in Ukraine, Russia, Poland, and everywhere else—the possibility is great that any incident, intentional or otherwise, could lead to events spiraling out of anyone’s control, and triggering a wider conflict with even more destructive—even nuclear—weapons. This is the abyss imperialism has brought humanity to.

IT’S THIS SYSTEM, NOT HUMANITY, THAT NEEDS TO BECOME EXTINCT!

WE DON’T ACCEPT THEIR FUTURE—
IT’S TIME TO GET ORGANIZED FOR A REAL REVOLUTION!

See Revolution’s Ukraine Resource Page for analysis of the war in Ukraine, including several articles by Bob Avakian. 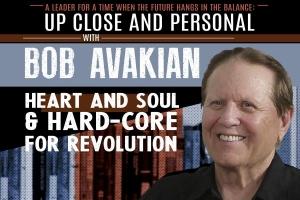