What Got Revealed When the Uvalde Pigs Stood by as the Children Cried Out for Help? 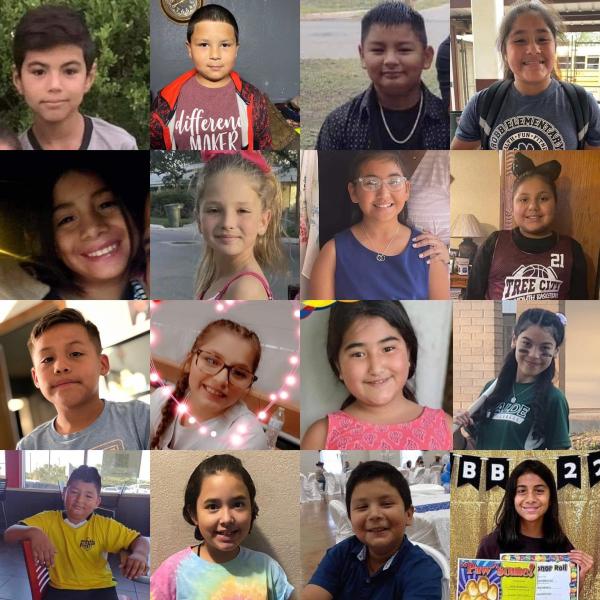 16 of the 19 students massacred at Robb Elementary School in Uvalde, Texas

On May 25, a single gunman terrorized and murdered 19 students and two teachers inside Robb Elementary School in Uvalde, Texas for over an hour as police stood by and did nothing to stop the killer.

Javier Cazares, whose fourth-grade daughter, Jacklyn Cazares, was killed in the attack, raced to the school when he heard the shooting was going on, arriving while police were mobilizing outside the building. Upset those police were not moving in to stop the shooting, he called on people, “Let’s just rush in because the cops aren’t doing anything like they are supposed to.” And while the police refused to move on the killer, they formed a line, rifles and tasers in hand, to prevent parents and others from getting to their children.

Contrast the police paralysis in Uvalde with how over and over and over again, police instantly, almost instinctively, open fire on defenseless Black, Brown and Native American people, even children. Police outside Philadelphia blasted away at a car full of innocent people and killed 8-year-old Fanta Bility. Police in Chicago shot and killed 13-year-old AdamToledo in an instant as he turned to them with his hands in the air. Detroit police invaded the wrong apartment with a flash bang grenade and instantly shot and killed 7-year-old Aiyana Stanley-Jones who was sleeping on a couch. Cleveland police murdered 12 year old Tamir Rice who was playing with a toy gun on an empty playground less than two seconds after arriving on the scene. 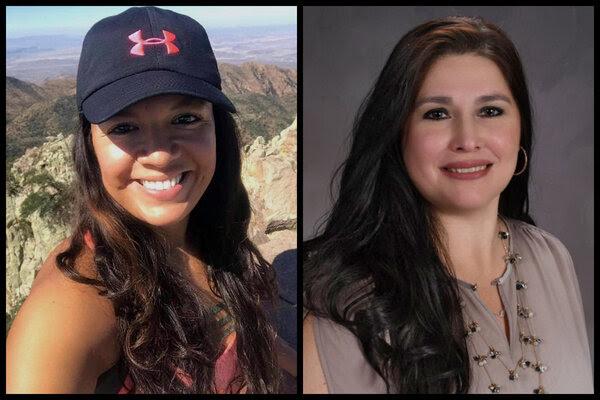 Teachers Eva Mireles and Irma Garcia who attempted to physically block the shooter from entering their classroom, and heroically gave their lives protecting their students.

What this stark contrast illustrates is the profound reality of what Bob Avakian has said:

The role of the police is not to serve and protect the people. It is to serve and protect the system that rules over the people. To enforce the relations of exploitation and oppression, the conditions of poverty, misery and degradation into which the system has cast people and is determined to keep people in. The law and order the police are about, with all of their brutality and murder, is the law and the order that enforces all this oppression and madness.

Meanwhile, the spokespeople for that system rushed to defend their pigs. Texas Governor Abbott, a fanatical fascist, first said that the police “showed amazing courage by running toward gunfire.” And that “the reason it was not worse is because law enforcement officials did what they do.” Later he was forced to back off when the facts were revealed, but otherwise the lie would have gone unchallenged and propagated.

Trump and the odious fascist toad and senator Ted Cruz both made a point to not cancel their speeches to the fascist National Rifle Association, and both called for more armed police in every school (there were dozens of armed police inside and outside Robb Elementary as the massacre continued).

Biden channeled the obscene old refrain that people should comfort (!) themselves by believing “The Lord is near to the brokenhearted and saves the crushed in spirit.” This is more bullshit—in the first place, there is no god, and second, for the chief representative of a system that has set the world record for breaking hearts and crushing spirits to run this nonsense shows how “the Lord” is their first and last resort when they have nothing else to bring people back into the fold after that system has once against wreaked havoc. It’s their go-to way to try to reconcile people with their oppression and the idea that nothing can really be done. And Biden, too, is as much a champion of the police as Trump—and the Democratic Party is a party of piggery.

Based on 911 transcripts released by authorities and news reports.

At 11:30 am, a witness, possibly a teacher, called 911 to say a truck had crashed into the school and a man with a gun was in it. A minute later the gunman opened fire in the school parking lot.

Minutes later, the gunman forced his way into two adjoined, connected classrooms, Room 111 and Room 112. Some 40 students were watching a movie as they completed their lesson. Two teachers put themselves between the gunman and the students, and he shot and killed them.

Two minutes later, at 11:35, three Uvalde Police Department cops arrived at the school. They were joined minutes later by four more, including the deputy county sheriff. By 12:03 pm, almost two dozen police were gathered outside the classrooms where the gunman was killing students. Rather than rush in to save students, and in contrast to the heroism of the unarmed teachers who sacrificed their lives to try to protect students, police remained in the hallway outside of the classrooms.

At 12:21 another student called 911 from a classroom. Gunshots were heard in the background. The terrifying racket of shots echoed throughout the school. Police remained outside the classrooms.

At 12:36 a child called to say the gunman was continuing to shoot. At 12:43, and again at 12:47, she called and asked, please send police now. Police continued to remain outside in the hallway.

Only at 12:51, well over an hour after the shooting and the 911 calls began, and after the arrival of a Border Patrol tactical unit, did police move in. But 19 students and two courageous teachers who tried to shield them from the gunman were dead.