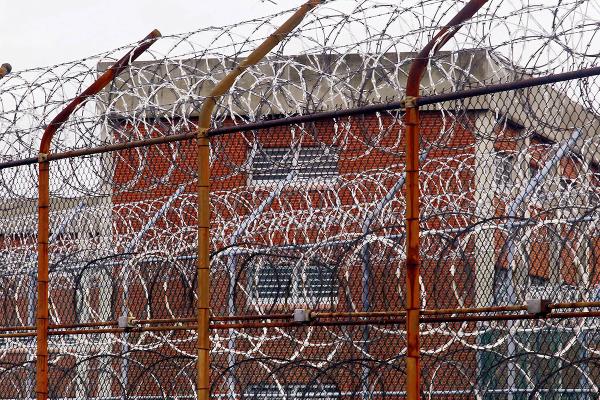 Rikers Island jail is a hellhole so horrible guards brutalize prisoners with impunity. Sixteen prisoners died there and in other NYC jails in the last year.      Photo: AP

Last month, a member of the New York Times editorial board who is viewed as a young, “progressive“ Black voice wrote a column about the newly elected mayor Eric Adams—a Black former pig—that “working-class Black New York…will finally  have its moment.” (“The Rise of Eric Adams and Black New York,” Mara Gay, December 22, 2021)

Did she mean the youth from the mean streets of New York City—overwhelmingly Black and Latino—who are locked in Rikers Island, most for the simple “crime” of lacking bail money?1 Youth like Kalief Browder, driven to suicide from the trauma of being held for three years while he waited for trial for a theft he refused to plead guilty to? Or was it the homeless and destitute, who also end up in Rikers? Are these the members of the Black working class to whom Mara Gay was referring—those who have nothing but their ability to sell their labor, who often bounce between shit jobs and petty hustles, who are channeled into dead-end schools? Because if so, their “moment” right now is a horror so bad that 200 prisoners have been driven to go on a hunger strike.

Rikers is a hellhole so horrible, it must be said, that the last mayor promised—but did not deliver—its closing. It’s notorious for the way in which the prison guards' union runs the show for their own benefit, brutalizing prisoners and doing so with total impunity. Sixteen prisoners died there and in other NYC jails in the last year.

Eric Adams has, in a few short weeks, made an utterly inhumane situation still more hopeless and horrific. Mara Gay’s own newspaper, the New York Times, wrote on January 14 on how Adams has reinstituted solitary confinement (widely condemned by most countries as punishment too cruel to use) in NYC jails, put in a new administrator who immediately fired the top internal investigator “whose aggressive inquiries into officers’ use of force had… drawn the union’s ire,” and made a big show of how close he was to these thugs in blue at press conferences and other official events. (“Jail Unions Gain a Powerful Supporter: The New Mayor,” Jan Ransom, January 15, 2021.) 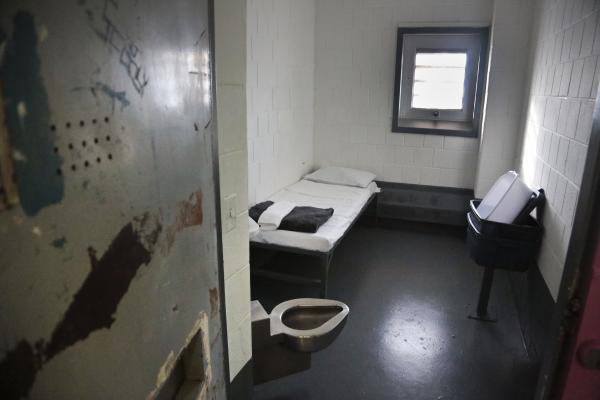 If Mara Gay meant by her column that Adams would represent Black prison guards and Black pigs (the prison guards in Rikers are overwhelmingly Black), then she has a basic misunderstanding: being a brutal enforcer for the capitalists is not a “working-class” job, any more than being an overseer or a “driver” (an overseer recruited from among the slaves) made you anything but a brutal puppet of the slavemaster.

The fact that Adams has done this should shock exactly no one. He campaigned as being “tough on crime,” a racist code-phrase whose meaning does not vary no matter who says it; he opposed getting rid of the apartheid-style stop-and-frisk; and in any case, he answers, and must answer, to the demands of the system.

The question posed by Bob Avakian in “SOMETHING TERRIBLE, OR SOMETHING TRULY EMANCIPATING: Profound Crisis, Deepening Divisions, The Looming Possibility Of Civil War—And The Revolution That Is Urgently Needed, A Necessary Foundation, A Basic Roadmap For This Revolution,” should be posed to Mara Gay and anyone else who fell for the bullshit that having a Brooklyn Black man as mayor would make even a tiny bit of positive difference:

Do they really think that having more “inclusion” of oppressed people in the dominant institutions and the structures of power of this system of capitalism-imperialism will actually change the fundamentally, and horrifically, oppressive nature of this system?  (The First Black President... First female Vice-President.. .First Asian... First Latinx... First Gay... First Trans... First... SAME SYSTEM!) 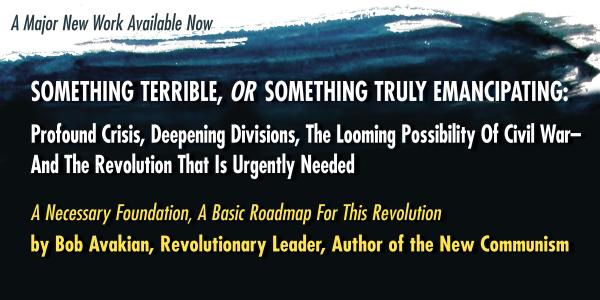 1. The revcom.us article “Bob Avakian on the Law, Justice, and Ending Oppression and Exploitation” cites this provocative statement from him regarding bail: “The denial of bail, including for the most serious accusations (or charges), is in contradistinction to—is fundamentally in conflict with and hostile to—the presumption of innocence.” [back]